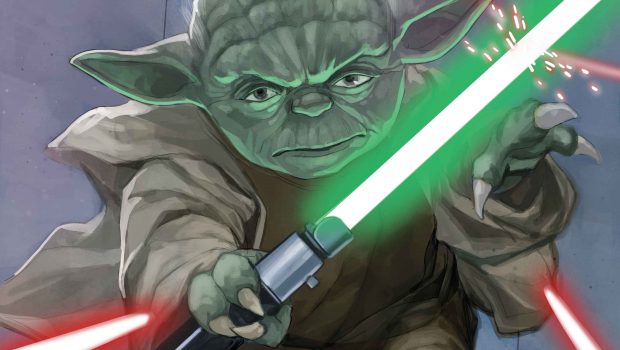 Announced this past weekend at Star Wars Celebration Anaheim, Yoda will star in a brand-new Marvel Comics limited series this October. A ten-issue epic, STAR WARS: YODA will take place during Yoda’s self-imposed exile on Dagobah as he reflects on past adventures. The centuries-spanning saga will be divided into three arcs by three separate creative teams, each set during key moments in the Jedi Master’s long and legendary life.

New York Times bestselling author Cavan Scott and artist Nico Leon will kick things off with a story set during the Star Wars: The High Republic era. They’ll be followed by writers Jody Houser and Marc Guggenheim and artists Luke Ross and Alessandro Miracolo with stories set just before the Prequel Trilogy and near the end of the Clone Wars. Scott and Leon will return to complete the saga in the final issue. Yoda’s first-ever solo comic series, STAR WARS: YODA will reveal unexplored aspects of the Jedi Master’s storied history and shed new light on the mystery that surrounded the iconic character since his debut.

“I’ve been lucky to write Yoda in various projects over the last few years, most notably in Dooku: Jedi Lost, and every time I write him my love for him deepens,” Scott told StarWars.com. “It’s fair to say that my study at home is a shrine for three Star Wars icons: there are a lot of Obi-Wan figures; many, many, many, MANY pieces of Ewok merchandise (do I love those murder bears more than the Lepi? Don’t tell Jaxxon, but there’s every chance!); and then there is Yoda. The little guy is everywhere, in models, in art, and in lots of LEGO. Yoda casts a long shadow over anything he appears in, and writing him is a privilege and a responsibility I take seriously.”

“I’ve been wanting to do a Yoda book since I started working on the STAR WARS titles,” Editor Mark Paniccia added. “Yoda is a very special character to me as he is to everyone working on this series. We all have our hearts and souls in this and I hope the fans enjoy it as much as we have putting it together. It’s really unique and I’m very proud of it.” 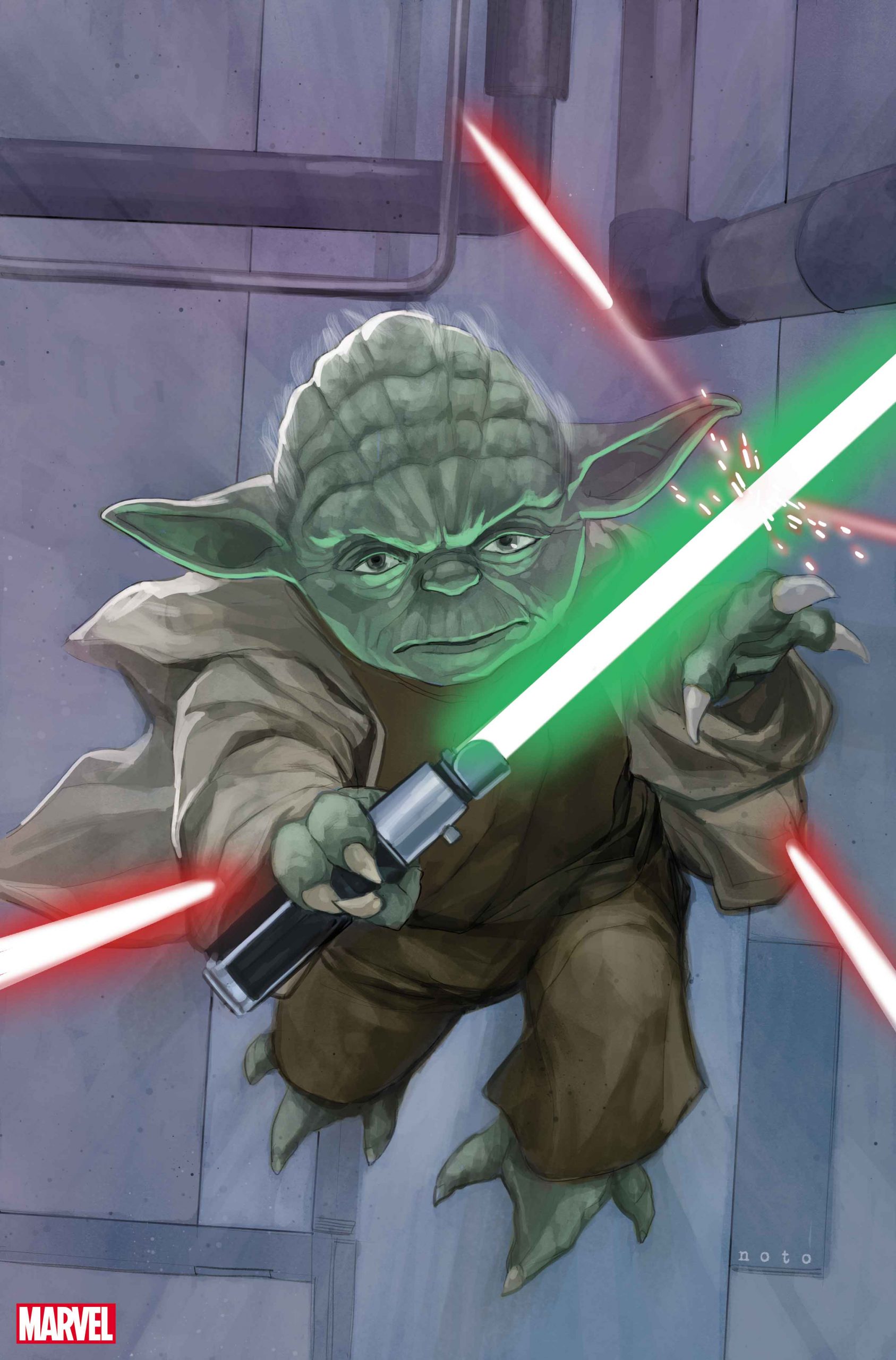 Check out Phil Noto’s cover for the debut issue below and see the legendary Jedi Master like you never have before when STAR WARS: YODA #1 arrives in October! For more information, visit Marvel.com.