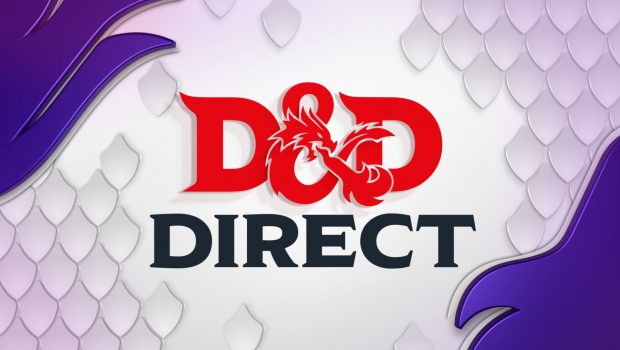 This morning, Wizards of the Coast hosted the first D&D Direct revealing this year’s biggest Dungeons & Dragons (D&D) announcements. You can find the full video here, or individual videos covering each announcement here.

The 30 minute announcement revealed brand new content for adventurers, in addition to details around the new D&D film and updates on Baldur’s Gate 3. See below for more details.

A brand new campaign setting, Spelljammer: Adventures in Space, offers players a new universe to explore, featuring cities built atop asteroids, monster’s lairs within them, or dead gods floating in the ether. Spelljammer includes three hardcover books including The Astral Adventurer’s Guide, Boo’s Astral Menagerie bestiary, as well as Spelljammer’s own adventure the Light of Xaryxis in addition to a unique Dungeon Master’s (DM) screen and poster map. The Astral Adventurer’s Guide features everything a DM needs to kick off their own adventure in space, including six new playable races. Spelljammer: Adventures in Space is available for preorder now, and will release on 17 August 2022.

Journeys Through the Radiant Citadel

The latest anthology of D&D adventures, Journeys Through the Radiant Citadel features stories written by 16 creators inspired by their lives, backgrounds, cultures and myths. The anthology covers 13 new adventures, and 15 new locations for characters from levels one to 14. The anthology is available now for preorder and releases on 22 June 2022.

Dragonlance is returning to D&D later this year featuring a brand new adventure book and battle game to create a new way to play D&D. Dragonlance: Shadow of the Dragon Queen is an adventure book that tells a brand new story at the beginning of the War of the Lance. Dragonlance: Warriors of Krynn introduces a war game experience to D&D 5th Edition, featuring large scale military battles.

Wizards have released a fresh Starter Set for those eager to jump into D&D for the first time. Dragons of Stormwreck Isle offers a fresh new adventure, in addition to new digital onboarding tools and everything you need to play. The new D&D Starter Set is available for preorder now, and will release later this year.

More details have been revealed about the upcoming D&D film, including its official title, Dungeons & Dragons: Honor Among Thieves. The official release date has also been confirmed for 3 March 2023.

Presented by Larian Studios, new footage was shared following the most recent updates on Baldur’s Gate 3. Gameplay footage highlighted high fidelity visuals, characters, brand new classes and locations as well as combat. Fans can jump into the early access now, with a full release planned for 2023.