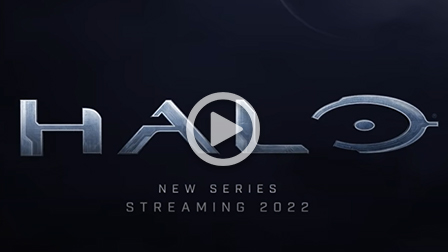 During the eighth Annual Game Awards livestream, Paramount+ revealed the first look trailer for HALO, the service’s highly anticipated upcoming original series based on the iconic Xbox franchise. HALO will launch on Paramount+ in the U.S. and in all international markets where the streaming service will be available in 2022.

As a live-action series exclusively for Paramount+, HALO will take place in the universe that first came to be in 2001 with the launch of Xbox®’s first “Halo” game. Dramatizing an epic 26th-century conflict between humanity and an alien threat known as the Covenant, HALO the series will weave deeply drawn personal stories with action, adventure and a richly imagined vision of the future.

“Halo” reinvented how people think about video games and has grown into a global entertainment phenomenon, having sold more than 82 million copies worldwide and grossing more than $6 billion in lifetime total sales revenue.

HALO is produced by SHOWTIME® in partnership with 343 Industries, along with Amblin Television.