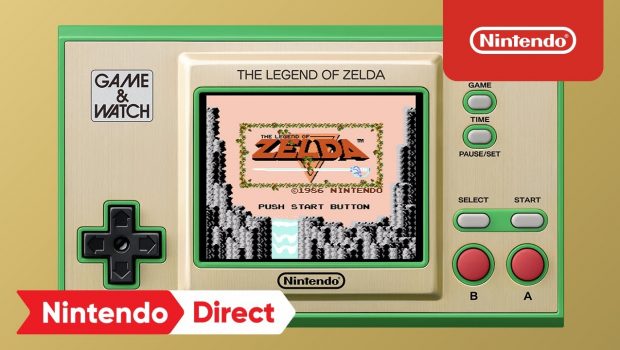 Long ago, Nintendo created a legendary series of adventures featuring a hero named Link. In these sprawling journeys, Link would explore mysterious dungeons, bustling villages and even a tropical island, all while battling treacherous monsters and navigating tricky traps, saving Princess Zelda from Ganon’s minions and ultimately uniting the Triforce. These classic games set the foundation for the Legend of Zelda series and the decades of adventures that would follow.

Game & Watch: The Legend of Zelda is available at select retailers across Australia and New Zealand and the My Nintendo Store from today. With a retro look, legendary flourishes and the power to save Hyrule, this stylish handheld system is a jam-packed tribute to iconic Nintendo fun. And just like the games that inspired it, the Game & Watch: The Legend of Zelda system itself has fun features for curious adventures to discover. The hour is at hand…it’s time to begin your “most adventuresome quest” yet!