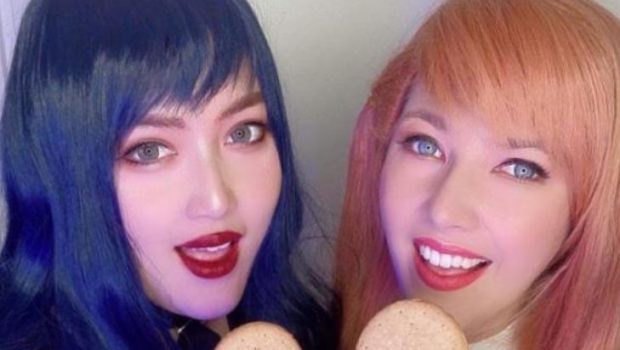 With International Friendship Day (30 July) and inspired by a case study about the lasting friendships formed through Final Fantasy XIV Online (FFXIV) which now boasts over 22 million players globally, Impulse Gamer had the chance to catch-up with two players who not only became friends online but also in the real world.

Li from Milson’s Point and Matija from Schofields (NSW) met on FFXIV through mutual friends. Li was a veteran of the game and helped Matija out, quickly forming a close bond. They’ve now been friends for over a year and catch up both in-game and in real life several times a week. Matija will be Li’s bridesmaid in her upcoming wedding. 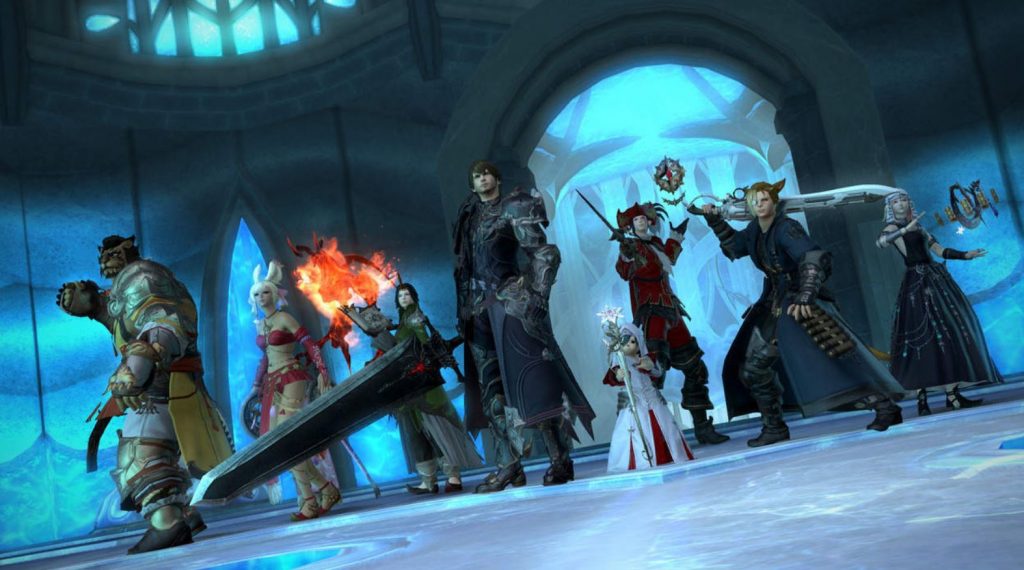 What drew you both to Final Fantasy XIV Online?

Li: for me I first discovered the game when I was diagnosed with kidney failure and I played it a lot on dialysis while waiting for an organ transplant. As I became immunocompromised because of it I was unable to go out much or socialise much in public without getting very ill. FFXIV was a way to connect with others and be social and no one judged me for my disability in the ingame community, whereas they did in real life…it was really nice and welcoming! I really love being part of it!!

Tija: My brothers purchased a subscription for me to cheer me up during the Covid lockdown in 2020. I had to close down my business and was feeling lost and isolated. I’ve always loved the original FF games (I own every single one from FFVII onwards) so they knew I’d love FFXIV. I was hesitant at first, as I didn’t know anyone outside my brothers who played but I ended up falling in love with the game.

What do you both LOVE about FFXIV?

Li: I love the community, the gorgeous worlds and areas you can lose yourself in and the character designs! I also love the lore and I’m quite emotionally attached to the characters in the game. Especially, I have a weakness for well written villains!

Tija: The music, it’s just so beautiful (yes even the La hee in Shadowbringers). But what I truly love is the community. I’ve made friends from all over the world and throughout our time playing together we’ve laughed and cried, whether it was one of us learning the ropes of a new class or finally overcoming that Savage raid we spent over 2 months learning, the whole experience has been awesome. 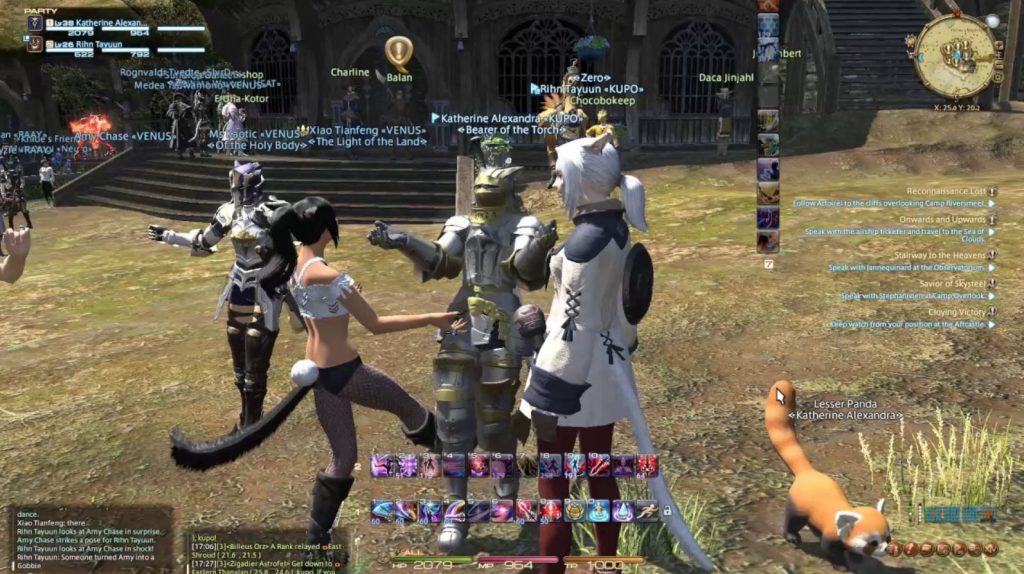 Tell us how you both met in FFXIV?

Tija: Li runs an FFXIV discord which my brother invited me to join. I was nervous at first, I hadn’t played an MMO with people online before and was worried that I’d be too new to fit in, but it was the complete opposite. Li was so welcoming; I joined their FC and gained an online family.

How did your friendship form?

Li: After hanging out and running a lot of dungeons and playing together we realised just how much we had in common and just how big Final Fantasy fans we were. We were saying…we need to cosplay together! And then we just kept making more cosplay plans and hangout plans. Eventually one day Tija invited me out for a fancy high tea just like our characters would do ingame. And now high tea is such a staple part of our friendship!!

Tija: Li was always happy to jump into a dungeon or raid with me to help me through the story of the game. During these times we would be on discord, and we’d chat about so many things, we found we had a lot in common and we decided to meet up in person. We immediately clicked, and since then we’ve been a constant in each other’s lives.

What do you love about playing together on FFXIV?

Tija: Honestly, we laugh so much, all the time. One minute we’re seriously raiding and the next we’re in fits of laughter. 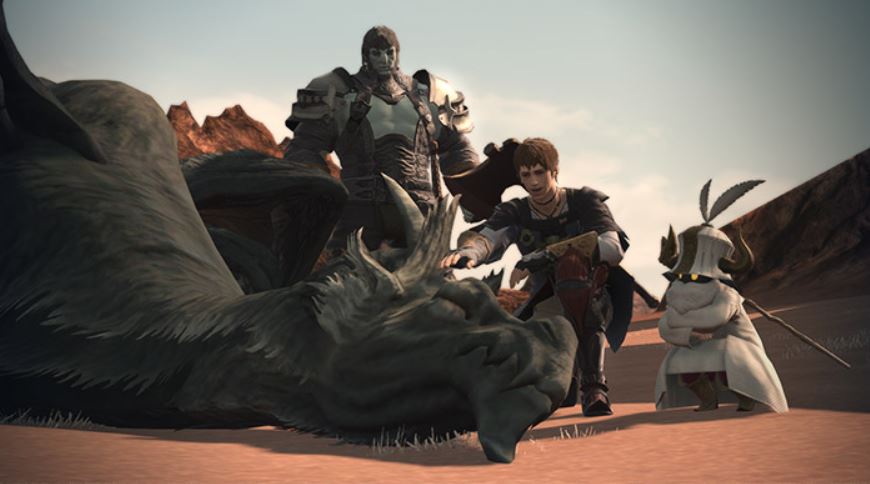 Li: We both look good while standing in AOEs! (the damage areas in fights you’re not supposed to stand in lol)

Tija: I die, Li revives me, Li tanks, I support, we’re a team – it’s all about balance.

Li: Tija can’t tell directions in a boss fight (ie. West, East of the arena etc.) IT’S HECTIC lmao. We will be screaming West..WEST!! And she’ll go the other way. We’ve had to develop a whole new system with colours so now we yell ‘PURPLE TIJA PURPLE’. Improvise. Adapt. Overcome haha.

How did your virtual friendship grow into a real-world one?

Tija: After the first time we met up in person, we started to message each other a lot to plan cosplay shoots, enjoy good food or just hang out and drink tea. While spending time with each other we felt comfortable to be our authentic selves and relax in each other’s presence. Naturally, we became close and now I couldn’t imagine not having Li in my life. 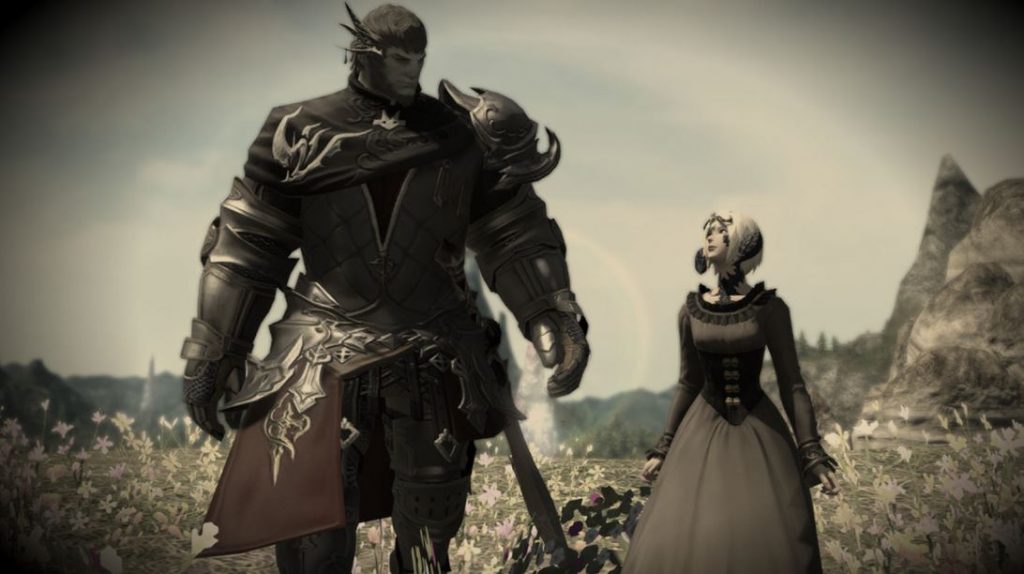 What was it like meeting for the first time?

Li: I arrived just after Tija to our high tea and the waiter who took me to our table was like oh you’re here to see the beautiful lady? And that’s definitely Tija’s vibe, she looks like an actual Final Fantasy character come to life. I’m so happy I have such an attractive friend LOL! So I’ll always think of Tija as ‘the beautiful lady’

But when we met and chatted about our interests and what drives us, I heard about her work and life story, she’s beautiful both inside and out. I love her soul and who she is, which is what matters most to me!

Tija: Firstly, Li is drop dead gorgeous and has killer style. When we met, we went out for high tea. I remember we were messaging each other what we were going to wear, and we ended up looking like Ryne and Gaia, I was dressed all in white and Li was dressed in black. We made the perfect pair and that’s exactly what it felt like, it wasn’t awkward at all, it didn’t feel like we were only meeting in person for the first time.

Also why do you think your virtual friendship has transferred to the real-world so well?

Li: We are both highly driven, creative individuals who came from rough backgrounds. From a very young age we have had to develop our independence and survival skills in the face of extreme adversity. I guess we connect on that level. We are also both people who have taken that strife and experiences and  try putting it back in our creative works, our families and our volunteering projects. I think we both just want to try our best to make a small positive impact where we can so that others can feel safe. 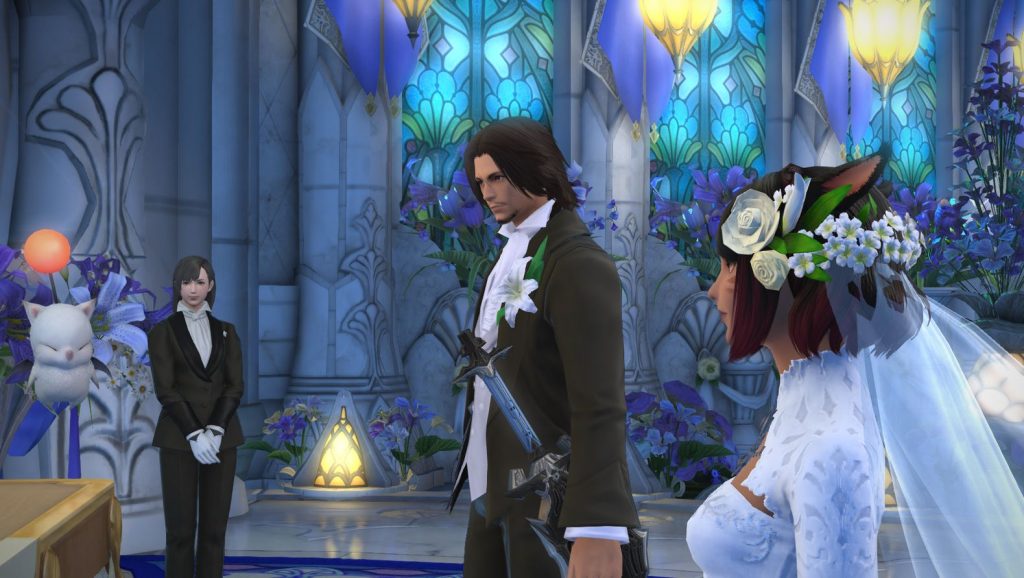 Li, you’re about to get married, so congrats! And Matija will be your bridesmaid (awesome), what are you most looking forward to on the day?

Li: Thank you! I’m really really looking forward to having a proper wedding ceremony once it’s safe to do so in New Zealand with all our friends and family. I’m so excited to have a big fantasy inspired wedding in Hobbiton. I would love to see all my fellow Warriors of Light there! I want to dance to Eurovision songs and drink mead.

So with Lockdown all across Australia, are you playing more FFXIV now and what’s your main focus in the game at present?

Li: Tija and I just made twin bunnies in FFXIV (the Viera race)so we are all ready to start the next expansion with! We are so excited for Endwalker! We’ve been playing a lot of games in lockdown especially Genshin Impact while we wait for the next FFXIV expansion to drop….OUR BODIES ARE READY MENTALLY AND PHYSICALLY!!!

Lastly, how would you sum up your friendship together?

Li: Coffee biscuits and high tea.. and one of us is definitely an Ascian, have fun guessing which one!

Tija: I may have eaten all of the coffee biscuits, but that doesn’t make me the Ascian .. or does it? 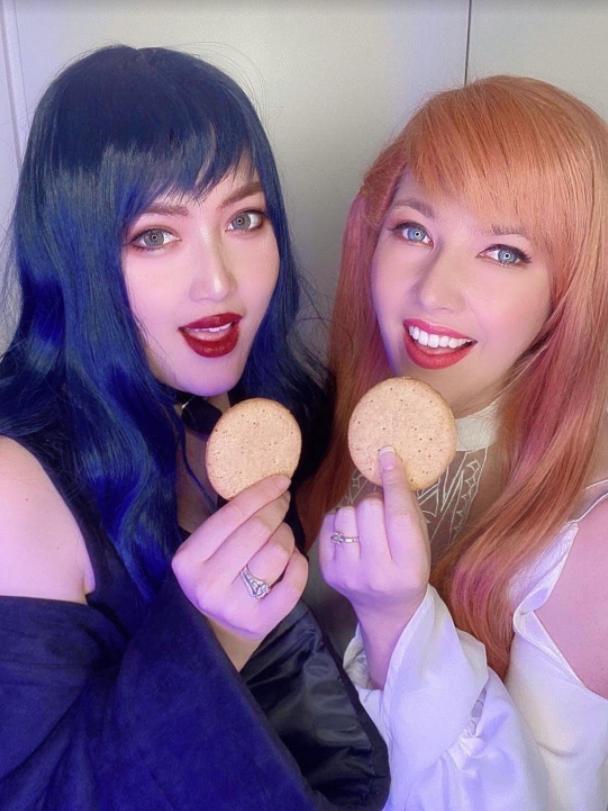