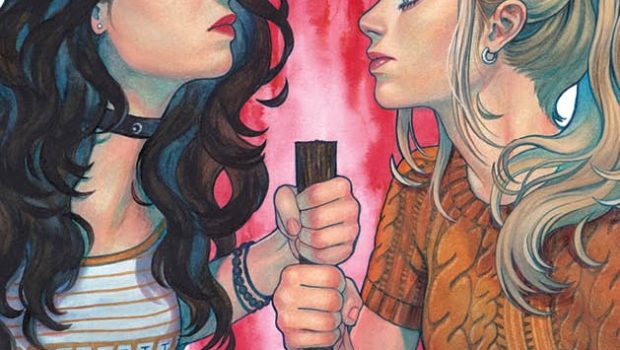 Summary: The discovery of the multiverse in the Buffy universe possibly threatens everything

While our favourite TV series and films may have ended, thankfully some continue in other mediums and fans of Buffy have been enjoying many a comic since this amazing series ended on 20 May 2003. So today, we’re checking out Buffy #27 that is written by Jeremy Lambert with art by Carmela Zagaria, colours by Raul Angula and lettering by Ed Dukeshire who successfully bring these characters back. It’s also a follow-up issue that saw the Scooby Gang get a glimpse of different realities in Buffy #26 and what could have been. Needless to say, it left some, more so Buffy and Giles a little shell shocked by the knowledge of a multiverse and its endless possibilities. 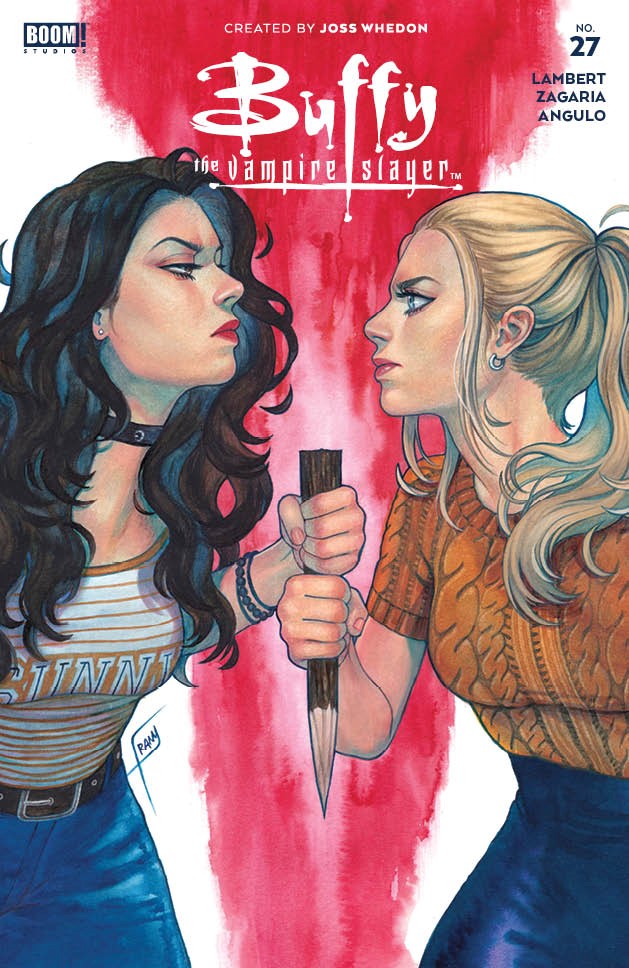 The story opens with a nightmare as Buffy is back at Sunnydale High and gruesomely discovers her decapitated head in multiple lockers with Giles disclosing to his psychiatrist that while he worries about the trivial matters, he is trying to get his head around the multiverse, including its threats and that there are other Giles in alternate realities. Although Buffy’s mom tries to console our slayer, she is too distracted about these bigger threats and discloses that she is actually scared. 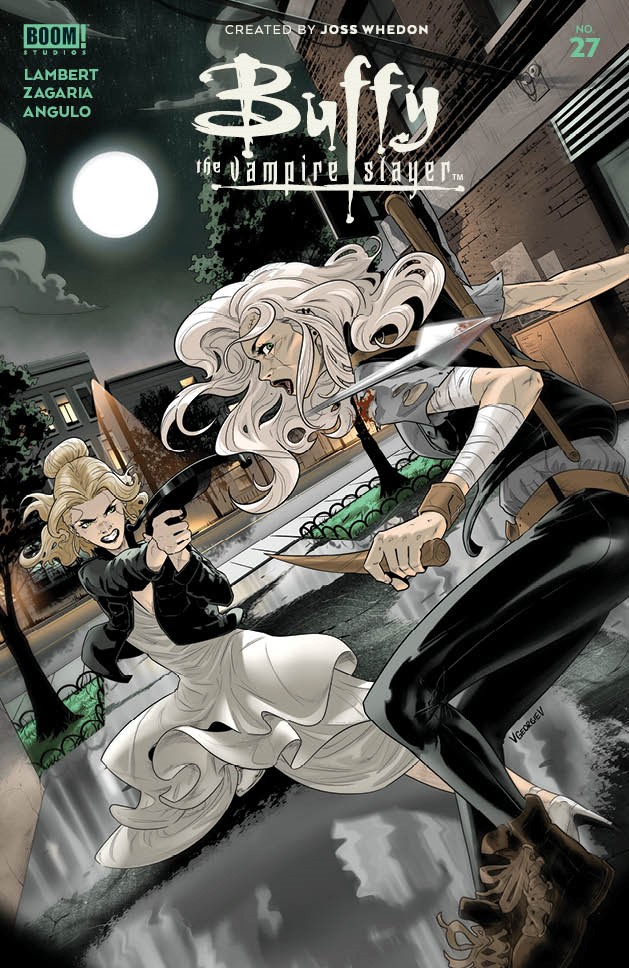 Later, the all-new ‘scooby’ gang is reunited with Kendra, Faith, Cordellia, Giles, Willow Ethan and finally Buffy in order to come up with a plan but their respite is soon cut short when our favourite witch stumbles upon their foe that a demon once called the Multiverse Man, Silas who threatens everything they hold dear. While the story ends on a cliff-hanger, writer Jeremy Lambert should be commended on channeling the voices of these characters and being away from the series for quite some time, it actually felt like a real Buffy tale. Carmela Zagaria also brings the story to life and while their are differences, when you see Buffy, Giles or even Willow, you see their real-world actor counterparts which helps with the overall illusion. 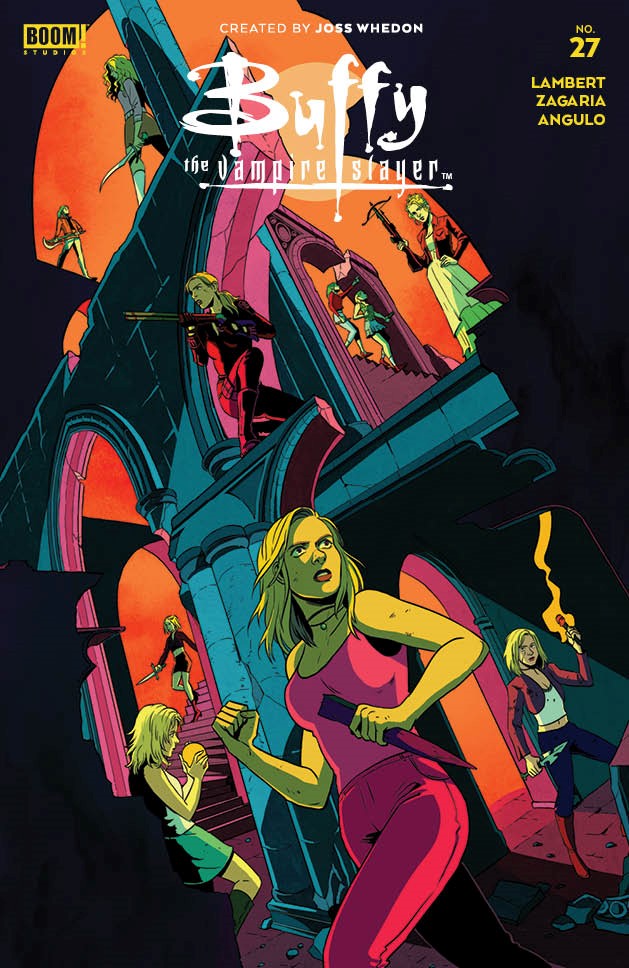 I’m enjoying this different take on Buffy the Vampire Slayer and I’m eager to see how this story will play out, particularly with this new villain that I’m sure will give the Scooby gang a tough slog to victory. 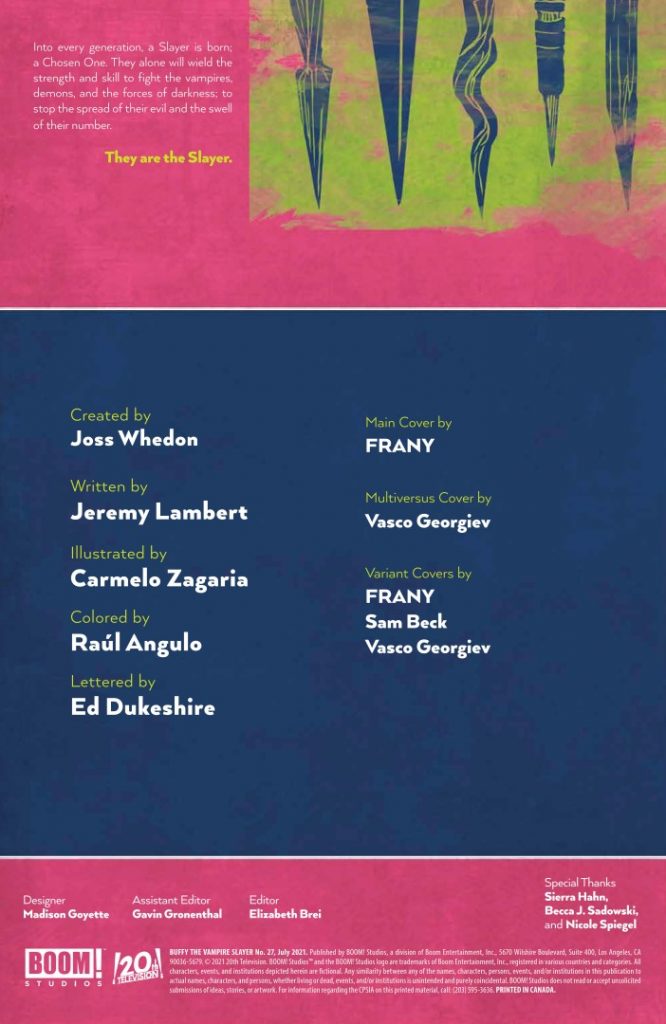 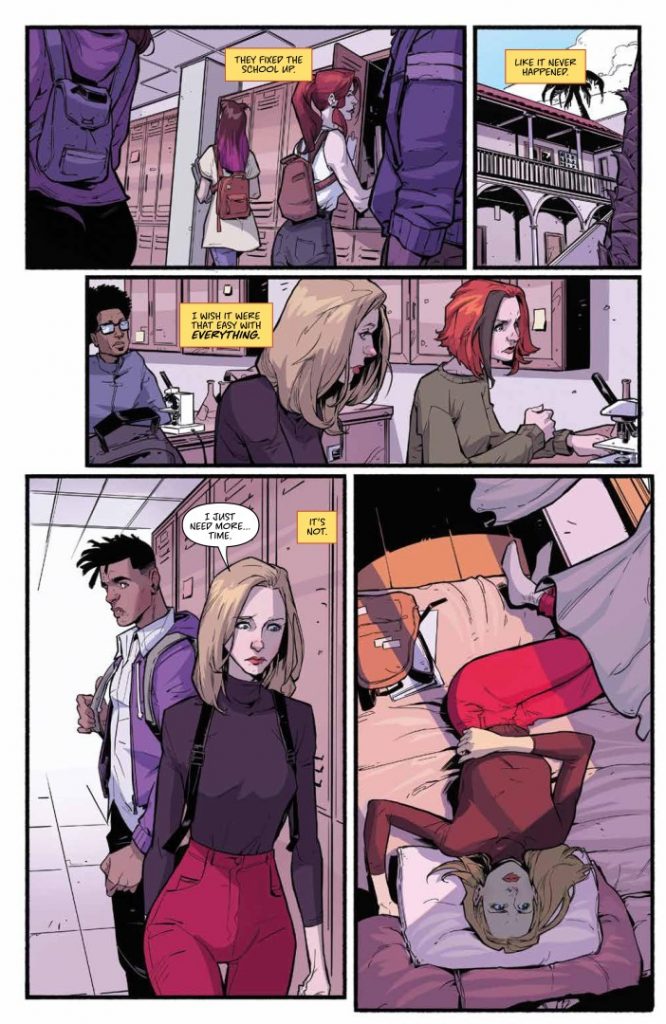 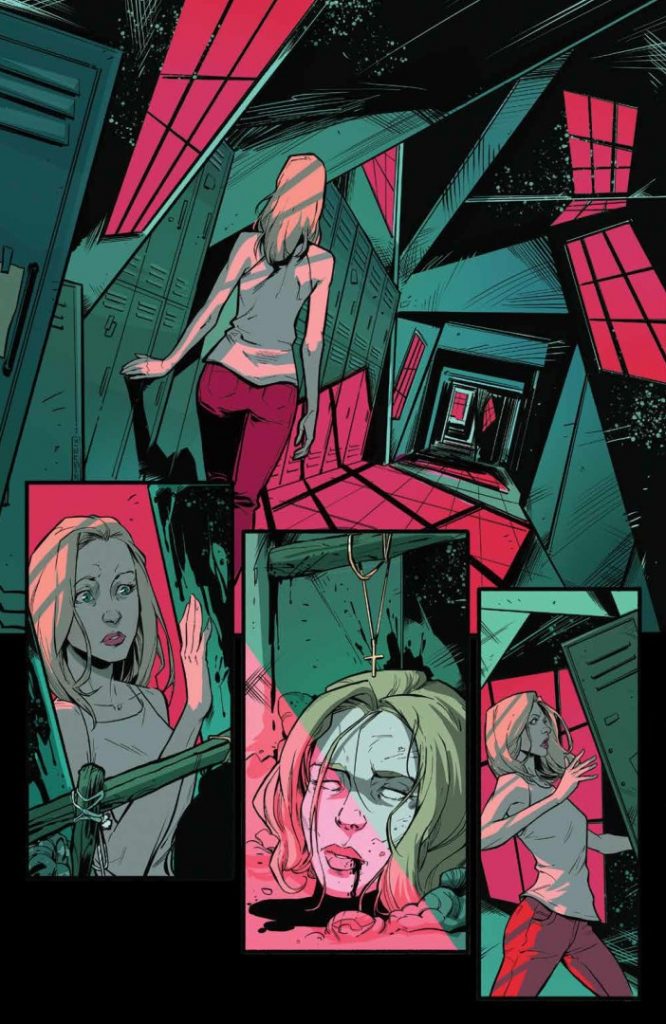 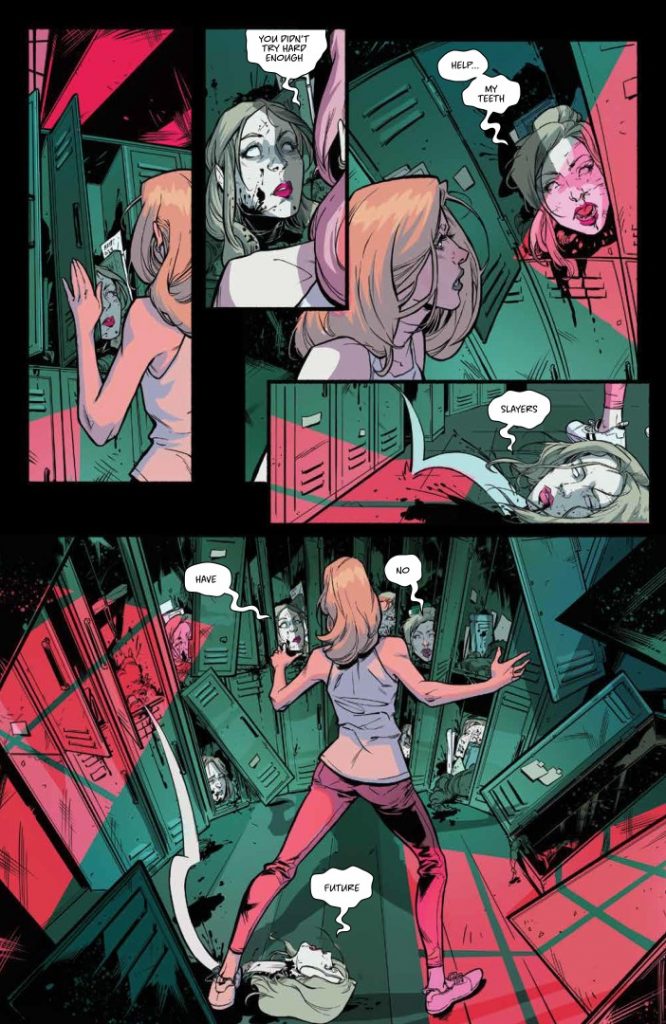 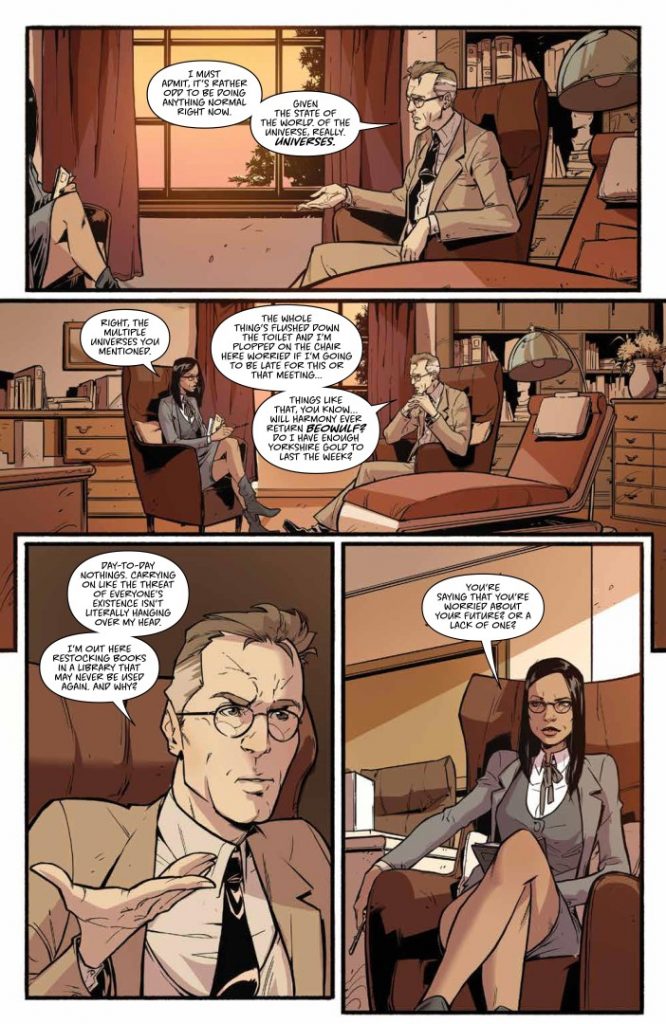 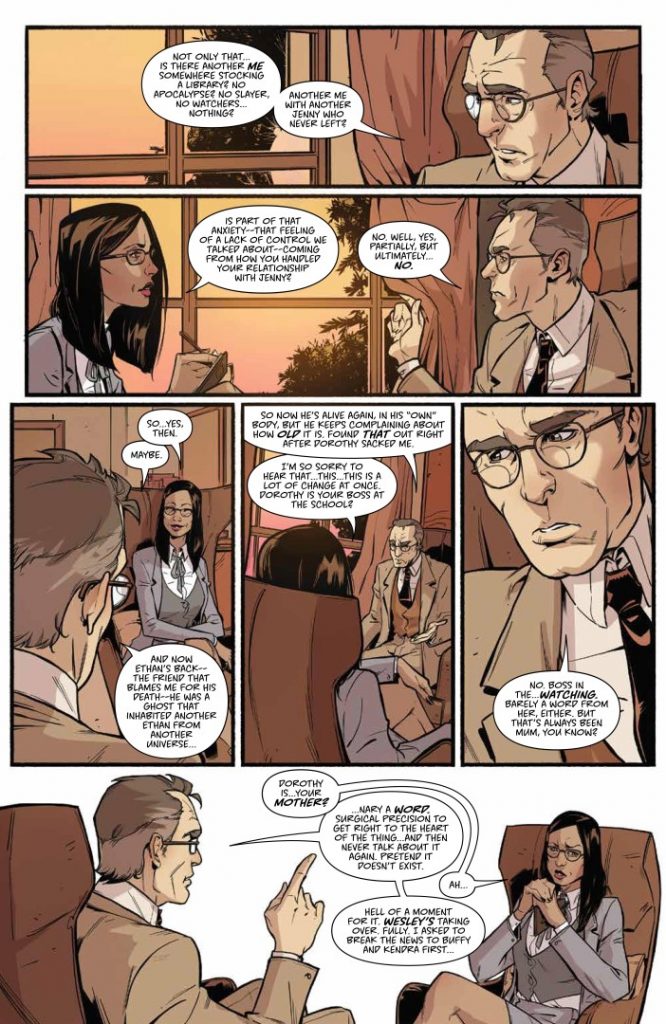 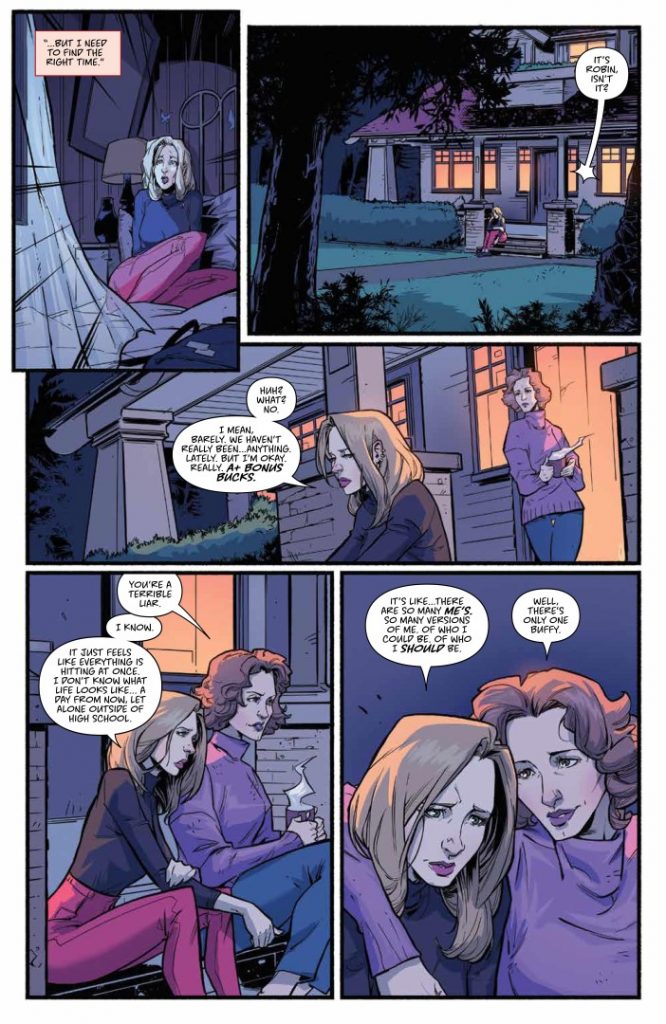