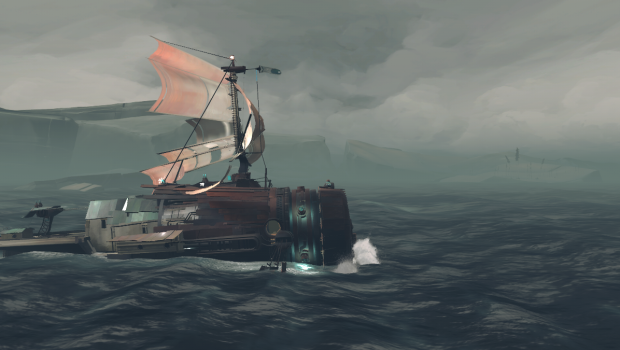 In FAR: Changing Tides players control Toe, a hero trapped in a drowned landscape with little chance of survival. Finding an abandoned ship, the journey to safety will take players across the horizon in a desperate bid for freedom as Toe seeks answers about what happened to their home.