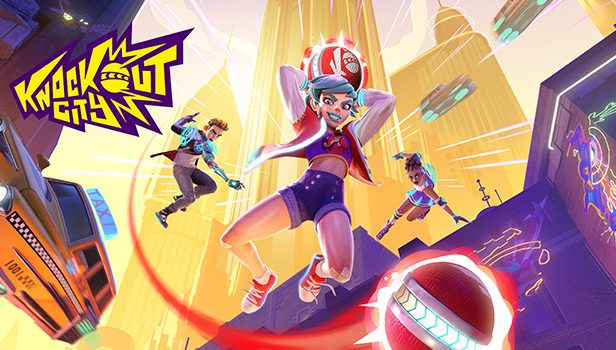 EA and Velan Studios have released a new gameplay trailer for Knockout City!

Welcome to Knockout City! EA and Velan Studios have released a new gameplay trailer for their upcoming team-based multiplayer game packed with over-the-top action and electrifying competition. Players can crew up with friends, define their style by customizing their brawlers, and use different strategies of attack as they roam the streets in Team KO. If six distinct ball types aren’t enough, players can turn themselves into the ball as they catch, dodge, tackle, and fake out other brawlers in the battle for dodgeball dominance. This ain’t dodgeball – it’s dodgeBRAWL.

Get a taste of the thrill of competition, combined with the humor and absurdity found only in dodgeball, in the new “This is Knockout City” trailer here.

Knockout City is easy to pick up and play, but practice is key to victory in this incredibly deep and highly competitive experience that will smack players in the face with surprises. From Knockout Roundabout’s traffic clogged main streets, to the dizzying rooftop heights of the city’s tallest buildings in Rooftop Rumble, there’s only one way to settle scores – dodgeBRAWL.

When the game launches on May 21, players will have access to a free trial for a limited time across PC on Origin and Steam, PlayStation 4, Xbox One, Nintendo Switch, and PlayStation 5 and Xbox Series X|S via backwards compatibility, during which time the full game will be playable. All in-game progress from the free trial will carry over for those who decide to buy the full game, and players who choose to purchase during the free trial will also receive additional cosmetic rewards as they continue to brawl in Knockout City.