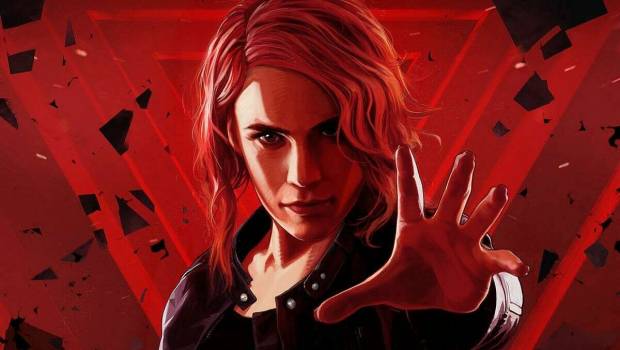 If you have missed Control on the previous generation of consoles or some of the DLC, now is the perfect time to visit this totally immersive and engaging game as you take (pun intended) control of Jesse Faden (voiced by Courtney Hope). Jesse has been chosen by the board of the Federal Bureau of Control (FBC) to replace the recently deceased Zachariah Trench (James McCaffrey) to become its new director, however something sinister has invaded this institution. To make matters worse for Jesse, her brother Dillon disappeared 19-years ago and the FBC were involved and she wants to find out what world is hiding behind the “poster”.

While the game and all its delicious DLC is available on the previous consoles, the PlayStation 5 and Xbox Series X offers a much more PC-like experience when it comes to graphics, including super-fast load times courtesy of these next-gen console NVMe drives. Like other next-gen games, Control offers gamers two different modes of graphical content that are Performance and Graphics. On performance mode, the game offers 60 frames per second (fps) with 1440p render resolution and 4K output. In graphics mode, it offers real-time raytracing (e.g. transparency and reflections) at 1440p render resolution and 4K output, however at 30 fps. Both are a treat to play and here’s some screens to showcase the graphical beauty of RTX; 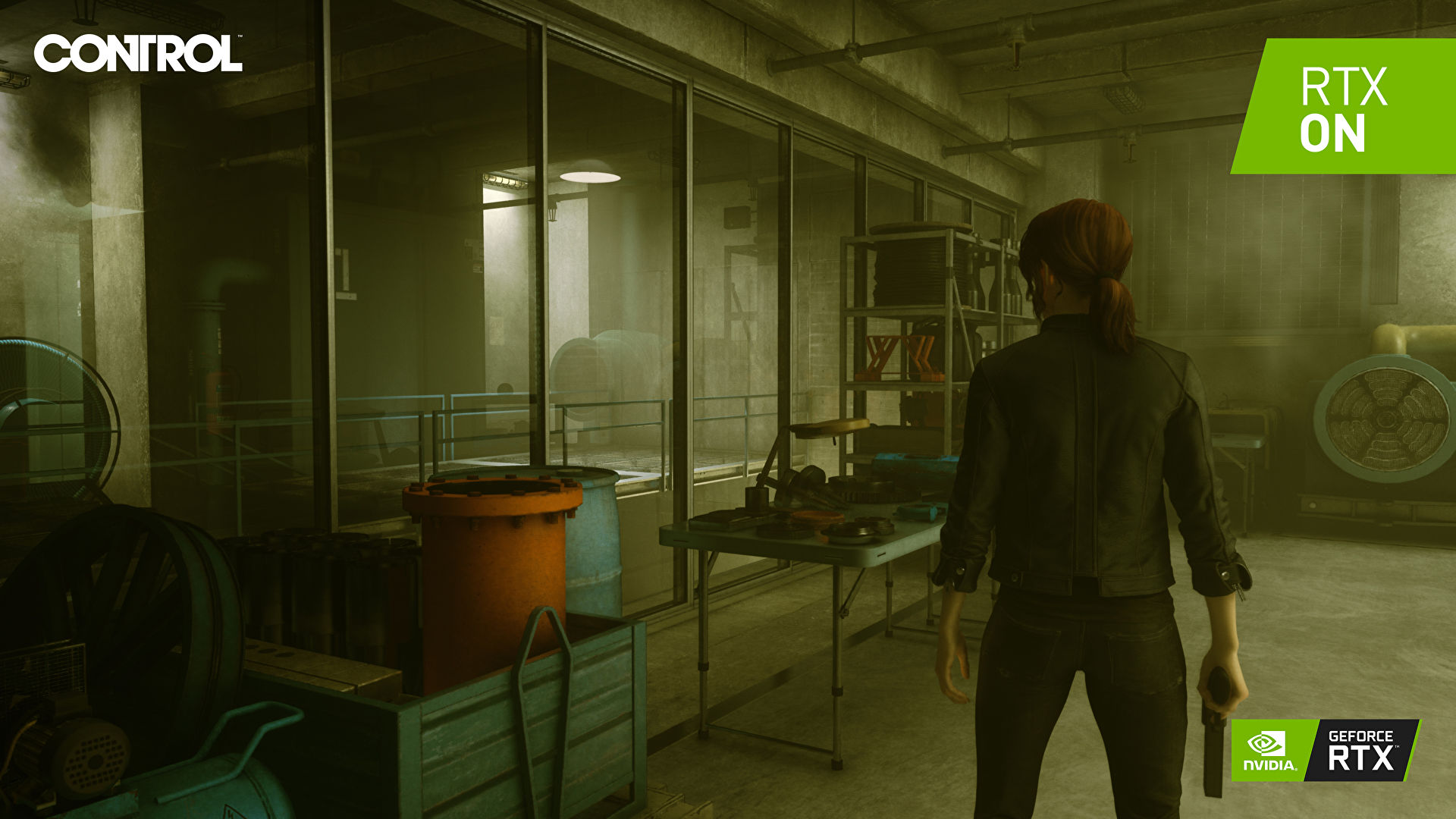 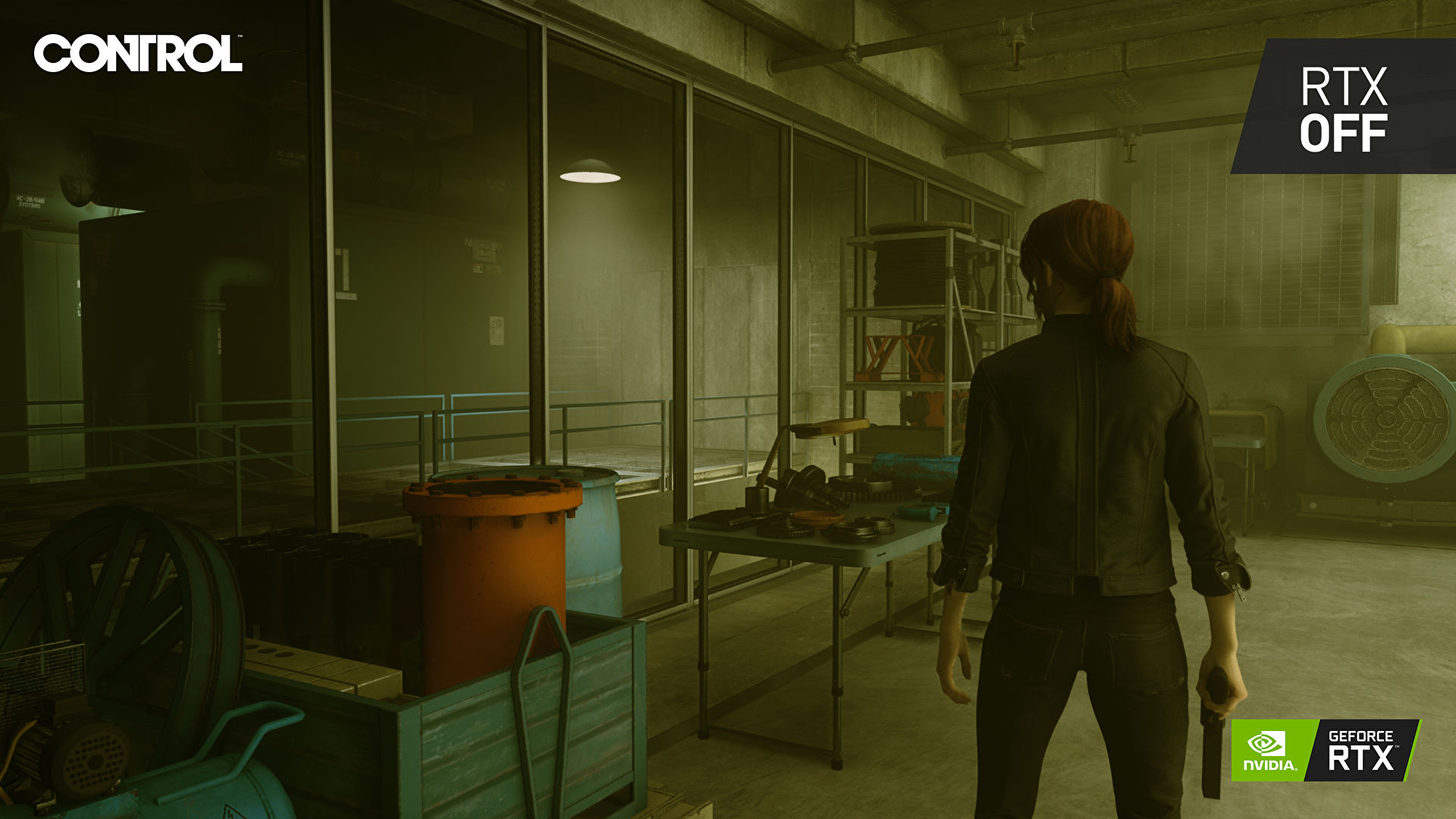 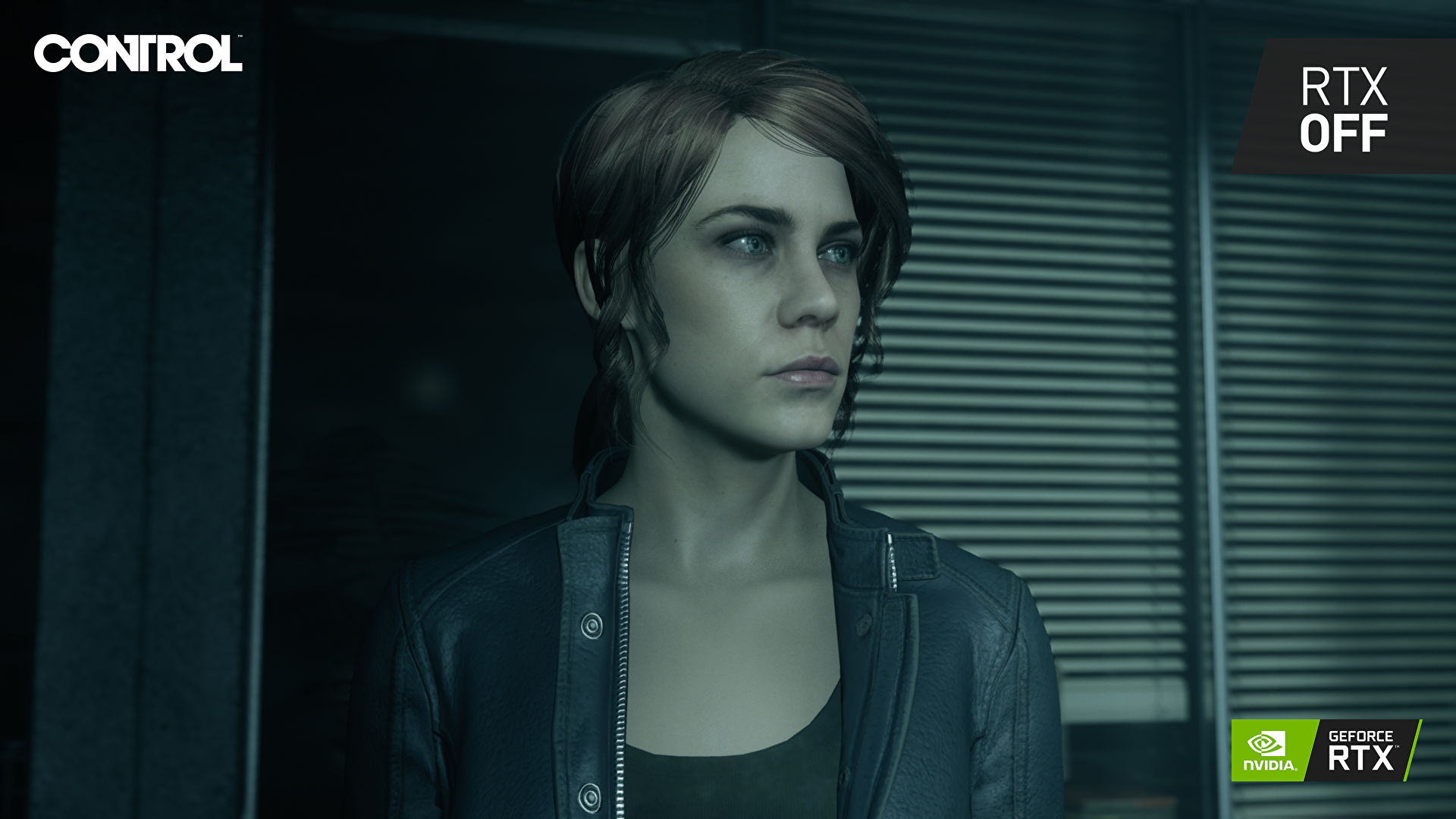 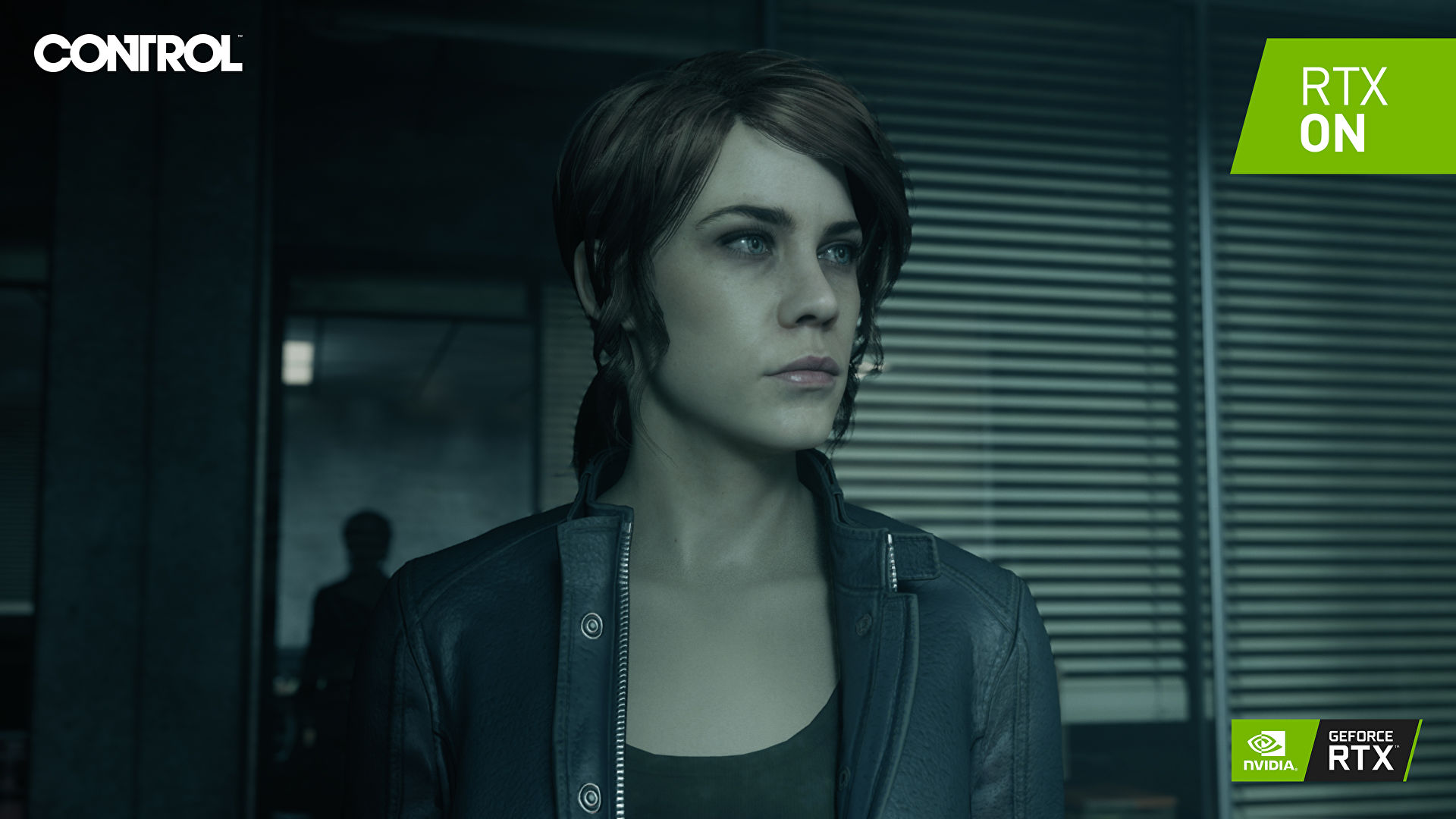 Needless to say, Control looks amazing with raytracing enabled as it adds a true level of realism to the environment that you play and explore. However when you swap to performance, the framerate is super smooth, although that impressive layer of raytracing does get missed. Furthermore, Control Ultimate Edition supports the new DualSense controller that includes vibration and trigger effect support that again helps draw you into the game by adding feel to audio. One caveat is that if you played this game on your PlayStation 4, your saves can’t be used on the Ultimate Edition for your PlayStation 5 as the engine powering this new version uses the enhanced Northlight Engine.

When I was younger I was quite a big fan of the paranormal, absorbing books and any stories I could on the matter. When I was a bit older I was a big fan of The X-Files and the bunch of similar shows that popped up around that era. The topic is still one that I find engaging and rich for storytelling. Control puts you right into one of those worlds, with it’s own personality blending many of the best elements from material that has come before it. 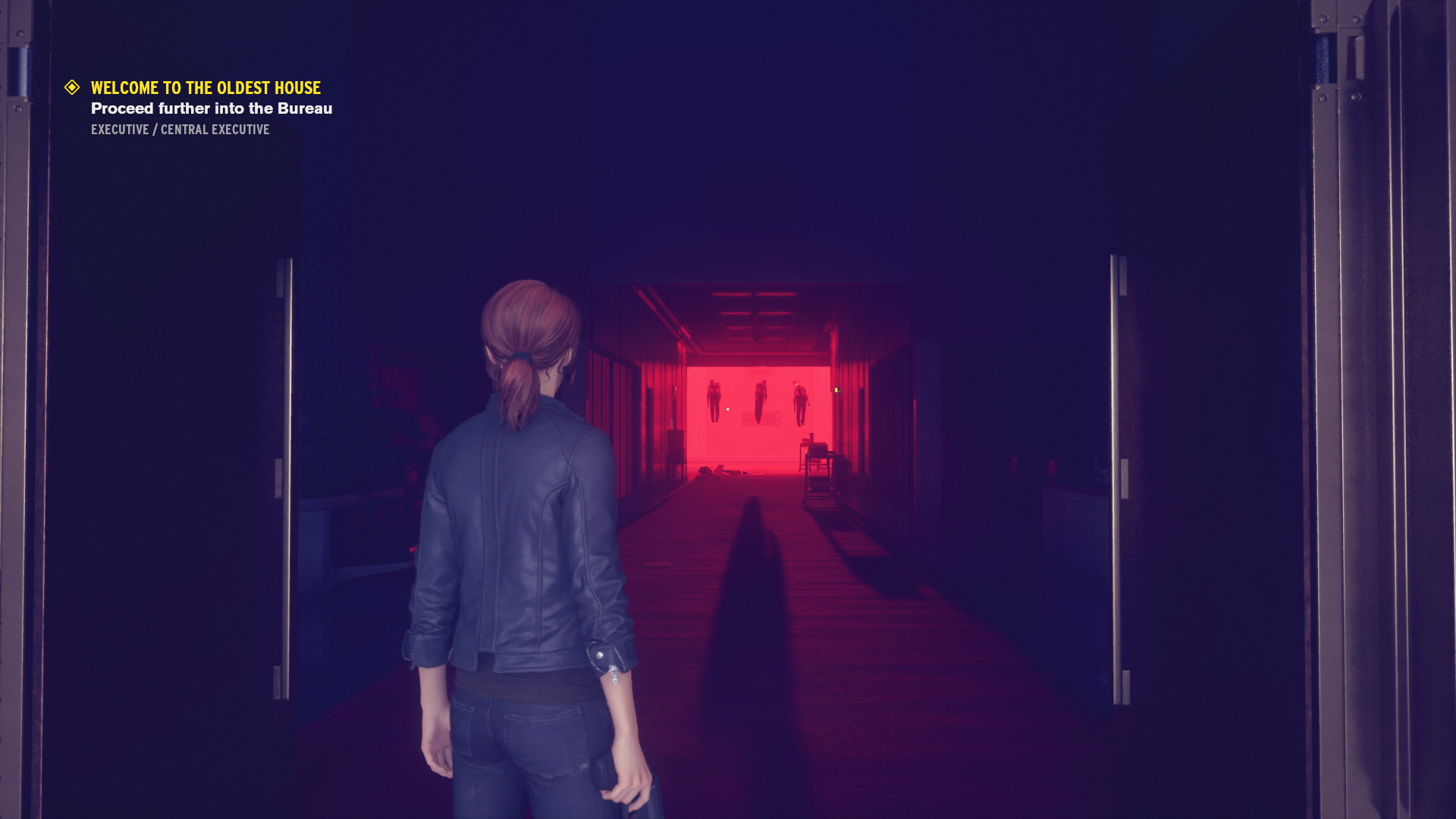 You start the game finding yourself inside the building (that you later learn is called “The Oldest House”) that forms the offices of The Federal Bureau of Control and things don’t seem right. You make your way to the Director’s office and that’s when things really take a turn and before long you find yourself the newly appointed director (with all the former directors portraits replaced with your own). Various people appear levitated throughout the rooms of this intriguing building and the few people you can find who are capable of conversing with you may just provide more questions than answers. But throughout your journey you have an inner guide… an “old friend” you have had since a childhood incident that you will learn directly ties you to this location. 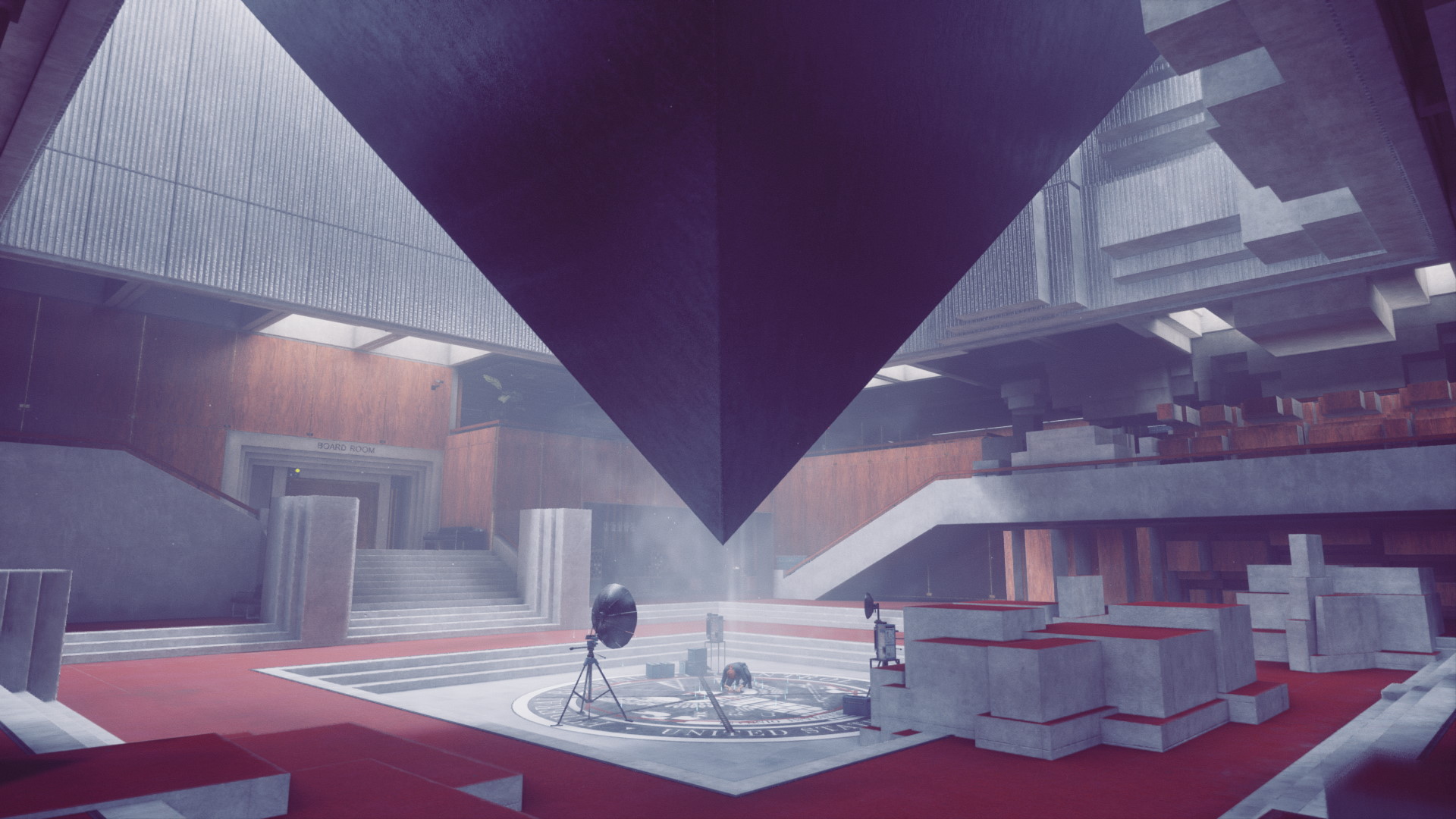 My first impressions of Control was of what I felt was a very David Fincheresque introduction… NIN soundtrack aside, it certainly set the mood… a bit edgy, dark and grungy. Then elements of the story began to unfold and it felt very much like it could have come out of an episode of The X-Files or perhaps a David Lynch series (especially the motel… I love the whole rule of three thing). As you make your way around The Oldest House you will come across case files and recordings, both audio and video, of things that the Bureau have investigated and they all add a fascinating texture to what is already a fully immersive world. 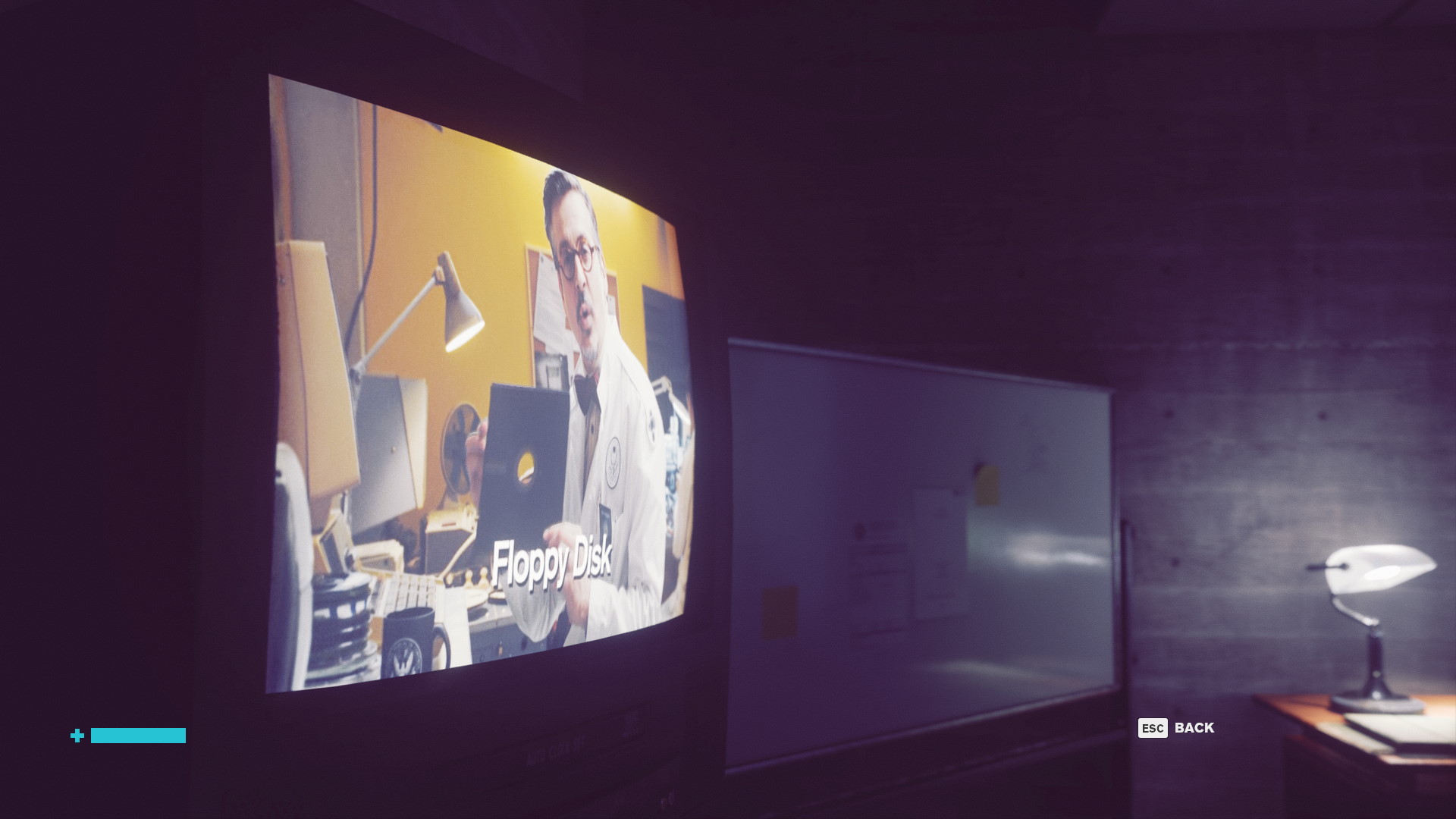 Visually the game is quite stunning! I had moments in which I felt the motion capture of characters talking did a much better job than some big budget hollywood movies. There are the odd uncanny valley moments… but that valley is starting to shrink and Control is a great example of that. The CG characters are so well done that the integration of video footage is not all jarring…. it feels quite natural (as natural as possible in the circumstances) and provides a lot of great content (keep your eye out for Darling’s music video in the latter stages). 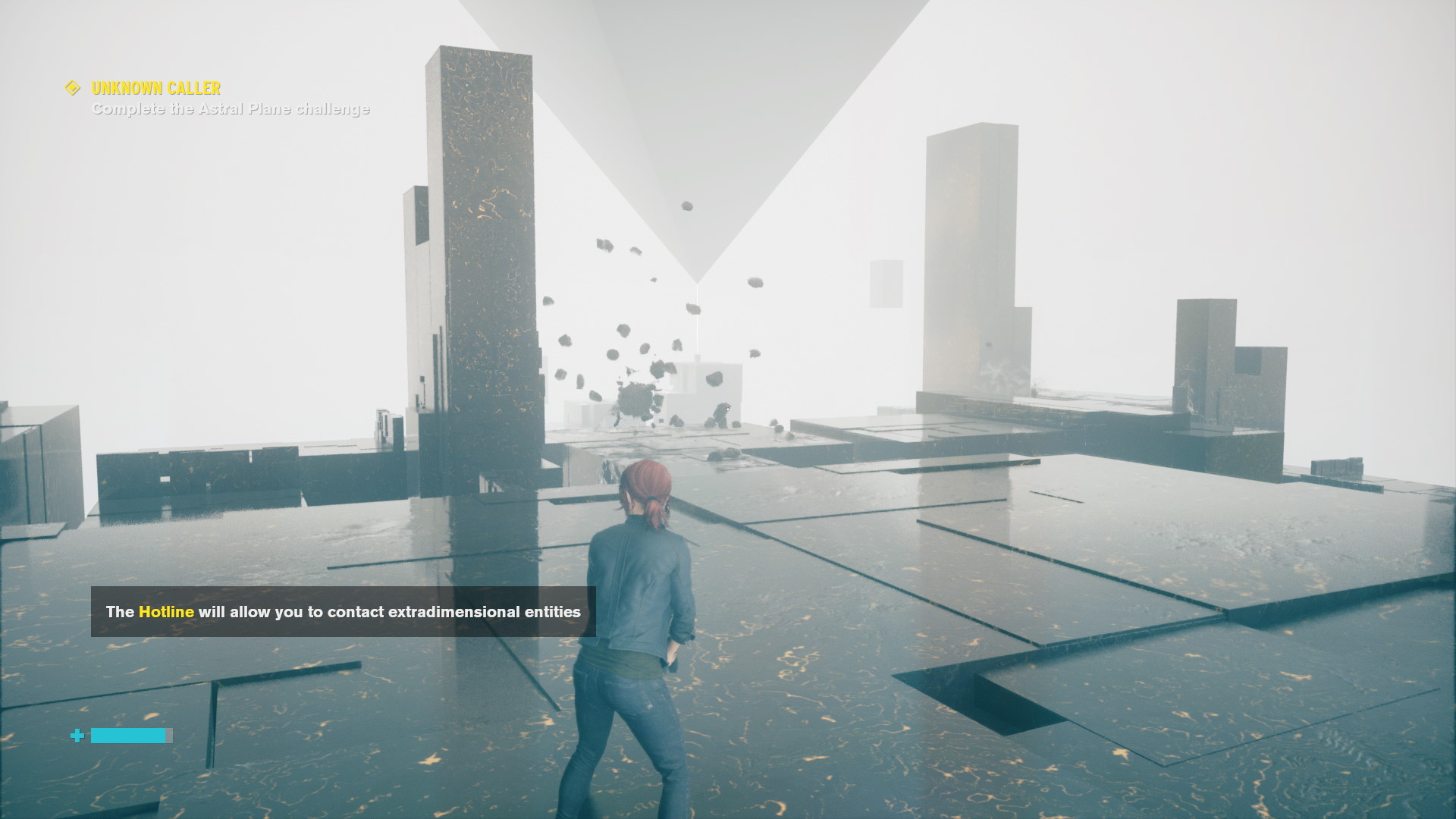 The audio is also highly commendable. The enemy are given the name “the hiss”… partly due to your descriptor of them when you first talk about them… but also because that is what they do… there is an audible hiss that comes from many of the possessed people around the Bureau. I also love the astral plan conversations with their “alternate” translation options… the sound tech/crew really did a great job adding to the overall feeling of unease throughout. 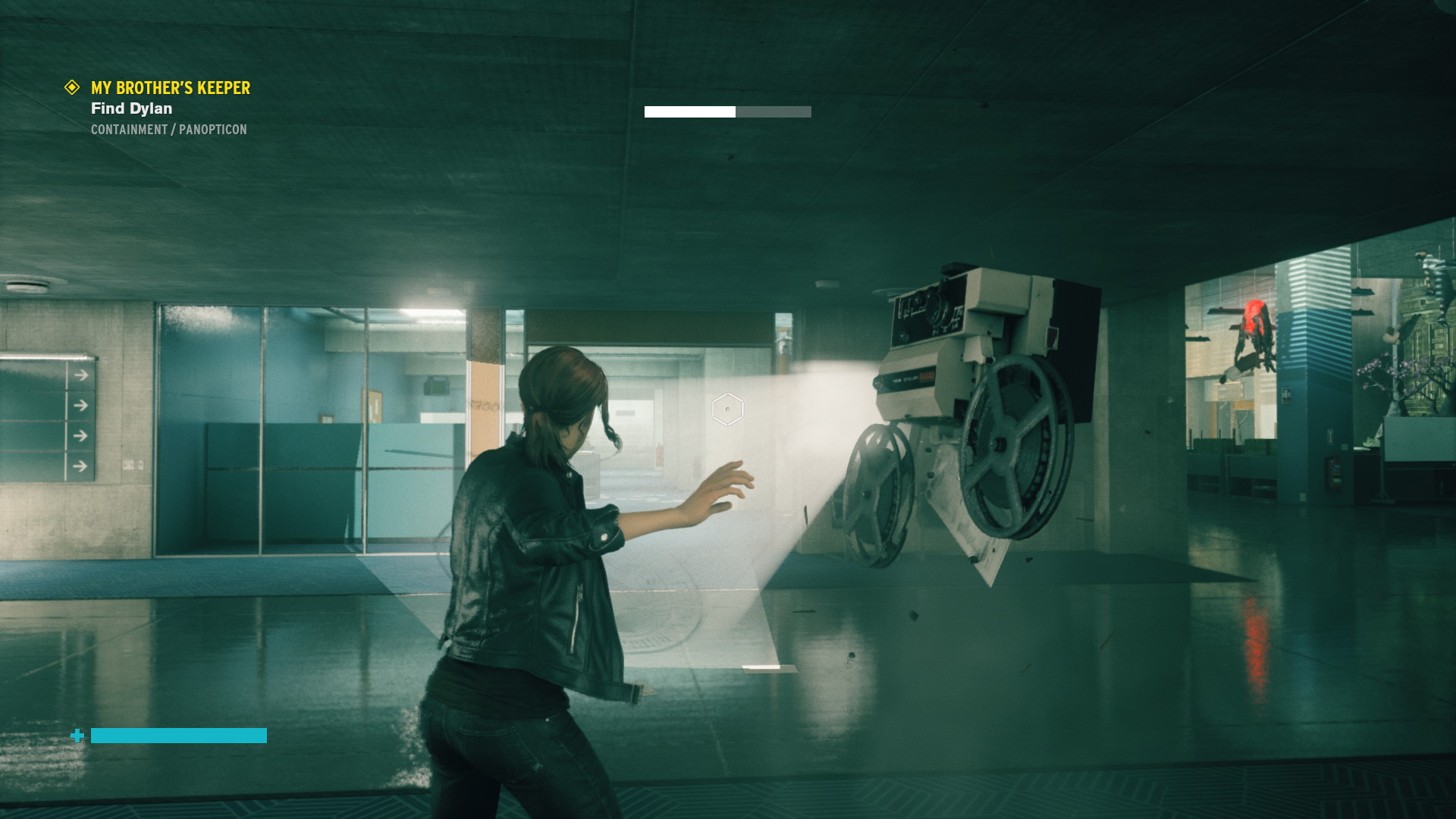 Gameplay is yet another area that shines here. I’ve found as I get older I get less capable or willing to keep track of all the different load outs, combinations etc you can use in games… I just want something a bit more simple. Control handles this beautifully… there are plenty of options… but they are also constrained to just a handful of choices. What I mean by that is, you have a Service Weapon which has four main firing modes… but you can only have two “active” at a time (reduced complexity in the middle of a battle)… but each of those has a number of enhancements you can select for them. Your paranormal abilities are a bit more varied… but I found that they had such specific uses that it wasn’t hard to move between them when needed. This “simplified complexity” made me feel more capable of engaging the enemy and any time I did get stuck… typically after two or three attempts I would figure out the best way to proceed and I was off again (important for keeping the momentum going). 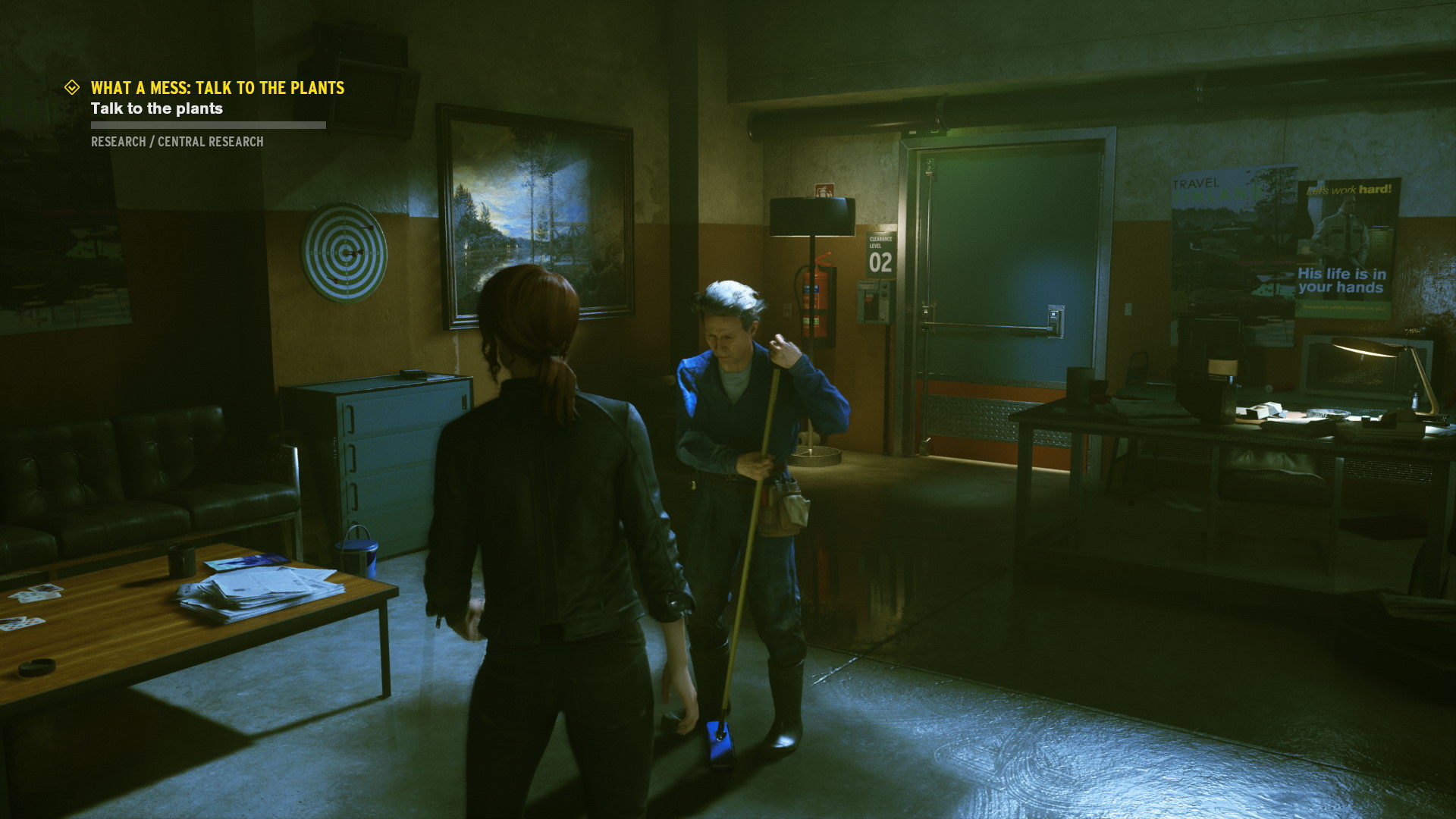 If you missed this game on the previous consoles, now is the perfect time to buy as it contains everything plus RTX and more importantly, it is a fantastic story that draws you in and drives you on. If you are a fan of The X-Files or similar genre shows, material… I have no doubt you will enjoy this.

An exceptional job from the whole team! 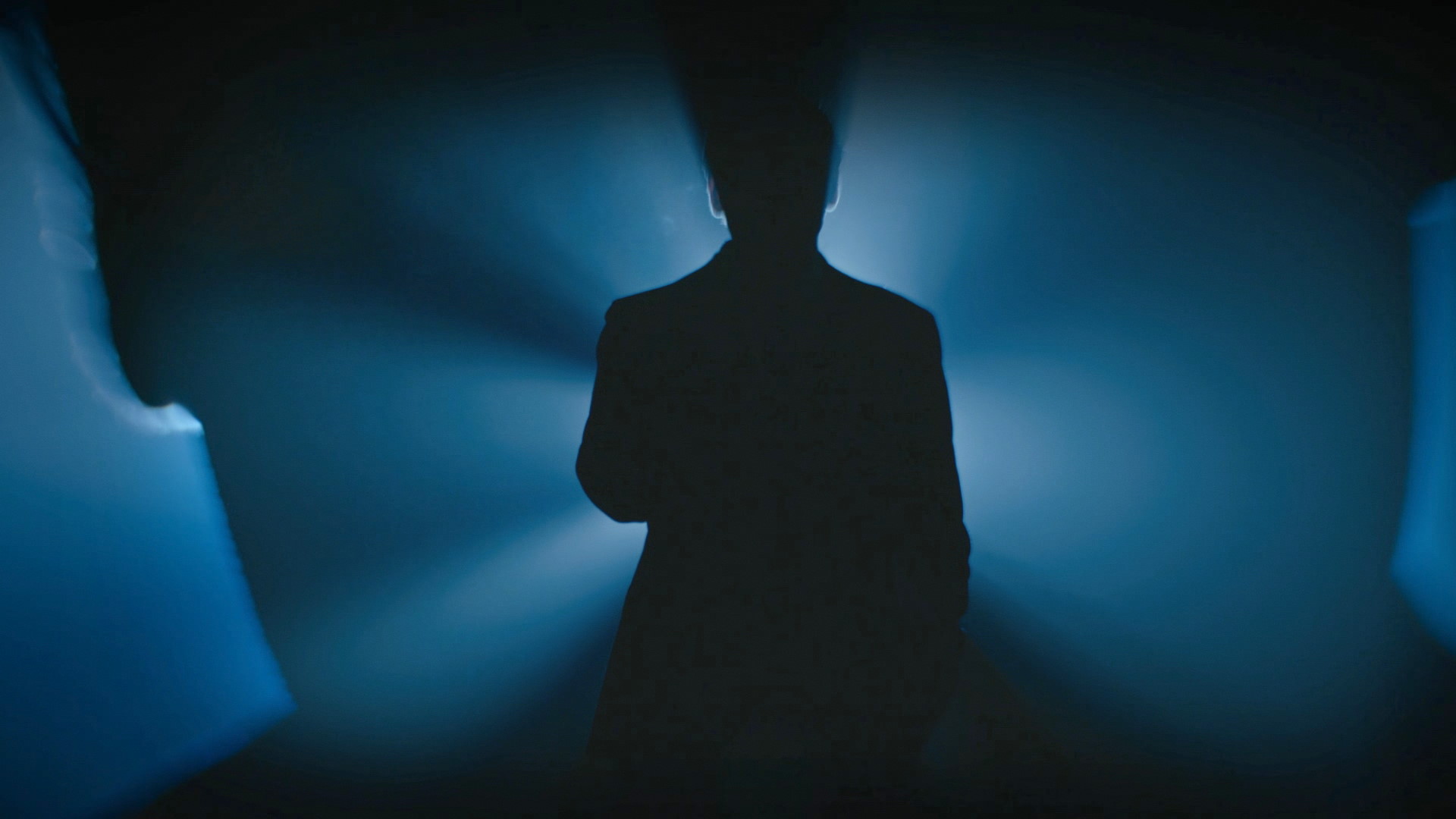