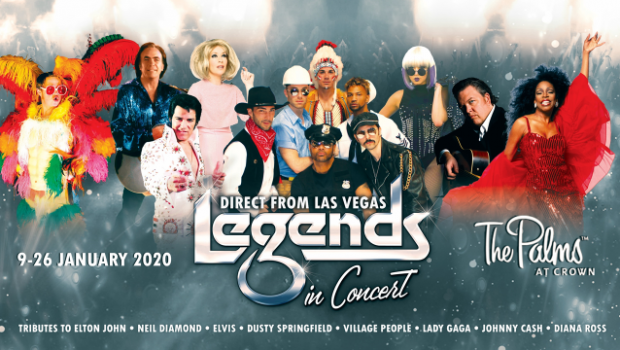 LEGENDS IN CONCERT ANNOUNCE THEIR 2020 LINE UP!!

OF THIS ACCLAIMED LAS VEGAS SHOW

RETURNING TO MELBOURNE PALMS AT CROWN