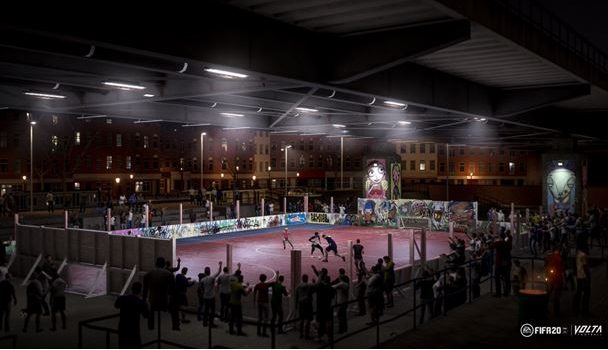 Electronic Arts Inc. announced an all-new experience in EA SPORTS™ FIFA 20, VOLTA Football*, a mode inspired by the small-sided form of football played in the streets, cages and futsal courts across the world, launching worldwide on September 27, 2019 on PlayStation®4, Xbox One, and PC.

VOLTA Football lets players build their own character, express their individual style, and immerse themselves in a realistic street football experience. A brand-new style of gameplay grounded in football realism immerses players in the flow of the street with new tools including simplified flicks and skill moves, new flair animations, or using the wall as a teammate.

Learn more about the new features and modes for VOLTA coming to FIFA 20.