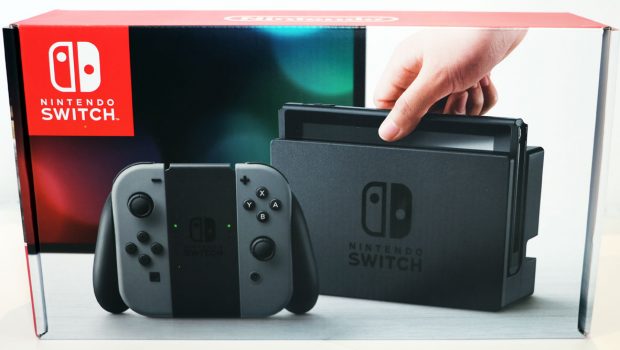 13th December, 2017 – Despite launching in March, a month not usually reserved for home console launches, and with the busy holiday shopping season still in full swing, 10 million Nintendo Switch consoles have been sold to consumers around the world since launch, according to Nintendo’s internal sales figures.

Nintendo Switch is the first home console that can be played on a TV and also be taken instantly on the go, allowing players to experience their favourite games anytime, anywhere and with anyone. As every Nintendo Switch comes bundled with two Joy-Con controllers, players can easily share the fun of compatible multiplayer games with friends and family* right out of the box.

The console’s diverse games library already features two of the most acclaimed video games of all time in Super Mario Odyssey and The Legend of Zelda: Breath of the Wild.  At The Game Awards last week in Los Angeles, Super Mario Odyssey won the award for Best Family Game. The Legend of Zelda: Breath of the Wild was honoured with the awards for Game of the Year, Best Action/Adventure Game and Best Game Direction. And with multiplayer highlights like Mario Kart 8 Deluxe, Splatoon 2 and ARMS that can be played online** or with friends and family* in the same room, plus an ever-growing list of great third-party games such as Mario + Rabbids Kingdom Battle, FIFA 18, Rocket League, L.A. Noire, The Elder Scrolls V: Skyrim, Golf Story and Stardew Valley, Nintendo Switch is truly for any player.

“We are delighted that many fans across Australia and New Zealand and around the world are enjoying Nintendo Switch,” said Nintendo Australia Managing Director Kamon Yoshimura. “With so many gameplay experiences offered by Nintendo Switch, we are looking forward to seeing new players share the fun this holiday season.”

With this year already delivering a broad catalogue of games for everyone, Nintendo Switch owners can look forward to an increasingly expansive line-up in the coming year, with the launch of Nintendo-published games like Kirby Star Allies, Bayonetta 2, Dragon Quest Builders and a new game in the Yoshi franchise, in addition to big third-party games like Wolfenstein II: The New Colossus from Bethesda, Mega Man 11 from Capcom, PROJECT OCTOPATH TRAVELER (working title) from Square Enix, Shovel Knight: King of Cards from Yacht Club Games and Morphies Law from Cosmoscope.

Nintendo Switch hits 10 million sales worldwide since its launch on 3rd March 2017, with a range of award-winning games including The Legend of Zelda: Breath of the Wild and Super Mario Odyssey already available, with plenty more experiences to come in 2018.