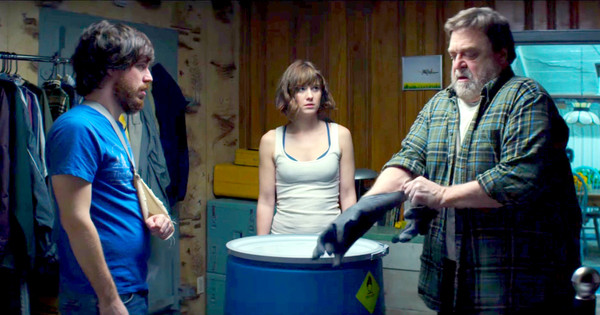 Waking up chained to a wall in an underground bunker is a pretty decent way to start off a thriller movie like 10 Cloverfield Lane. And that’s exactly what’s happened to Michelle (Mary Elizabeth Winstead) after getting into a car accident and coming to with an injured leg and a new room all with a door that locks on the other side. Michelle has been “rescued” by conspiracy nut Howard, who tells her that the air up top is no longer safe to breathe due to a nuclear holocaust. What she, and the audience, doesn’t know is whether Howard is telling her the truth or spinning tall tales in order to keep her captive. This doubt is what makes 10 Cloverfield Lane an intense mind-f*ck that totally works. John Goodman plays the physically large but soft spoken Howard who tries to convince Michelle that being locked underground is for her own good. Though the movie starts off with a Saw-esque vibe it soon relies more on suspense and tension between the characters instead of gore. Though a bit of that does come later.

The ever resourceful Michelle doesn’t completely buy the story of a nuclear fallout and uses whatever is in hand’s reach to overpower the governing Howard who rules his bunker with an iron fist. At one point she even makes a weapon out of a crutch. Goodman puts on an incredible performance as the literally huge overlord who dictates that his morals are the rules that must be followed while locked up together for the next few years. Howard is a 0-60 character who can talk like an overbearing child one moment then fly off the handle flexing his physical and mental superiority the next. Michelle is quick to follow these rules but never goes into Stockholm syndrome territory. She binds her time to figure out if Howard is telling her the truth and what she can do to get out of this cabin fever nightmare. 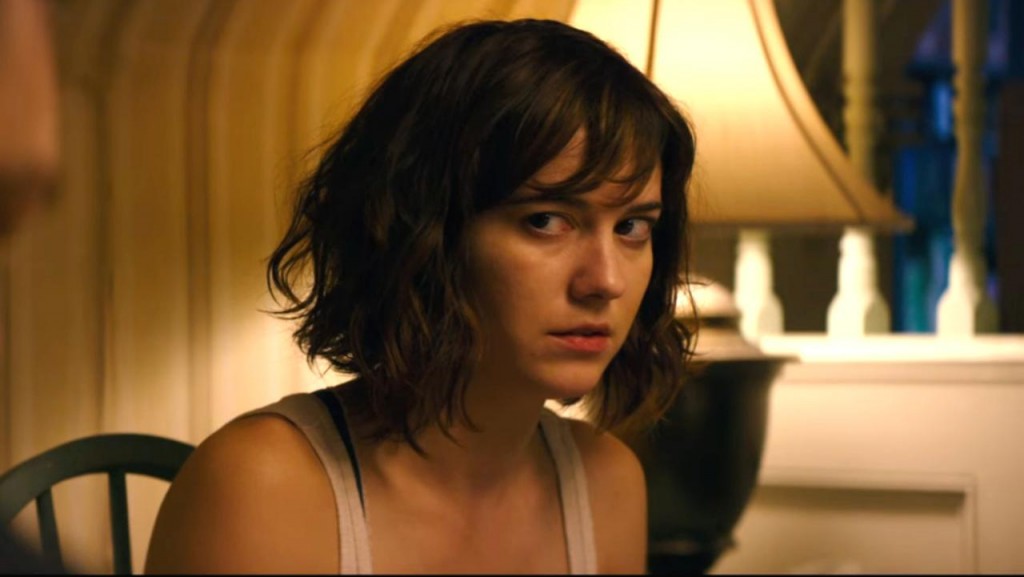 Most of the tense and uncompromising scenes of conflict in this movie are met with a surprising amount of humour. As menacing as Goodman’s character is, he also comes off as a spoiled child who stamps his foot when he doesn’t get his way. Howard’s overbearing ways are counted by Emmett (John Gallagher Jr.) a wise cracking construction worker who managed to weasel his way into Howard’s bunker when he believed the world was truly ending. The carrot in front of the donkey for the audience is the notion of finding out whether Howard is a disturbed yet caring individual who is protecting his ‘guests’ from a toxic death or if he’s these keeping people hostage. This will be looked back on as a standout role for Goodman with his menacing demeanor and borderline psycho babble. This is also a turning point for Winstead who has often been on screen as a side character but now takes the bull by the horns by playing this kick-ass leading role with the right amount of vigor.

Director Dan Trachtenberg does a great job with his first feature film as he sets the right pace for this mystery thriller to unfold. Though the cast is very small it’s easy to say that Goodman and Winstead are the triumphant standouts here. Producer J.J. Abrams made sure to keep this movie a secret during production until a trailer was released in January this year. The Abe-meister even gave the actors a ‘self-deleting’ script that was a word file that would vaporise itself once being read. According to the filmmakers 10 Cloverfield Lane does share DNA with the 2008 found-footage monster movie Cloverfield but that’s also kind of up to the audience to decide. 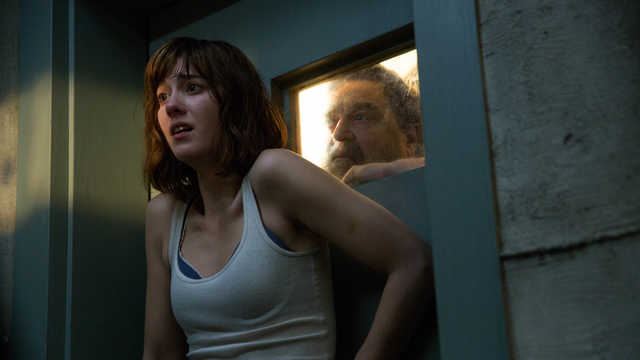 Split hairs aside, this movie has some pretty awesome undertones of feminism with Michelle being a character that doesn’t play into the Hollywood cliché of damsel in distress. She causes the distress to those who cross her. Along with Howard, Michelle is another mysterious character as we don’t know her entire background or why she’s so quick-witted but we just accept that and let the story take us on this anxiety driven ride with a twist ending that’s better left unspoiled.

Summary: Director Dan Trachtenberg does a great job with his first feature film as he sets the right pace for this mystery thriller to unfold.