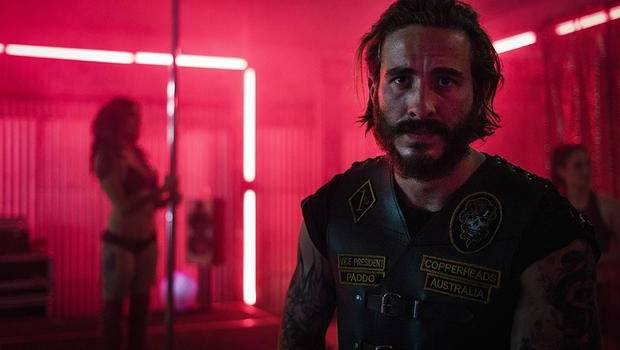 There is a scene in 1% where the vice president of a bikie gang carries a pillow over to his brother who is lying asleep on the couch. We fear for the worst, only for our expectations to be subverted as the man places the pillow under his brother’s head for comfort. The wordlessness of the filmmaking offers a rare moment of restraint. It trusts the audience to infer the drama for ourselves and to feel for the characters’ wellbeing.

Don’t let this fool you though. No one will ever suggest that 1% is soft. This Australian crime drama, starring Ryan Corr and Matt Nable (Arrow; Hacksaw Ridge), is relentlessly bleak from top to bottom. Its failure to find an emotional cushion for us to rest upon, some levity in its mood, detracts from a strong Nable performance and some interesting ideas in a screenplay needing further refinement.

Ryan Corr plays Mark, the vice president of the bikie gang the Copperheads M.C. He has been the acting leader while the real boss, Knuck (Nable), finishes his prison stint. Recently, Mark’s disabled brother, Adam (Josh McConville), has enraged a rival crime boss named Sugar (Aaron Pedersen) by taking his drugs. Sugar proposes a deal with Mark, arguing that he will not kill his brother if the Copperheads go straight with him through a scheme involving clean money.

Mark is reluctant to tell Knuck about the deal upon his return because he knows he is temperamental and determined to reassert his leadership. Knuck regularly questions his wife Hayley (Underbelly’s Simone Kessell) about whether he looks physically bigger than before. He fears he lost the gang’s respect while he was in the slammer. Meanwhile, Mark’s partner Katrina (Mad Max: Fury Road’s Abbey Lee) encourages him to ruthlessly pursue the gang’s leadership, which sparks tensions between the bosses.

The directorial debut of filmmaker Stephen McCallum is so unwavering in its pursuit of grit that it diminishes the film’s authenticity. Ugly looking bikie thugs, tats, bad haircuts, guns, pole dancers, swearing, slurs, prison rape, and yes believe it or not, murder, are all filmed with a visual shooting style that looks like mud. Has the bikie code really slumped this low? It’s true that these are meant to be the 1% of criminals, the lowest of the low, but some lighter touches and contrasts in mood would have lessened the emotional burden.

One curious omission from the proceedings is vehicle combat. The motorcycles are nicely photographed in predictable gang formations, but they aren’t integrated into any action sequences. Some chase scenes would have freed 1% from its dialogue-heavy constraints. Also, what’s a classic bikie movie without Steppenwolf’s ‘Born to be Wild’ playing on the soundtrack? For all its aggression and knuckle-dragging machismo, the pillow scene has lingered with me the most because it’s a classic example of less is way more. 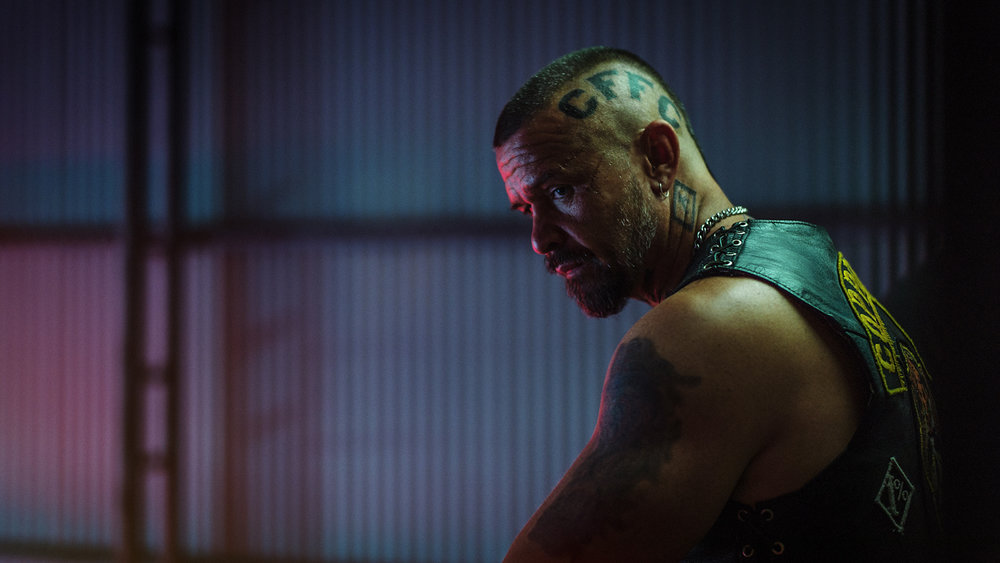 It’s a gritty vision of hell on earth, or hell on wheels, but it’s still hard to watch. McCallum and Nable, who wrote the screenplay himself, will argue its Macbeth on the back of a Harley. The truth is somewhere in the middle. The power shifts between men of different ages, while women whisper in their ears, point to the Bard’s classic work. It’s also comparable to the Old Testament where people who binge on power, money and sex are punished for their sins. However, the idea that women are responsible for man’s downfall is a misogynistic trope that needed some fresher insights.

While heavy on its stained atmosphere, some tweaks to the screenplay and more judicious editing would have improved proceedings. 1% is in dire need of context, particularly for the character Katrina. Abbey Lee is an accomplished actress and but also a former Vogue and Victoria’s Secret model. The credibility of her character wanes because she looks far too sophisticated to be involved with these lowlife crims.

A shred of backstory could have explained her involvement and her increasingly twisted psychology late in the film instead of relying on a Lady Macbeth archetype. Similarly, each time she insists that the gang loves Mark we wonder why because there’s no leadership or energy in this character. More context instead of sleazy pole dancing montages would have been smarter. 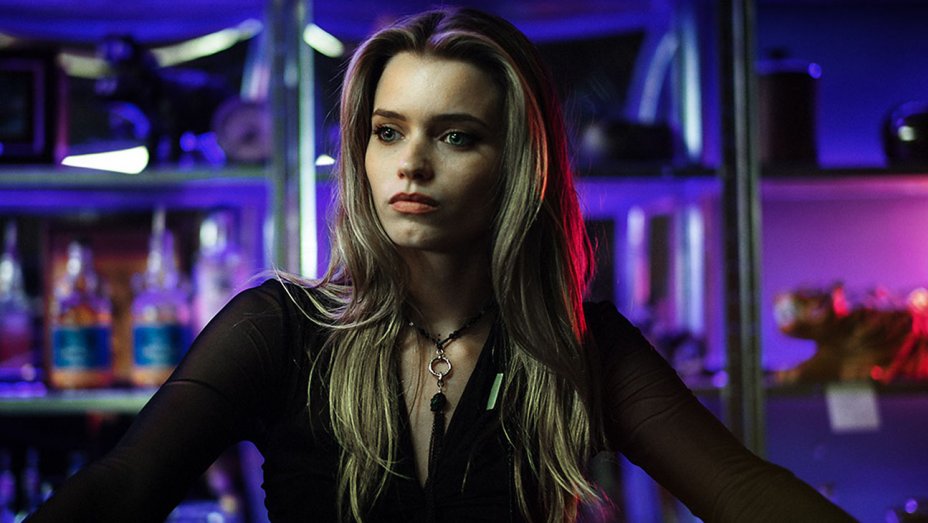 As Mark, Ryan Corr’s performance is an uncharacteristically flat one. He is comfortable playing dishevelled characters, but Mark lacks the charisma and personality to resonate as a powerful bikie leader. Matt Nable physically dominates his scenes and has the more interesting and complex role. Knuck is image conscious, a symptom of his dwindling power, and possibly gay. He has raped men in prison and is now preying on a new gang member in some truly awful attack scenes.

One of the film’s roughest edges is its major subplot, which could have been culled entirely. The tension between Adam and the rival crime boss Sugar feels like a separate movie as though the filmmakers pursued one narrative path but then diverted. This is typified by the bizarre way that Sugar vanishes before the end of the story. Aside from the opening, I didn’t feel a lot of urgency with this thread either.

Additionally, there is a moment where Mark and Katrina both suddenly know an important detail about Knuck and try to use it as leverage. A scene showing where they gained knowledge of his secret would not have gone astray. These holes and the underwritten characters might be less concerning than the overwhelmingly bleak atmosphere that does its very best to suffocate the audience. For all their faults, even murderous bikies like the cool open air before hoisting their shotguns up high and roaring off into battle again.

Summary: Its failure to find an emotional cushion for us to rest upon, some levity in its mood, detracts from a strong Nable performance and some interesting ideas in a screenplay needing further refinement.