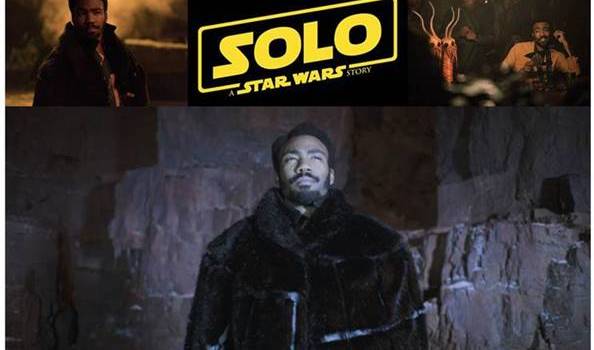 SOLO: A STAR WARS STORY topped the Australian box office this weekend, claiming the number 1 spot thanks to a little Calrissian charisma.

In a just released featurette LANDO STYLE WITH DONALD GLOVER, get a sneak peek at the signature fashions of the notorious and charismatic Lando. From the boots to the custom made cape collection, the notorious gambler owns the galaxy with his signature style. Lando is played by Donald Glover – award-winning writer, director, musician, standup comedian, actor, known as his alter ego, Childish Gambino.

Board the Millennium Falcon and journey to a galaxy far, far away in “Solo: A Star Wars Story,” an all-new adventure with the most beloved scoundrel in the galaxy. Through a series of daring escapades deep within a dark and dangerous criminal underworld, Han Solo befriends his mighty future copilot Chewbacca and meets the notorious gambler Lando Calrissian, in a journey that will set the course of one of the Star Wars saga’s most unlikely heroes.