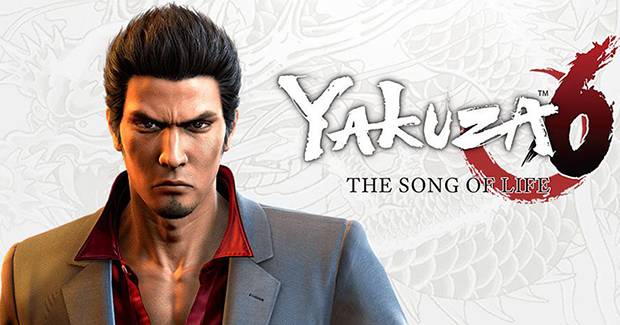 Summary: I’d have to recommend Yakuza 6: The Song of Life on sheer virtue of being one of the best and most naturally designed open-world games I’ve ever played.

With all of the varied types of open-world games on the market, I’ve always managed to miss out on the Yakuza series, although the general consensus was that the series resided comfortably among the upper echelons of the genre.

So, with the release of Yakuza 6: The Song of Life, I find myself with what is touted to be the very last instalment in the long running saga of Kiryu Kazuma, a strange place for a newcomer to dive into an established series and an entry that is steeped in a twisted a convoluted backstory that will be almost impenetrable for casual players unless they immerse themselves in the reams of text available detailing the events that previously transpired leading up to this entry. For those who have followed the series since its original incarnation on the PlayStation 2, I’m sure that this will be an emotional and satisfying send-off to a cast of beloved characters but, for me, even after a cramming session of the lore and history of the series, I was often racking my brain trying to work out exactly who I was dealing with and their connection to myself and my past as well as their relationship within the storyline of The Song of Life.

That’s not to say that I didn’t enjoy my time with the game, both mechanically and from a narrative standpoint, even if the latter bordered on the incomprehensible at times for me; the central conceit of the story and the themes it explores work well both within the context of an overall larger narrative as well as a more self-contained story arc, albeit one that is also riddled with self-referential callbacks. Yakuza 6 sees you take on the mantle of the Dragon of Dojima, a former Yakuza chairman by the name of Kiryu Kazuma, who has just been released from a short spell in prison after choosing to atone for his former sins in order for his surrogate daughter Haruka and their orphanage to thrive safely away from the blood feuds of criminal warfare.

Upon his return, however, Kiryu finds that Haruka has abandoned the orphanage and disappeared into the city of Kamurocho; following her trail, Kiryu runs into former friends and foes and, when it’s discovered that Haruka has been ran down in the street, seemingly during a chase between two opposing street gangs, he finds himself being inextricably drawn back into the very life he sought to escape. The pacing is pretty slow during the first few hours, almost agonisingly so, and this issue was compounded by not only by my lack of any previous knowledge of the series but also the fact that Yakuza 6: The Song of Life just loves to throw cutscene after lengthy cutscene at you.

Don’t expect to touch the controller more than twice during the first forty five minutes of the game and, as you progress further, there will be other prolonged stretches where you can get up, roast an entire chicken and sit back down before all the exposition has been laid out onscreen; this isn’t necessarily a bad thing, as some of my favourite games like the early MGS titles were notorious for sitcom episode length cutscenes, but I thought that it should be noted, particularly as it seems to be the exception rather than the rule in today’s gaming climate. Once the story starts to pick up steam, however, the steady trudge of the opening hours quickens to a frenzied pace and refuses to let up until the credits roll and I, even as someone entirely unfamiliar with what had come before (Cursory glance at the included summaries aside), found myself completely and utterly enthralled.

The gameplay can essentially be broken down into three components: Exploration, Combat and Mini-Games. The mini-games range from playing darts, belting out a tune in a karaoke bar, undertaking a quest for an NPC and a whole host of other activities. Perhaps my favourite pastime was ducking into an arcade and wasting a few hours playing the full included versions of Puyo Puyo, Super Harrier, Virtua Fighter 5, Out Run and other classic games plucked from SEGA’s back catalogue. The controls are tight and responsive across this varied selection of activities and I found that each one was worth tackling at least once for the EXP.

Speaking of EXP, a good way to quickly accumulate a bunch and level up Kiryu’s skill tree is to roam the streets of first Kamurocho and then Hiroshima looking for gangsters and street thugs to french kiss your fist; the combat system has the same fluidity of games like Shadow of Mordor or the Assassin’s Creed series, allowing you to lock onto enemies, pick up environmental objects to wield as weapons and unleash devastating cinematic finishing moves.

It’s all incredibly easy to pick up and play and creates some incredibly goofy and chaotic battles that make you feel like an absolute badass. Exploring the city, while undeniably visually and technically impressive, never ceased to be a confusing endeavour for me. As much as I loved how vibrant and alive the city streets felt, the map never seemed to work correctly for me; I’d feel certain I was heading in the right direction before checking my map and realising I was two streets back from where I had started.

I’ve never had any issues navigating in similar titles and still can’t quite pinpoint what it was that was giving me so much grief with Yakuza 6 but I do know that even during the final few hours of the game I was obsessively opening the map at every street corner to ensure that I was keeping on track. This is the first Yakuza title to use the new Dragon Engine, which not only makes for a graphical overhaul but also lets the game allow for seamless transitions between interior and exterior locations, all of which are finely detailed and incredibly pleasing to the eye.

Although some of the character animations can appear a little stilted, the digital recreation of the bustling Japanese streets truly make for an impressive video game setting that, as mentioned earlier, feels incredibly natural and lively.

The voice acting carries emotional weight and would have no doubt been diminished if a localised cast had attempted to re-record it; Yakuza 6 is a Japanese story through and through and the conviction of the vocal performances on display here show that each member of the cast truly understood the cultural significance of this uniquely personal story.

The soundtrack carries the game well during the cutscenes and, when out exploring the streets, the ambient sounds of the city life are among the most realistic I’ve heard in a game. Even as someone who was unfamiliar with the series prior to this entry, I’d have to recommend Yakuza 6: The Song of Life on sheer virtue of being one of the best and most naturally designed open-world games I’ve ever played (even if it’s not truly “open”); it certainly doesn’t hurt that the developers also decided to chuck in a tight combat system, a handful of sweet classic arcade titles and a gripping narrative to sweeten the pot.

Of course, Yakuza 6 probably isn’t the best entry point for newcomers, even with the attempts to get players up to speed with the available texts; the storyline is so heavily entwined with the events of the past that I’d be lying if I said that there weren’t times where I was left scratching my head as I desperately tried to keep up with the swelling cast . With that said, I’m definitely going to seek out the remastered titles and other entries available on the PS4 and continue my journey, albeit heading in reverse. Yakuza 6: The Song of Life drew me into Kiryu Kazuma’s world and I’m now eager to discover more about this endearing figure by playing through the previous games, which I think stands as a testament to how good this truly is and how captivating the story that unfolds manages to be.