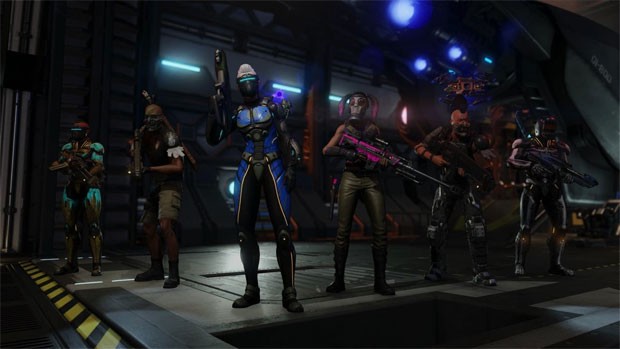 Summary: Anarchy's Children DLC decks out your XCOM 2 soldiers in a crazy punk-rock, rebellious set of new cosmetic items - but it won't be for everyone.

Get your freak on.

The best part about 2016’s XCOM 2 is its extensive squad customisation. With Earth thoroughly under control by the aliens and only the bottom of the barrel left to form the resistance, it gave developer Firaxis a logical narrative reason to improve upon the options given in XCOM: Enemy Unknown. These aren’t by-the-book soldiers anymore, but desperate guerilla fighters, ex-convicts, exiles and people of questionable sanity. So with them came many new biographies, personalities and appearance choices – but it still wasn’t enough for everyone. Enter Anarchy’s Children, the newest official DLC add-on from Firaxis priced at $5USD (around $6.50 AUD). The cosmetic-focused content package introduces over 100 new options for your soldiers, with several new items which will require some heavy suspension of disbelief when applying them to your soldiers while witnessing the rather serious story unfold.

The pack includes new armour and helmet designs, hairstyles, face paints, masks, and decals with a distinctive post-apocalyptic, Mad Max-esque theme. It screams crazy, outlandish and punk-rock – which is in stark contrast to the traditional militaristic options of the base game. For instance, all of the new hair-styles are definitely not the types of cuts you would find on by-the-book soldiers – several variations of mohawks, spikes, pigtails and braids. Many of the new face paints are also outright frightening, with the standout options including “Killer Clown”, “Blood Spatter” and “Celtic Warrior”, which all look exactly as nightmarish as they sound.

The new armour and clothing also reinforces the “anarchy” theme, with spiked pauldrons, leather straps, knuckle dusters, hockey masks and muzzlers all contributing to a much more intimidating appearance for your on-field soldiers. There’s even the option for less armour now, with bare shoulders, short shorts and even just a combat bra for your female soldiers – which would be utterly inadequate for protection on the battlefield, but perhaps fashionable for players role-playing a scenario a little less dangerous than what XCOM 2 consistently presents. So, is it worth grabbing for just over a fiver? It depends on your personal tastes. If you’re a Commander who believes in strict uniform and classic military outfits, Anarchy’s Children isn’t for you. If you already use Steam Workshop extensively and are familiar and happy with the many cosmetic mods created and uploaded for free by fellow players, this official cosmetic DLC pack does lose some of its value and my recommendation.

However, if you love the zany rebellious outlander look, there’s a ton of options included here that will be right up your alley. Regardless of your stance on cosmetic DLC, if there’s one thing Firaxis’s efforts have going for it above some user-created mods is the quality and graphical fidelity of each new customisation option, and how it seamlessly fits into the pre-established aesthetic. If you enjoy new customisation options for your troops and like the rebellious, punk-rock look, give Anarchy’s Children some fair consideration before delving into what mods are already available – for free – in the Steam Workshop.