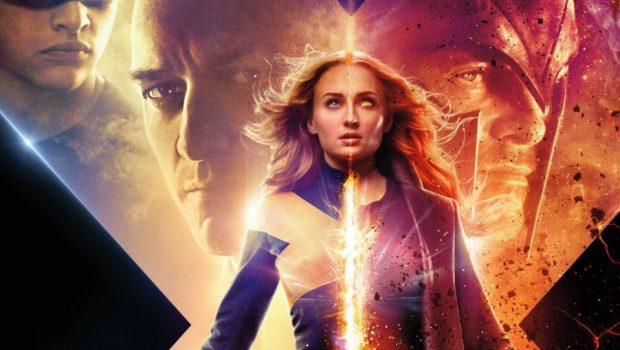 If you are a fan of any superhero movie, post-2002, then you should be grateful for the X-Men franchise. While the Batman and Superman movies floundered in the 1990s, the team of mutants positioned the genre to where it needed to be back in 2000, with its dark representation of marginalised superheroes. The same can be said about the 1992 animated television series, which was decades ahead of its time.

The show and original X-Men movie trilogy had a narrative that explored the Dark Phoenix saga, a complex tale of how a hero gains unbelievable power and is tempted to join the dark side (thanks Vader). By the rule of nerds and fans alike, the show nailed the concept and the movies botched it horribly.

Due to the time travel magic of X-Men: Days of Future Past (2014), that timeline was erased, and fans danced in the streets. From that day onward, 20th Century Fox began a new timeline for these characters. Beast, Professor X, Jean Gray, Cyclops, and others were all replaced by younger actors to provide the story and characters with a new trajectory in the prequels.

It is curious that the writer of the much hated X-Men: The Last Stand (2003) is now both the writer AND director of X-Men: Dark Phoenix! Granted Simon Kinberg did co‑write the successful fan favourite Days of Future Past, but he is also credited with the worst comic book movies to reach our screens. Fantastic Four (2015) and X-Men: Apocalypse (2016) stick out like sore thumbs smashed by Juggernaut’s fist.

Dark Phoenix is promising for the first twenty-minutes as the movie delivers some iconic Marvel characters doing very cool things. The young mutants work as a team to save a group of astronauts from a fiery death in space. Storm freezes holes in space shuttles, Cyclops shoots freakin’ lasers from his face, and Quicksilver gets things done briskly.

Led by Raven (a very bored Jennifer Lawrence), the team of babyish X-Men showcase their individual powers, which resemble a certain other team of superheroes. Beast (Nicholas Hoult), Cyclops (Tye Sheridan), Nightcrawler (Kodi Smit-McPhee), Storm (Alexandra Shipp) and Quicksilver (Evan Peters) all provide enough rips, dips, and lasers to keep the good times rolling. However, the movie falls flat when attempt anything resembling character development. Professor Xavier (James McAvoy) is weirdly presented as an attention seeker. We see him shaking hands and kissing babies on his campaign to bring humans and mutants together. The focus though is on Jean Grey (Sophie Turner), a mutant with psychic abilities. After an encounter with a cloud of space fire becomes something so powerful that even she cannot control it. Jean is given an interesting backstory filled with extreme emotional trauma and deception. It could have amounted to a story worth watching but remains boring. Eric/Magneto (Michael Fassbender) should have been given his own Holocaust surviving, Nazi-slaying movie series by now. Yet for the umpteenth time, he is handed the same circular story from the last three movies.

This see-saw battle, which sees Eric start off as good, have someone precious taken from him, and then unleashing pure carnage, is a tired cliché for an otherwise interesting character. The screenwriters need to move on from this character arc. As Jean struggles with her powers, the X-Men team falls apart and infighting (and actual fighting) begins. Consequently, Dark Phoenix is the love child of Captain Marvel (2019) and Captain America: Civil War (2016). It has both space shifting alien bad guys who fight on trains and battles that split the team of heroes into factions.

The movie was compared to Captain Marvel so heavily that the third act underwent major reshoots and saw the final skirmish move from outer space to a locomotive. On paper, Beast fighting Cyclops sounds like a great time with all the blue fur and laser eyes happening. Instead, it is a snooze. Even the normally wonderful Jessica Chastain as the evil Vuk, a monotone alien leader who wants Jean’s new powers to either take over Earth or grow a personality, stumbles. It is amazing how unremarkable Dark Phoenix is. The writers have given the characters lots to feel and do but have fumbled the execution. You won’t want to see if there’s a post-credit scene or not. It should have lived up to its title and been a second chance at greatness for Fox’s last X-Men movie. Instead, it is a sluggish flop over the finish line. There is nowhere but up for Disney to take this franchise now.

Summary: It is amazing how unremarkable Dark Phoenix is. The writers have given the characters lots to feel and do but have fumbled the execution.