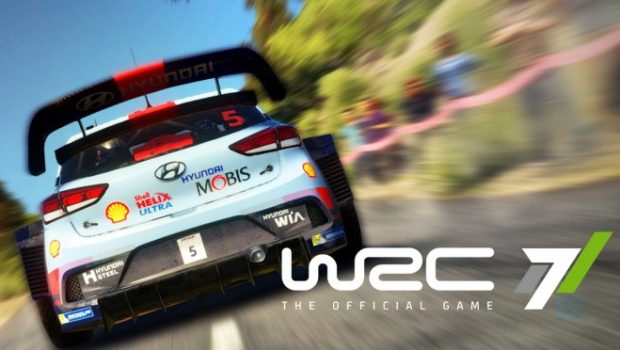 Summary: An accurate, addictive simulation of the prestige rally championship.

World Rally Championship, where those who dream of driving fast through rolling hills, dense forests, into towns and up mountains come. The closest thing to being in a real rally, with near accurate simulation of real rally courses and the teams within the famous world touring championship. The game allows you to experience first hand what it’s like at the helm of one of these purpose built rally machines, at the mercy of the rally courses and their ever challenging hills, turns, bumps and exposed rocks and enthusiastic audience. The game plays like previous installments, albeit with updated controls for the PS4. It features a campaign mode where you can place your name into one of the current 2017 teams, starting from Junior WRC, to WRC 2 and the main WRC class, each team have their own morale and approach to racing, some prefer a safer driving and less damage to the car is preferred, others are more aggressive teams and tend to prefer faster times but ultimately the objective is the same, do your best for the team to keep moral stable and do better to increase morale. And then it’s off to the track, the controls are easy enough and certain cars handle slightly differently, the power of these vehicles is less of a concern as most of the time you’ll be traversing tight corners and narrow roads. The game features tarmac, gravel and snow, which all require different driving styles and also different weather climates, variances of wet and dry can make the courses more challenging to drive on. If you can manage all these and a good season, you’ll likely receive an offer to jump to the next class, sometimes mid season but definitely at the end of each season, depending on your performance, but the good news is the lowest difficulty is incredibly user friendly and even a newbie like myself can easily win races despite the many errors I made. The new updated graphics place the game on a higher scale, but it still probably only compares to the quality of some older Forza games in comparison. The main focus here is smooth gameplay and HUD displays, it’s simple design allows you to simply enjoy the game without cluttering the screen with unnecessary telemetry. The landscape design of each country and their respective special stages are pretty good, right up until you decide to take to the grass and take out some spectators. It suffers from what many games of this style seem to do, the design of the immediate vicinity is great and well made, but to cut corners to allow for smoother gameplay graphics and design beyond just boundaries of expected play the graphics fall immensely short, crowds are hard to design and animate sure, but I’ve seen better, leaves of trees just off the track are more like thick unshapely masses of green that don’t resemble leaves at all, it’s little things like this that I notice and take note of, it’s not a major problem, not in the least but it’s a notable absence that I cannot help but take note of and be somewhat irritated by. But for the most part the game does its job and does it remarkably well, I’m just very fussy with design.

The audio of the game is good, menu music suits the theme of the game but there is none to distract you during the race from the start to finish which leaves you to concentrate on the very clear and well presented co-driver instructions that guide you through the otherwise incredibly blind corners and sudden turns. The cars sound fairly close to their real world counter parts, ambient and environmental sounds are highly accurate, the gravel sounds much like it would were you driving a regular car on a gravel road with stones crunching under tire, the tarmac tire screeches are much like they would were you forced to slam on the brakes on a real road. The whine of the engine as it speeds and slows and the creak of the brakes under full application are just as you’d expect them to sound it’s really impressive the audio detail they managed to capture and it was a real pleasure to see the lengths they went to, to capture the realism in this regard. All in all, the game is fun and addictive, if you’re into racing but are looking for a difference then WRC is definitely one to try. It’s all the fun of racing, with a little less pressure compared to being thrown onto a track with 10+ other guys to beat, dodging cars and racing for immediate on-track position, instead it’s you more or less racing the clock with the challenge of doing the best time. It’s probably not worth the price tag, the cheapest being around the $89 mark, so best to wait it out for it to come down a bit but if you’re a racing fan looking for a bit of difference and challenge it’s definitely worth looking into.