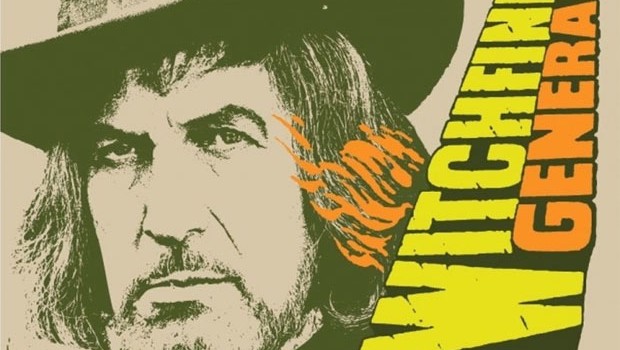 Summary: Witchfinder General on Blu-ray is an undoubted cult classic

In the chaos of the English Civil War, a man emerged and proclaimed himself Witch Finder.  The historical Matthew Hopkins (played here with dead eyed menace by Vincent Price) spent three years terrorising the south east of England, taking advantage of the breakdown in law and order to pursue a religious inspired form of terrorism that killed dozens and dozens of women. Witchfinder General concentrates on events either side of the Battle of Naseby, a pivotal conflict that helped settle the fate of Charles I.  Hopkins and his sadistic offside Stearn (Robert Russell) come to the village of Brandeston in pursuit of more witches to persecute, torture and execute (and be handsomely rewarded in the bargain).  A priest, John Lowes (Rupert Davies)and his niece Sara (Hillary Dwyer) find themselves the target of Hopkins perversions.  Sara’s lover and soon to be husband, Richard Marshall (Ian Ogilvy), a soldier in Cromwell’s army, discovers the horrors visited upon them and vengeance soon follows.

Efficiently and handsomely directed by then up and coming director Michael Reeves (who sadly died nine months after the film’s release), Witchfinder General mines a strain of English horror familiar to many.  With films like The Wicker Man, or rural ghost stories by writers like MR James or television series such as The League of Gentlemen or Robin Redbreast, English rural or folk horror fixes itself firmly outside the civilising influence of the cities, and takes the audience to a milieu at once attractive but ultimately repulsive.

Witchfinder General plays these horrors straight.  There is no supernatural angle to the setting – the women named as witches are simply people who have become targets for those  jealous or slighted or angry with them.  The collapse of central authority caused by the war allows local authorities, isolated from each other and civilisation, to be influenced by learned men like Hopkins into allowing them to inflict their perversions on those isolated in this way. The confronting nature of Hopkins and Stearn’s crimes is balanced against the viewing experience offered by the movie.  Shot on location, the vistas of the English countryside are frequently beautifully rendered.  Lush greenery, the patina of the light on the forest, the crash and tumble of waves on a shore all evoke a deep connection to the land imbuing the film with a definite sense of time and place.

Made on a pittance with a view to being a tax write off, Witchfinder General is uncomfortable viewing.  Price, at that time coming off a number of very campy roles in Roger Corman films inspired by the works of Poe, plays the role menacingly straight.  He imbues Hopkins with a compelling self-belief and dark charisma, fired by religious piety mixed with greed and sexual lust.  The is all the more surprising given the frequent clashes between Price and director Reeves.  The scenes of Stearn torturing men and women, with evident glee, are deeply confronting, as is the scene where a woman is burned to death while Hopkins looks on approvingly.

By comparison, the role of Marshall and Sarah begin in a straightforward manner, conventional young lovers heading towards marriage.  What Hopkins arrival does to them mirrors the effect of the war on the country – upturn precedent and expectation, and leave ruined lives in its wake.  The ending of the movie is equally confronting.  There is a level of realism to the reactions of Richard and Sara to their suffering that elevates the movie above the mere humdrum and leaves us wondering exactly what constitutes a happy ending.

Those with an eagle eye for English character actors will be well rewarded.  Tony Selby (Doctor Who), Bernard Kay (also Doctor Who) and Wilfred Bambrell (Steptoe and Son) appear throughout the course of the movie, providing cameos and giving the movie additional character and scope through their nuanced cameos. Unexpectedly modern in approach, with a firebrand director willing to explore areas unfamiliar to the genre, Witchfinder General is an unexpectedly interesting and exciting film.  Undoubtedly influential, it points the way to the more realistic English horror movies such as The Wicker Man in the 1970s, and an escape from the grip of the Hammer Horror stylings of the era.

Film:  3/5 a movie from a more sedate era of filmmaking, Witchfinder General is nevertheless an efficiently directed movie that makes the most of its location, and eliciting an unexpectedly chilling performance by Vincent Price.  An undoubted cult classic.

Visuals:  director makes the most of his material here, taking advantage of the rural setting to evoke a pastoral feeling hiding the evil that men do to one another.  Wonderful use of light and space, and a fantastic dissolve from tumbling waves to a raging fire mark this out as a visual treat. 4/5

Audio:  the most difficulty the viewer will have with the audio is the variety of regional English accents that come to the fore.  Otherwise, crisp and clear, which is remarkable given the age of the elements.  3/5

Extras:  aside from a number of trailers for cult movies coming out from Shock, there are no other extras on this release.  For those of us horrified by watching the movie Scum in 1982, seeing the trailer for it had a strange kind of sickening fascination.  2/5