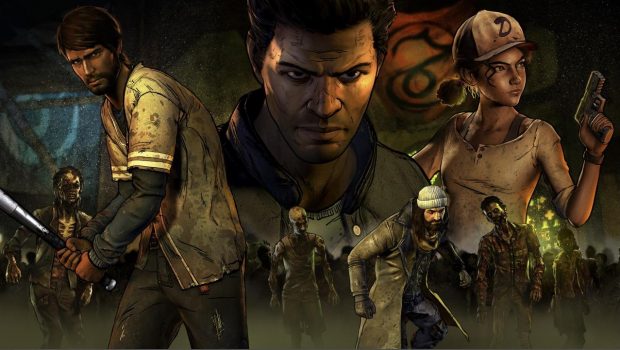 The Walking Dead: A New Frontier – Episodes 3 and 4 PC Review

Summary: The episodic graphic adventure continues when Javier and his group go head to head with 'The New Frontier' gang.

War is about to erupt in the community of Richmond – home to the dangerous and radical group who call themselves The New Frontier. And with Javier and his group of homeless survivors trapped within, he will have to work quickly to manage unlikely alliances for the safety of his loved ones in The Walking Dead: A New Frontier, an episodic adventure game based on Robert Kirkman’s – The Walking Dead comic book series. Episodes 3 and 4 are more story-based than action-based, which is a little disappointing for a game that involves fighting for your life against zombie attacks. In the end it felt like I was watching a b-grade episode from The Walking Dead television series, complete with terribly scripted lines and bad voice acting.

Overall the storyline is good but sometimes poorly executed, with one example being when a group a survivors have the time to sit down and chat about life (complete with violin-esque music) in the middle of man hunt and impeding zombie attack on their community. In saying that though, the character developments and the evolving relationships between them makes the game genuinely interesting and engaging. And you cannot help but have a concern for their welfare. From my experience, I did not feel that the choices I made shaped the game as I more or less ended up with the same outcome at the end. This goes hand in hand with the dialogue choices as they do not mirror what the characters end up saying or doing, leaving you without any control as to how you want to play the game.

Both episodes lack in environment exploration, puzzle solving, and zombie action, leaving no levels of complexity as everything is pretty much straightforward and handed to you. The QTE were predictable and slightly sluggish in response which stripped out any excitement when it came to the action scenes. The music and sound effects were good but sometimes not realistic, especially in one situation where you can see a hoard of zombies trying to break down a garage door but can’t hear them. The bad voice acting follows suit where the flow of dialogue between characters was disjointed and not believable. The graphics helped the gameplay experience with detailed characters and environments, and I liked the touch of using real life looking pictures in the photo frames. The saving grace for the game is the characters and their relationships with each other (especially between Javier and Kate). I feel connected to them and I want to follow them onto the next episode to see how they resolve the major cliffhanger at the end of episode 4. Fingers crossed episode 5 steps up it’s game!