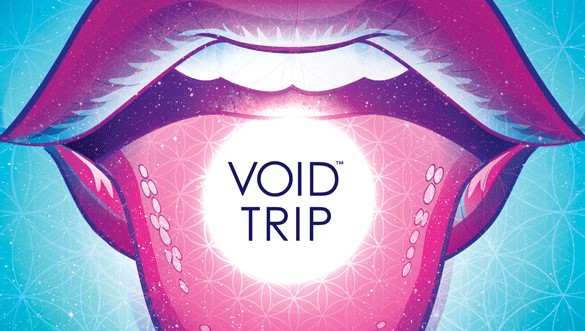 Ana and Gabe have finally reached the hippie-paradise planet called Euphoria, where they hope to live out the rest of their days living a peaceful and idyllic life surrounded by space froot. Their dreams, however, quickly dissolve as the weight of reality comes crashing down around them. Things are looking pretty bleak.

Void Trip #3 begins with Gabe and Ana standing on a precipice, overlooking the dismal landscape of Euphoria that stretches before them. The hippies are gone, their beautiful architecture and monuments destroyed and the utopia ceases to exists, as a barren wasteland lies before them, as Euphoria has been taken over by a hostile robotic army. Ana quickly blames herself, claiming that they killed the dream, however, Gabe dismisses her ramblings, pointing out that the robots occupying the planet are the ones responsible for destroying Euphoria. Their conversation is interrupted by a red clad armed robot, asking whether they are sided with red or blue. Thinking that these red draped robots are of course red, they say red, only to find out that they are in fact blue…confusing, right? Once again, Ana’s dry wit saves them, as she accidentally declares their motto, whereupon they are whisked up and taken to their Sargent. A thick and burly looking robot, sporting a fancy twirly moustache informs them about the fall of the hippies and the rise of the robots. Thousands of years ago a hippie civil war – what a horrible thought – broke out, as a conflict arose over which space froot gave the biggest high. Instead of physically fighting, the hippies delegated the combat to their robotic slaves, and over a few weeks the hippies completely forgot about the raging war… also forgetting to tell the robots. So, the war continued, the hippies eventually died out and the result is the barren war-torn Euphoria that remains today. Damn those hippies, they ruined everything! Ana, Gabe and their ever-loyal progressibot are then incarcerated, and as the lurking threat of sobriety creeps up, they are left asking the question, “What now man?”.

Oh dear, things could not have turned out worse for these two space hippies. Euphoria is the opposite of their dreams, turning out to be a warzone of death and destruction, instead of the blissful paradise that they were hoping for. I rather like how Ryan O’Sullivan keeps throwing us curveballs in quite a fast and jarring fashion. Just when you think that things are going to work out for them, they breakdown and the shit hits the fan once again. I also enjoyed the Euphoria civil war history lesson from the Sargent, where he explains why the war broke out and who was to blame. Hearing that it all began because of a fight over which space froot gave the biggest high, sort of reminded me of the vacuous and self-serving arguments that I witnessed in my youth among my some of my idealistic hippie friends. I couldn’t help but giggle at their predicament, finding the whole reason for the war to be quite funny. Plaid Klaus’ art is highly animated and buzzing with energy. I really love how he captures the emotional nuances in Ana and Gabe’s faces, making them feel alive and bubbling with rollercoaster emotions. Seeing a bleak and war-torn Euphoria was a treat as well, and I found that these first few pages that focused on the city ruins to be quite compelling and impactful. There are also a number of scenes where we see some interesting angles and framed perspectives being used, which I believe helps to bring a new visual dynamic to the story. The colour palette matches the tonal shifts of the story, reflecting a much bleaker and sombre mood, with a more muted palette being used throughout.

Overall, I thought Void Trip #3 to be a clever issue, which introduced some interesting and intriguing plot developments. We are left with a bit of an unexpected cliffhanger, and I’m really looking forward to seeing what will transpire in #4. 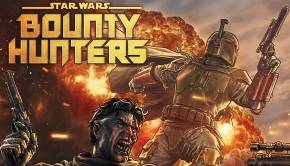 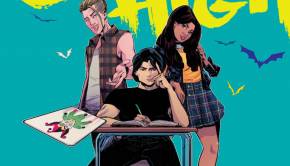 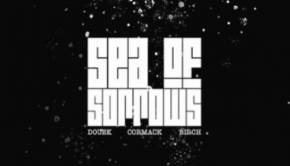 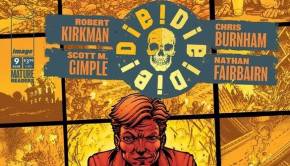