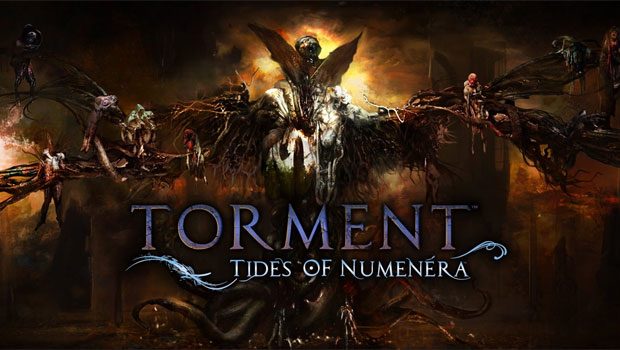 Summary: Torment: Tides of Numenera is a fantastically written and incredibly deep role-playing game with most of its strengths firmly in the narrative department rather than its turn-based combat gameplay systems.

As one of the most popular Kickstarter projects propelled to reality with $5 million worth of investments from 75,000 backers, Torment: Tides of Numenera seeks to satiate the ravenous hunger of its fans eager to see the good old days of classic computer role-playing games make a comeback in the modern era, with a return to deep RPG table-top rule-sets, isometric perspective, complex dialogue systems with tangible choice and consequence, and a rich text-heavy narrative. The spiritual successor to 1999’s Planescape: Torment, a classic computer role-playing game which failed commercially but lived on as a celebrated cult hit, Tides of Numenera doesn’t entirely recreate that same magic of its namesake, but it does a damn good job at putting forward another welcome addition to the re-vitalised CRPG genre.

Torment: Tides of Numenera has one of the richest and weirdest sci-fi settings I have ever indulged in. Set in the Ninth World a billion years into the future, eight civilizations have risen and fallen into oblivion, leaving behind incredible works of technology. The ruins and devices they left behind are called numenera and worshipped as magical relics or divine monuments by the current medieval societies inhabiting the Ninth, who have formed entire belief systems and settlements around them. From the ancient and architecturally bizarre Sagus Cliffs to the crumbling obelisks and shrines littering the Valley of Dead Heroes to the living, breathing alien city known as the Bloom which sometimes eats its own residents, the people, places and things you will see in your playthrough of Numenera are thoroughly engaging thanks to inXile’s willingness to diverge from the stereotypical medieval conventions and trappings of other settings in the CRPG genre.

The game casts the player as the Last Castoff, a discarded body which once hosted a powerful being known as the Changing God. The protagonist (you can choose to be male or female) was the latest vessel for the consciousness of the Changing God, who inevitably transfers into other bodies to preserve their immortality and cheat death. His actions have awakened the Sorrow, an ancient entity which hunts both the Changing God and all of its Castoffs. Every Castoff which preceded you inherited portions of the Changing God’s powers, and as the final rejected vessel, your character is the most powerful of them all – and how they shape the world and define their place within it is entirely up to you. The Last Castoff is effectively a blank slate, abandoned and dropped into an alien setting, confused and disoriented, with only flashes of memories that are not yours to grant you knowledge necessary to survive. After the initial confusion where you roam a dark and unfamiliar pit, you are introduced to character creation, which grants limited customisation of your Castoff. The three class types, Glaive, Jack, or Nano (roughly corresponding to Warrior, Rogue or Mage) all have different associated abilities and skills, both passive and unique, which suit a variety of playstyles depending on whether you want to be an intimidating fighter, nimble and silver-tongued rogue, or a wise ‘magic’ user. The three corresponding stat pools of Might, Speed and Intellect are resources you use to activate relevant abilities and skills, or use to increase your chances at success in the game’s Effort mechanic.

Effort is a huge part of Tides of Numenera, used in the Last Castoff’s every interaction with the game world or dialogue with characters, and using the stat pools of your character and companions tactically is key to succeeding in dialogue skill checks and in combat to land hits that are otherwise statistically unlikely. Rest and money is required to replenish them, and time passes while resting, making certain events missable – but encouraging thoughtful use of Effort. Often, however, I found the best part of the game is playing through the outcomes which arrive from your character’s failure, such as angering a hostile group of warriors and entering battle, only to realise there are still further opportunities to scare them off or talk them down from bloodshed.

Gameplay in Tides of Numenera consists of exploring the Ninth World in an isometric perspective, interacting with its inhabitants to learn more about the surroundings, political climate and to gain access to quests and levelling opportunities. Up to six companions join the Last Castoff in their journey to discover the fundamental question of the story – what does one life matter? – and each have their own interesting motivations and personalities for the player to discover. My favourites were Callistege, an intellectual woman who perpetually lives parallel lives in multiple time streams simultaneously and Tybir, a charming silver-tongued bastard with a whole lot of baggage. While the six feel unevenly developed and voice-acting among them is sparse, the writers make you care about their individual plights, and the quality of their stories somewhat lessens the impact of the sad realisation the game was meant to launch with eight companions instead of six. Combat is present and accounted for, but players must know before purchasing that the game’s strengths are derived heavily from its impressive dialogue tree system and text-heavy script. If you want to roll a character that brute forces their way through enemies and obstacles or are not the type of player to read hundreds of words and talk rather than shoot, you will most likely be disappointed. Because I rolled an intelligent perceptive Nano, I had a blast as a wise old mediator who averted conflict with logic and reason and used my powers to gain slight advantages in speech. The entertaining Scan Thoughts ability, which let my Last Castoff read the surface thoughts of every person he met, allowing me to fathom their true intentions and deceive and persuade people a lot easier in conversation skill checks, gaining blue tide points for being curious and talkative, and bonuses to intelligence. I also loved reading the incredibly detailed passages describing character appearances, feelings and body language, aided by subtle sound effects and careful use of voice-acting in key moments (though I do wish there was more).

Talking with the zany characters and learning the lore of the world, even if the prose is often flowery and over-descriptive at times, is the most fun element of the game, no questions asked. There is a ton of choice and variety in this game in how to interact with NPCs which caters to a variety of approaches with a crazy amount of skill checks and accompanying descriptors which bring conversations and the setting to life. Not only do you learn more about the lore and find new quest opportunities for interacting with as many people and objects as you can, but you also gain points in the titular tides, which governs how people react to your Last Castoff. If you attack everyone you meet, you gain points in the red tide, but it doesn’t necessarily mean you are evil – just reactionary, or more a person of action than speech. Helping people grants you gold tide, but you may be more about securing your future than genuinely being a person of good standing. To the game’s massive credit, it really does tailor to your playstyle and personal roleplaying goals, and in my case, I was able to progress through the majority of my 20+ hour playthrough without having to resort to violence.

Unfortunately, there were a few moments where I failed persuading a hostile character to back down and was thrown into combat, and I really wish I hadn’t. The Crisis system governs fights and hostile encounters in Tides of Numenera, which are turn-based affairs where each combatant takes turns on the field on when to act. The mechanics are fundamentally sound and encounters feel pleasantly hand-crafted rather than random trash mobs, but the overall execution feels clunky and boring, mostly due to the combat animations attached to swinging a sword or casting a spell being incredibly underwhelming for a game of its budget.

Waiting for every enemy’s turn to finish is incredibly slow-paced and all instances involved being outnumbered by a considerable amount, even taking into account companions. Cyphers, at least, spice battles up as special and powerful numenera items used to turn the tide (see what I did there) of battle, dealing everything from stock-standard elemental or mental damage to multiple foes to summoning humanoid husks to fight alongside you and even out the odds. You also need to be mindful about consuming them, as hoarding them can blow up in your face (literally), adding another tactical element to their usage. Despite this, cyphers weren’t enough to hold my interest in battles, and I find it truly disappointing it did not turn up as engaging as other turn-based CRPGs, such as Divinity: Original Sin.

The game world of Torment: Tides of Numenera is displayed in a 2.5 isometric perspective, with beautifully crafted pre-rendered environments. While the art style was magnificently bizarre, colourful and unique in its portrayal of a futuristic sci-fi world, many little issues added up to take me out of the visual experience. Namely, NPC character models are dull in detail and lack character portraits, making all characters aside from your party floating windows of text, while animations, as noted before, are underwhelming. The PlayStation 4 version also suffered from severe frame-rate drops despite a day one patch, and it wasn’t something easily ignored. Graphically and performance-wise, then, the package feels woefully underdeveloped compared to other CRPGs of late, and along with the Crisis system’s shortcomings, these little problems added up hold Tides of Numenera back from having more to offer than its admittedly unmatched and complex dialogue tree systems and sheer quality of its narrative owing to its RPG and pen-and-paper fundamentals. Torment: Tides of Numenera is fantastically written and incredibly deep in the narrative department, offering an engrossing main story, set of characters and tons of genuinely unique and rewarding choices and consequences to discover via its complex dialogue trees and gameplay interactions. It also has one of the best written, intriguing futuristic sci-fi worlds ever created. Unfortunately, its turn-based combat systems fail to impress, and many technical issues on console coupled with minor problems like a lack of character portraits and underwhelming animations bring down the overall experience somewhat. If you yearn for another classic role-playing game with majority of its emphasis on its writing and offering players choice, Tides of Numenera is still recommended without question as a genuine classic in the making – it just could have used with a bit more time for polish and added flair for its gameplay systems and visuals.