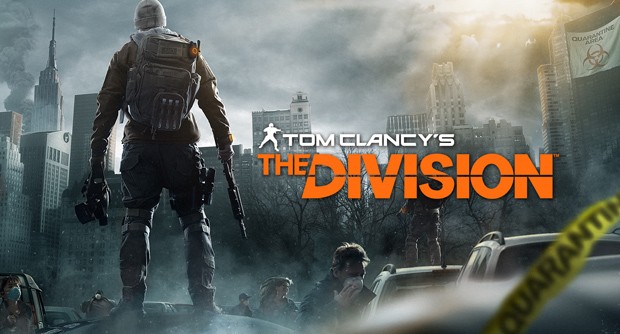 Summary: With a slate of content planned for the future and constant revisions to ensure that the playing field is as balanced as possible, The Division looks like it’s going to have the legs to retain its player base for the foreseeable future, assuming that Massive sort out the balancing issues in the Dark Zone, of course.

Tom Clancy’s The Division has already set records for being Ubisoft’s fastest selling new IP and the highest selling game of the year so far, but of course hype and high sales don’t necessarily translate to quality. So, how does The Division stack up against its contemporaries? Right off the bat the first thing you need to know about The Division is that it’s not your usual first person shooter; instead, similar to Destiny, The Division is structured more like an MMORPG with FPS elements. This means that, depending on the level of your current equipment, a baseball bat wielding rioter can take an entire clip to the face and barely miss a beat. Conversely, level up your stats and procure some of the higher tier weapons on offer and that same goon will only take a single well placed bullet to drop.

The basic premise of The Division is as follows – A variation of the Smallpox virus has been unleashed upon New York City, transmitted via the exchange of currency during the mad Black Friday sales rush. In the event of a major catastrophe, a sleeper cell of government agents dubbed The Division await the call to activate and head into ground zero. You take control of one of these agents and, after fiddling around with the limited physical appearance customisation options, you’re dropped directly into the middle of a city in the middle of its death throes. One of the most appealing things about The Division’s setting is the realism that comes along with it. You’re not some super-powered, genetically engineered killing machine or the subject of some ancient, mystical prophecy; instead you’re just a regular guy or gal just trying to lend a hand as well as you can.

Combat is predominately cover based and, particularly early on, survival ensures on taking advantage of this system and keeping your head down, as the enemies are quite literally bullet sponges. This is where the strategic element and stat crunching comes into play, as when you progress you collect an immense amount of loot, each one with its own unique stats and bonuses.

This results in a heavy focus on micromanagement as you go through and compare the incremental increases in stats after each successful run, constantly rejigging your load out to accommodate your latest acquisitions. Much like Destiny, this soon becomes one of the most addictive elements of the game, especially after you reach the level cap and it becomes your main incentive for venturing into the Dark Zone. And what is the Dark Zone, you ask?

It’s a walled off section of the city that is the den of wretched villainy you’d expect… I mean, it’s basically the plot of Escape from New York, minus Kurt Russell. In the Dark Zone you can accumulate special DZ credits than can only be used to purchase items from high end vendors. The Dark Zone is filled with top tier loot but also high level enemies, so it’s wise to build your character up somewhat before venturing into the criminal wastelands.

The awesome loot that can be collected is contaminated with the virus, so the only way to collect them is to shoot off a flare to summon an extraction helicopter and frantically guard your position until your bounty is clear of the area. Another major part of the Dark Zone is that it’s the only area of the game that allows for PvP combat. If you so desire, you can choose to gun down those you come across and steal their loot for yourself. Giving into your darker impulses carries a price, however, as killing another agent will result in your character being labelled as rogue and given a 30 second cooldown timer. Keep killing and your rogue level increases, granting access to even better items but also making you a target of other players as they can obtain a bounty for slaying you.

Unfortunately this Dark Zone, which should be rife with extraction zone double crosses and roaming bands of rogue marauders, is in its present state neutered as the penalties for going rogue are currently too severe. Hopefully this will be addressed in a future patch but at the moment you really have no choice but to play nice lest you be instantly gunned down and robbed. You level up by undertaking missions that have recommended levels, meaning you’ll have to grind one of the myriad side missions in between the major storyline quests in order to obtain the sufficient level before you’ll stand a chance of surviving. Thankfully these minor side missions aren’t too taxing and never really feel like a grind, even when you start to realise that there’s only a limited handful of mission variations.

For me, some of the most satisfying parts of the game was juggling my inventory and building my base of operations from a decrepit building to housing fully functional Medical, Tech and Security wings. Each mission you complete that corresponds with the wing’s colour will grant upgrade points that allow you to slowly add to each wing.

This is rather fulfilling and the vast collection of phone recordings, missing agents and more will keep you preoccupied as you build your stats between each major raid. You can choose to venture into the city by your lonesome or you can team up with up to three other agents, with the stats of your enemies rising accordingly. Working as part of a considered team is definitely the best way to tackle the game, especially when you each tweak your talents and upgrades to complement each other, such as having a dedicated Medic, Tank, etc. The flexibility of this system allows you to switch your character class on the fly, allowing for the perfect combination for each assault.

The lack of a crouch button is a curious decision but thankfully the cover system more than makes up for this; with a tap of the X button you’ll stick to the nearest piece of cover in your line of sight. You can aim your crosshairs and move from cover to cover with relative ease, although it can become a bit finicky when things get a little heated. The Division is a visually arresting game, with New York standing as one of the most realistic and accurate depictions of a real life location to date. There were times when my PS4 struggled to load in textures at times and I experienced a brief period of severe stuttering and frame dropping and an instance where I became stuck in the revive position during a firefight but for the most part The Division runs fairly smoothly and is free of any major gameplay or graphical bugs.

The audio is solid, if slightly unremarkable when it comes to the dialogue. The NPCs you see wandering around the city spout the same few lines and your enemies will incessantly repeat the same three or four war cries. The gunfire and explosions sound suitably robust and the ambient music, whilst never intrusive, lends to the overall aesthetic of this world in the process of breaking down. The storyline can be a little underwhelming and some can argue that once you reach the end game there’s not too much to do besides run the same few mission types over and over on higher difficulties. Whilst this is true to a degree, the sheer addictive thrill of increasing your weapon accuracy by two points well and truly sucked me in and I found myself finally understanding the draw of MMOs and games like Destiny.

With a slate of content planned for the future and constant revisions to ensure that the playing field is as balanced as possible, The Division looks like it’s going to have the legs to retain its player base for the foreseeable future, assuming that Massive sort out the balancing issues in the Dark Zone, of course.

Some may be deterred by the unrealistic nature of enemies absorbing entire clips before succumbing to death, but that quality reveals where The Division’s true allegiances lie: With the RPG elements, and it’s a better game for this decision.