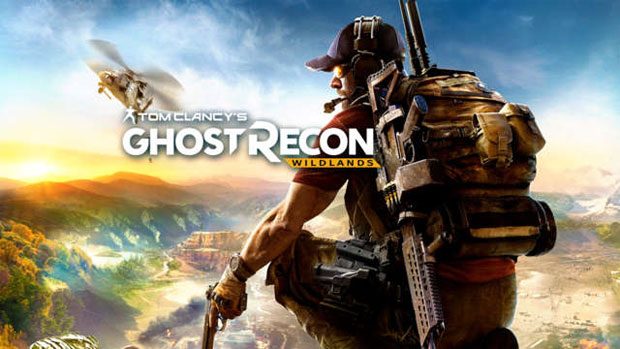 Summary: Wildlands is a fun sandbox open-world shooter from Ubisoft Paris with a massive amount of content that is best experienced with other players in its seamless drop-in, drop-out four-player co-operative multiplayer mode.

Tom Clancy’s Ghost Recon: Wildlands is one of those video games where playing with friends makes or breaks the overall experience. Designed as a 4-player open-world co-operative sandbox experience, it shines brightest when you have a full team of like-minded players willing to work together to achieve your goals with tactics and teamwork – or even just goof around and cause mayhem.

Set in 2019 in a heavily fictionalised Bolivia, Wildlands pits players against the Santa Blanca drug cartel, who have turned the South American country into a narco-state. You play as one of the Ghosts, a United States Army special operations fireteam sent into the Bolivian countryside to dismantle the four major sectors of the Santa Blanca cartel, run by all manner of kingpins, hitmen, distributors, playboys, psychos and other buchon and neutralise their elusive leader, El Sueño.

Wildlands is a third-person shooter with heavy gameplay emphasis on arcade-like gunplay and accessible squad tactics, set in a overly indulgent open-world environment typical of other Ubisoft-developed games. While not quite the “GTA in South America” many pre-maturely described it to be, Bolivia is packed full of activities and centered around player freedom. Its game-space is a sprawling sandbox of deserts, forests, mountains, and dusty towns traversable via air, land and sea and brought to life with dynamic weather systems and emergent gameplay encounters against hundreds of Santa Blanca goons. With a variety of equipment, vehicles and weapons at your disposal and more to unlock over the course of the game, you can lead the Ghosts all guns blazing with superior firepower and vehicular options, or with a more stealth-inclined approach previous games in the Ghost Recon series are better known for. Wildlands lets you customise your Ghost and their equipment in a variety of ways, which was a awesome option to have. You can choose to be either male or female with a range of different faces and races represented, along with standard eye colours and facial feature options (burns or scars for additional badassery) before decking them out in whatever style of casual and military gear you desire. Weapons are also diverse, with several modifications such as scopes, suppressors and aesthetic skins giving you plenty of flexibility in how you look and play when out in the field.

Your Ghost always appears in story cutscenes and gameplay as Nomad, the squad’s leader (in co-op, all players always hear Nomad’s voice whenever their character is speaking). Appearance and weapon customisation options are unfortunately not available for your A.I. teammates Midas, Holt and Weaver, who are extremely chatty and whose inane banter ranges anywhere from mildly interesting to cringe-worthy military bro-speak and cursing (“Shitballs!”). Choosing to play as a female Ghost introduced slightly more varied dialogue, but the squad chatter (and overall voice-acting quality) of the four was definitely an acquired taste. There is a substantial amount of effort placed in granting some personality to the Ghosts team, as well as the background histories and stories of Santa Blanca. A captivating opening cutscene narrated by El Sueño himself explains how the cocaine-focused cartel gained slow but gradual control over the country’s major infrastructure, and there is a substantial amount of additional exposition to indulge in (or completely ignore) detailing his subordinates via numerous video files, supplementary documents and voice recordings you can find out in the field as intel. I was pleasantly surprised at the effort placed in differentiating each of the Cartel’s key targets, and it made hunting them much more interesting than the average by-the-books military shooter.

The main strength of Wildlands which elevates it from other overly indulgent Ubisoft open-world checklist marathons is its moment-to-moment gameplay. Each buchon (major leader of Santa Blanca) rules a ‘zone’ on the map where players must explore and discover crucial intel to unlock each of the five story missions associated with that enemy and find out their final location to neutralise them for good, and often times the emergent and unscripted behaviour of your enemy results in wildly different experiences. Whether you’re breaking into a heavily guarded prison in the shadow of night while your spotter snipes enemies from a safe distance, or you’re tailing an enemy convoy which just happened to pass by in a tense chase, or you’re calling for mortar strikes when a group of unexpected reinforcements ruin your plans, there is a diverse variety of methods to take on the often overwhelming number of activities, missions and situations dotted out all over the Bolivian map. There’s also a ton of the aforementioned intel collectables, new weapons and equipment modifications, supplies for unlocking skill upgrades, easter eggs (my favourite is the hidden Dark Souls bonfire homage) and side missions in every zone to find and make use of – features typical of an Ubisoft open-world sandbox, but better done in Wildlands solely because you can bring three friends along for the ride and complete the entire storyline with them.

It can, admittedly, be overwhelming to take in the amount of content available on the map – after the first mission, you are left free to tackle whichever part of Bolivia and Santa Blanca you wish in any order. The many missions available are engaging but somewhat predictable in design and you will be quickly familiar with the templates and tropes – defend a location from waves of enemies, interrogate a key target, run down a convoy, collect enemy assets for supplies and levelling up skills, etc. The gunplay mechanics, while solid, can get repetitive quickly with the number of bodies you will be putting down in the dirt, and melee options are disappointingly scarce. But as you level up, more options become available to further enhance your playstyles and so long as I made an effort to refrain from running and gunning and actually deploy tactics in shoot-outs, I had a blast. Nifty upgrade-able gadgets like the drone, for example, can tag enemies from up high and even self-destruct if you need a big explosion. It also came in handy whenever there was too many eyes and I needed a loud distraction, and made infiltrating enemy outposts all the more interesting. Thermal and night vision toggles, meanwhile, aided my tense night time ops while I cleared buildings with takedowns while my three co-op partners shot out the lights and alarms from afar. Plenty of C4 and mines gave me an edge in setting up traps for convoys. My favourite feature, the sync shot, lets you coordinate your A.I. teammates or multiplayer friends to line up their targets in the scope and fire at the same time. The elation and cool factor of pulling off some elite military sharpshooting spices up the average firefight immensely.

If it is not already obvious, playing with a friend or three significantly delays the amount of time needed before these activities start to feel same-ey: Just when I was getting bored of assassinating my tenth Cartel member, the open drop-in, drop-out multiplayer lobby system gave me another random squadmate to discover the next story beat together. Tactically completing missions together is ultimately what kept the straightforward open-world driving to locations, discovering collectibles and shooting down goons from tiring me out. For every great part of Wildlands, there’s a few problems which dilute the mostly winning formula. For starters, you cannot customise any other members of your A.I. controlled squad or their weapons, which seems like an odd design omission given plenty of players would love to personalise their squad when not playing multiplayer. What seems like an overly sensitive detection system oftentimes ruins serious efforts to approach missions with stealth, as no matter how careful I was in tagging enemies with my drone from afar, a randomly spawning goon or ridiculously observant sentry would spot me through walls and ruin any chance of finesse. The physics system with the cars is prone to tons of awkward driving sections, clipping into the countryside terrain and other oddities. An irregular set of bugs also plagued co-op mode a dozen or so times, with players revived on the screen of one player and completely frozen in another. Perhaps these issues will be addressed in future patch releases or DLC content, but for now, it’s present, and slightly disappointing.

For all the attention placed on key targets within Santa Blanca, the NPCs who populate Bolivia are lifeless husks. They pointlessly amble around with the same recycled set of faces and clothing and utilise none of the dynamic A.I. shown in the way cartel goons react to your presence or civilian NPCs in other sandbox games such as GTA or even Ubisoft’s own Watchdogs 2, and this is especially strange given the developer has shown off their chops in the area not too long ago.

Tom Clancy’s Ghost Recon: Wildlands is a surprisingly in-depth open-world sandbox and an experience best served with friends in cooperative multiplayer. Having other players to tackle story missions and side activities together, tactically or all guns blazing, really pushes its robust and emergent gameplay systems to the limelight – my most favourite memories have all involved a great deal of improvisation and careful planning with a friend to pull off stealthy executions.

If you’re looking for a solo open-world experience, I would advise against playing Wildlands without at least one other partner (you can easily search and join random players in the multiplayer lobby). The squad-based mechanics and drug faction dismantling systems are not as gripping in the long-term with A.I. controlled team-mates, and repetition may set in a bit faster than it normally would as you take on a 50+ hour checklist worth of missions without the companionship of a squad mate or three to experience it all with you. Tom Clancy’s Ghost Recon® Wildlands is the very first military shooter in a massive, dangerous, and responsive
open world that you can play entirely solo or in four-player co-op.