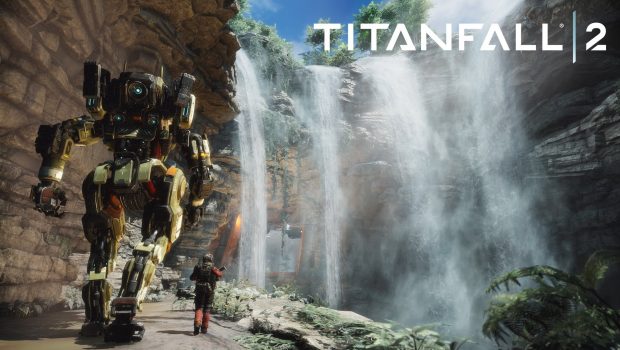 Summary: Titanfall 2 is one of the year’s biggest surprises and is a must-buy for any serious shooter fan.

Despite the pedigree behind the title, boasting key staff from Infinity Ward, the lack of a single-player campaign and the seemingly generic sci-fi futuristic setting really deterred me from checking Titanfall out and Respawn’s exclusivity agreement with Microsoft sealed the deal, as I didn’t own an Xbox One and had no desire in playing a last-generation version of the game. So I approached Titanfall 2 with some trepidation; would the game be accessible to someone who skipped out on the first title and, more importantly, would the long awaited single-player excursion into Titanfall’s universe be sufficient enough in quality to not only entice new players but to lay the groundwork for Titanfall to become a bona fide series, complete with its own lore?

I needn’t had worried though – After all, the creative minds behind Titanfall 2 steered the Call of Duty series through its most critically successful period, with the campaigns from Modern Warfare and its sequel often held up as the pinnacle of the franchise and the quality of the single player experience here is a testament to the fact that the chaps over at Respawn still possess some of that old magic. Rather than simply tacking on a stripped down variation on the multiplayer experience, Respawn has painstakingly crafted a rich and vibrant world that feels lived in, with pilots and their hulking mechs the only real defensive barrier between a descent into anarchy.

It sounds a tad hyperbolic to mention such FPS luminaries as Half Life 2, Portal 2 and even platforming greats like Super Mario Galaxy 2 in a review for a modern shooter but believe the hype – Titanfall 2’s campaign is among the most creative and ingeniously crafted FPS experiences I’ve ever played and will hopefully give what has become a staid and formulaic genre a much needed kick in the booty. Some of the mechanics that you encounter throughout the narrative are enough to base entire games upon yet Titanfall 2 effortlessly changes up gameplay with each stage, dropping one gimmick before it starts to feel contrived and introducing another, even more refined mechanic that consistently blows away your preconceived notions about the direction of the gameplay and story.

To give away too much would do a disservice to the fine narrative crafted by Respawn, but here’s the basic outline: Pilots are revered for their combat prowess and their indelible link with their Titans and Titanfall 2 really sells the sensation of stepping into the shoes of a long honoured and respected tradition and taking up the mantle of protector, albeit through a trial by fire throughout the opening stages. You play Jack Cooper, a Frontier Miltia Rifleman who is sent on a dangerous mission accompanied by a veteran pilot and his Titan, dubbed BT-7274. Predictably, things go fubar and before too long Cooper is thrust into the role of Pilot, forced to commandeer BT in order to fight their way out of hostile territory.

Although the general premise seems fairly threadbare on the surface, it’s the blossoming relationship between BT and Cooper that serves to carry the game through its early stages, hitting all the high points you’d come to expect from a buddy action romp. Admittedly Titanfall 2 starts off rather slowly, easing you into the movement system, piloting a Titan and the combat mechanics, but midway through the story there’s a major game changing mechanic introduced and the pace doesn’t let up from that point onwards.

The aforementioned movement system has been refined to the point where chaining together wall-runs and double jumps quickly become second nature as you easily and fluidly zip about the levels; even more responsive and naturalistic than the similar movement schemes in games like Mirrors Edge: Catalyst and Black Ops 3, Titanfall 2’s parkour system makes for some of the best feeling first-person platforming I’ve encountered. I could continue to lavish praise on the campaign, highlighting the impeccable combat and the simple joy that comes from piloting a Titan or the convenience of being able to switch BT’s loadout on the fly, but I think my effusive gushing above serves as a definite recommendation, so let’s turn our focus to what was previously Titanfall’s bread and butter – The Multiplayer modes.

Unsurprisingly Respawn has gone above and beyond here as well, offering up a variety of modes to cater to the tastes of different gamers. There’s a decent amount of maps available and although some suffer from looking a bit too similar to one another (There’s only so many spins you can put on the old “generic sci-fi industrial aesthetic”, after all), they make up for this through sheer virtue of being precisely designed to cater for the needs of both pilots and Titans, allowing for quick on-foot traversal as well as accommodating for the larger environments necessary for Titans. Besides your expected modes like team deathmatch, there are a few new additions, including Bounty Hunt, which sees players hunting down NPC enemies and then having to frantically bank their profits before other players slay them and Armed Hardpoint, which increases the focus on guarding obtained hardpoints by offering incentives such as extra credits the longer a point is held. I also really enjoyed Pilot Vs Pilot, which is exactly as it sounds – No Titans, just running and gunning like the Prince of Persia on steroids.

With a ton of customisation option available for each of the different Titans at your disposal, the depth offered by Titanfall 2’s multiplayer ensures that fans will be playing for quite some time and, with the promised steady release of FREE DLC to come in the future, Respawn has shown its dedication to maintaining an active and engaged community. Titanfall 2 uses the Source engine so, whilst it’s certainly far from the ugliest game available, visually it struggles to keep up with contemporaries such as Battlefield 1 and Call of Duty: Infinite Warfare. Respawn’s art sensibilities and creative design choices go some way towards obscuring the graphical shortcomings but it’s obvious that Respawn had a limited budget to work with compared to the proven blockbusters of the genre.

The audio is terrific, particularly the quality of the voice acting for the banter between BT and Cooper. The combat sounds as bombastic as you’d hope and, overall, Titanfall 2’s sound design is another feather of accomplishment in Respawn’s increasingly avian looking cap. I really regret dismissing Titanfall 2 as easily as I did, for by doing so I nearly deprived myself of one of the most exhilarating and inventive FPS experiences available on the market today.

With a single player campaign that subverts expectations at every corner, a movement system that can only be described as heavenly and a robust selection of multiplayer modes with more free content to come in the future, Titanfall 2 is one of the year’s biggest surprises and is a must-buy for any serious shooter fan.