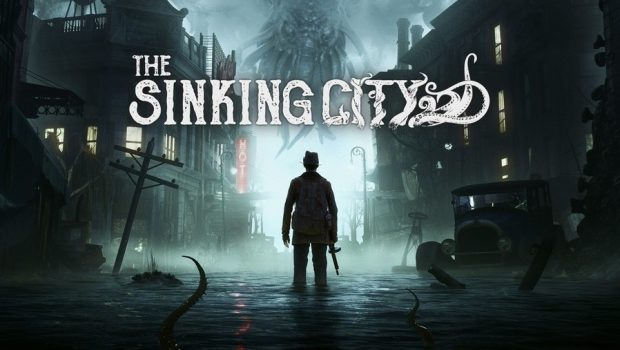 Summary: The Sinking City on Nintendo Switch is an excellent port with an intriguing narrative hook and Lovecraftian visual style let down by clunky combat and an empty open-world.

Whether you love it or hate it, the lore, motifs and themes of the Cthulhu Mythos have influenced a fair amount of video games – old and new – providing us with some great titles.

There’s just something about H.P. Lovecraft’s unique brand of cosmic horror that is perpetually mystifying, unsettling, and itching for exploration in more interactive mediums of entertainment.

While the likes of Bloodborne, Eternal Darkness and Quake all served up gothic treats, usually in the form of delightfully terrifying settings and visual design, I’ve always personally been waiting to play a slower-paced, narrative-driven title that truly bring the Deep Ones to life thematically.

Developer Frogwares have put their action-adventure roots to good use to deliver up a fun detective-driven love-letter to Lovecraft in The Sinking City, filled with terrific world-building, psychological (and supernatural) horror, engaging writing and a distinct visual style – even if the combat mechanics, investigation gameplay loop and open-world don’t quite hold up all the way.

The Sinking City puts players in the role of Charles W. Reed, a rough and gruff protagonist who embodies many stereotypical elements of what I envisioned the merger of a Sherlock Holmes and Cthulhu hero to look like. He’s a World War 1 veteran turned detective, burdened by his past and tormented by unexplainable visions of a sinking city. On the request of a client, Reed embarks on a job to investigate the stormy city of Oakmont, where others are experiencing similar supernatural afflictions – and where Reed hopes he can get some answers for his own demons, too.

Reed’s mission is a familiar, albeit intriguing premise that swiftly captured my attention thanks to solid voicework and a wonderfully realised setting. Oakmont has been taken over by an unnatural flood that has isolated all of its bizarre residents from the outside world, leaving Reed (and the player) out of their comfort zones while gradually uncovering the mystery behind the visions. It doesn’t exactly help that grotesque monsters from the sea infest the city, or that several citizens (called Innsmouthers) resemble the kind of terrifying deep-sea monstrosities straight out of an aquaphobe’s deepest nightmare. Did I mention the KKK are here, too?

The Sinking City rightly puts its investigation mechanics front and centre to help players explore these ghastly circumstances. As Reed, you’ll be presented with a number of crimes to solve and citizens to question, using old-school detective work to deduce the answers by exploring the crime scene, interacting with environmental objects and linking clues together in the interactive Mind Palace.

Depending on the difficulty setting, the game doesn’t hold your hand in putting evidence together, either, adding a welcome element of authenticity and immersion to the overall detective-driven setting. Given there are several different conclusions to investigations, it’s very satisfying to piece together the answers and face both the ‘right’ and ‘wrong’ consequences with NPCs. Another twist to the formula is Reed has an ethereal ability called Mind’s Eye, which lets him rebuild events to visually and link all the clues together in order to find the right lead.

Using such otherworldly intuition comes at the cost of your sanity, which is measured in a meter that drains while you use Reed’s third eye. Stay too long and scary apparitions and wylebeasts will plague you, leading to combat encounters. Unfortunately, the over-the-shoulder third-person gunplay in The Sinking City feels overly clunky and janky when it comes to general animations, aiming weapons and taking down foes (who at least are quite intimidating and genuinely unsettling), and the melee option is similarly unreliable in effectiveness. Even with the survival emphasis on crafting, scavenging and conserving ammo for ambushes, I can’t say it flowed as well as the investigation segments.

In terms of exploration, the city of Oakmont is brought to life with some impressive environmental details and melancholy atmosphere. Entire sections of the city are submerged by the Flood, forcing Reed to navigate by boat and travel through abandoned and infested buildings filled with hostile creatures. Many story NPCs are equally bizarre and bleak and play the part well with solid voice-acting and interesting personalities that usually land on the right side of dark and weird.

The realities, however, of a modern budget title can be seen in the general emptiness of the world outside of story-related areas and NPCs, the reuse of assets and the janky movement of both Reed and the people he interacts with. The scariness is never really ruined by these concessions, but it’s worth pointing out to anyone interested to keep expectations in check in terms of detail. Frogwares put some great effort into optimising their Nintendo Switch port of The Sinking City, and should be commended for their many quality-of-life changes, too. Playing mostly in portable mode, the game ran at a consistently stable 30fps, even in the open-world exploration segments. Environmental textures and character models suffered no significant loss in detail and look great in portable mode, and Switch users also get to enjoy slightly improved recoil and visual feedback during gunplay segments, gyro-scope support when aiming weapons, touch-screen functionality (for dialogue and mind palace options) and new audio effects. All in all, this isn’t just a straight port, and a great example for other third-party developers on how to optimise titles for the Switch’s unique hardware.

The Sinking City does an admirable job of blending the appeal of investigative gameplay and eldritch mystery, nailing the grimdark feel of a haunted, flooded city with its visual style, and providing a number of different conclusions to investigations and endings depending on your actions.

While digging into the mystery of Oakmont, the Elder Gods and Charles Reed’s past is somewhat bogged down by an empty open-world, excessive amounts of padding and clumsily executed combat mechanics, this indie title is well worth a go for fans of Lovecraftian horror and strong detective-driven gameplay elements. Lucky Nintendo Switch owners get a very decent port, too, which is always welcome for those who prefer to play-on-the-go or during a commute.