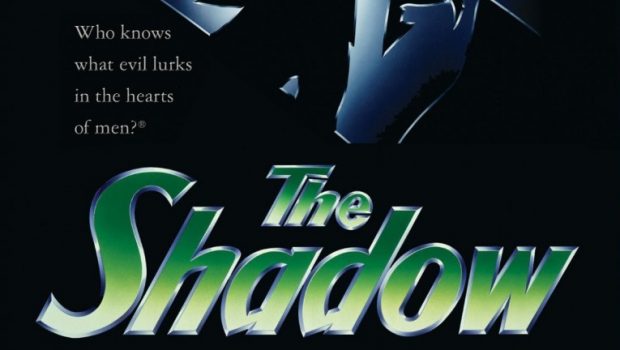 Summary: Drawing on inner demons, The Shadow protects his city from all who would do harm... even the last descendant of Genghis Khan.

There’s a chance The Shadow appeals to me because of my age… that is to say it has a nostalgic value as much as anything else. It sits right up there with Tim Burton’s Batman for comic book storytelling on the big screen. Big, bold and just a bit over the top.

The Shadow has a long history in pulp comics (and is featured in DC comics today… including crossovers with the Dark Knight himself). The story is essentially of a man who has uses psychic powers to cloud the minds of his enemies… the only thing he can’t obscure from them is his shadow. But he has a foe who uses the same psychic tricks and poses a great threat to The Shadow when he comes to America and holds The Shadow’s city to ransom with an atomic bomb. When I mentioned earlier that this sits right up there with Tim Burton’s Batman… it’s not just because they are super hero movies, it’s because they both share a similar feel… both were clearly filmed on a sound stage and have that closed in but larger than life feel to them. There’s a playfulness to the characters… they aren’t portrayed in a hyper real way that we tend to get with more contemporary hero movies. As such Alec Baldwin as Lamont Cranston (The Shadow) is able to spread his charm thick throughout the film and is well paired with Penelope Ann Miller as Margo Lane. Rounding out some of the big names in the cast are Tim Curry (larger than life as always) and Ian McKellen as the lovable absent minded Dr Reinhardt Lane. The special effects generally stand up quite well for the age of the film, some stand out a little but others blend in quite well. The video transfer is quite good and the only issue I really had turned out to be a bit of dust on the disk, so that was quickly removed and I was relieved to find it played fine. The audio, despite being a 5.1 soundtrack, doesn’t really use the soundscape as much as it could. I do suspect part of this is due to the age of the film and perhaps less attention being given to audio immersion… but with the ability of The Shadow to cloud people’s minds… there was a great opportunity to have his voice coming from all around the sound stage…. as it stands the main thing that does tend to ping around the speakers (and quite well I might add) is gun fire. So it’s not devoid of full use of the speakers… just under use, arguably. Overall though I still love this film. It is severely underrated and though Sam Raimi apparently had plans for a new film… that seems to have disappeared. Perhaps it’s best to not remake the film though as I think anyone will have a hard time topping the performances in this over looked classic! Do yourself a favour and add it to your collection to watch for the first time or to rewatch with joy!