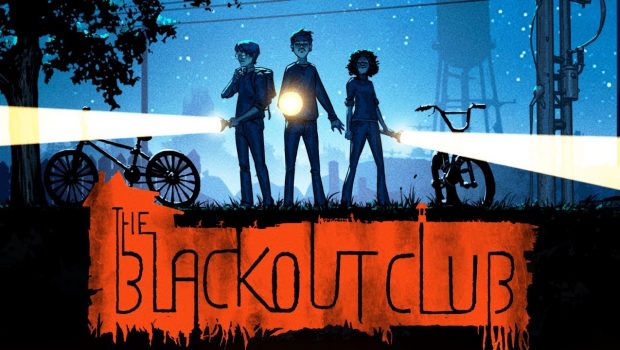 Summary: Although Question still have a couple of bugs to iron out, The Blackout Club ultimately makes for a fun and engaging, if slightly clunky, experience.

Having been a massive fan of Question’s previous effort, a criminally overlooked subversive deconstruction of game development and hubris titled The Magic Circle, I was genuinely anticipating what this small studio comprised of former Bioshock and Dishonoured devs would crank out next

Finally, after four long years, their follow up title The Blackout Club has exited Early Access and been released across consoles and PC; taking more than a dash of inspiration from Stranger Things in terms of its aesthetics and setting, The Blackout Club sees you take on the role of one of the members of the titular club.

The Blackout Club itself was set up as a way for the youth of the town of Redacre to convene and try to get to the bottom of the mysterious blackouts that have been plaguing their quiet little town and resulting in myriad disoriented and confused kids coming to their senses in strange and unfamiliar places, ostensibly having sleepwalked there whilst blacked out. The opening tutorial chapter guides you through the basic mechanics that you’ll be employing throughout your time with The Blackout Club and ends with your character succumbing to an unknown fate before switching to the remaining members of the club, who have to now add a missing friend to their ever growing list of problems.

The Blackout Club is a first-person horror title that is primarily designed to be enjoyed with a group of three other friends; there is the option to play solo, and indeed I elected to go it alone at first so as not to drag down a real team with my lack of experience, but after playing with a team of actual human beings and not having to rely on occasionally wonky AI to come and pull my fat from the fire, I don’t think I could ever go back to playing alone… This is a game where having a good team behind you makes all the difference.

When you start out you’ll begin inside The Blackout Club’s charmingly quaint base of operations tucked away inside a train car and will have to select from a selection of upgradeable perks and one of three items to take on your upcoming procedurally generated mission, dubbed Hero Tools. These items – A grappling hook, a crossbow and a stun gun, each have their own strengths and can be used to easily traverse heights or, more commonly, to elude the grasp of an invisible supernatural entity referred to only as The Shape (No, not old mate Michael Myers either).

Oh, I haven’t mentioned The Shape yet? Throughout the game you’ll come across possessed townsfolk, generally parents and whatnot, and will have to find ways to avoid being captured by them. The Blackout Club leans heavily on stealth and avoiding confrontation, although the addition of the Hero Tools can help alleviate dangerous situations when sneaking about. If things get too sketchy, you can quickly drop a patrolling enemy and make a hasty escape, but for the most part direct confrontation is a big no-no.

Bring too much attention upon yourself, though, and you’ll have to avoid The Shape, an ominous creature that can only be seen when your eyes are closed, which obviously makes navigation much more difficult. If you’re caught by The Shape in single player, then it’s frustratingly Game Over, but if you’re playing with others then they have the opportunity to revive you before The Shape can fully claim your body as one of its possessed vessels.

Adding an interesting dynamic to gameplay is the ability for players to become a Stalker and actively work against a team by invading their game Dark Souls-style and hindering their investigations. Players can choose whether they want Stalkers active or not and defeating a stalker in-game opens up the option for you to then become the antagonist in another person’s game. Having an additional force to contend with and trying to prevent them from grabbing key items or triggering The Shape early makes for some super-tense gameplay as your team struggles to keep one step ahead of an antagonistic entity controlled by another player, adding an asymmetrical multiplayer angle to the game that, for me at least, was definitely welcomed. Of course, invading players won’t be everyone’s cup of tea but I appreciate the option being available for those so inclined.

A few paragraphs ago I mentioned that The Shape was invisible and could only be seen by closing your eyes; this mechanic plays a much larger role than simply alerting you to The Shape’s presence, however. By closing your eyes at the right times, players can find hidden messages and trails to follow that help expand the lore of the game and reveal cryptic tidbits of information. Most of the random missions are fairly straightforward and entail locating an item or finding a person and gathering some information to send back to base and pore over for clues to the cause of the blackouts. Unfortunately, the mission design can get repetitive quite quickly and there’s only a few slightly different variations to really work your way through, but if you’re like me and have spent countless hours on games like Dead by Daylight and Left 4 Dead, then repetitive mission structure isn’t necessarily a bad thing if the gameplay loop is compelling.

Thankfully, despite the aforementioned buggy AI, getting through missions in The Blackout Club is a fun experience when paired up with a communicative team and a few minor unpolished elements don’t detract too much from the experience. The sound design here is exceptionally well done, especially considering the limited budget and resources of the team. Effortlessly evoking an atmosphere of dread, the audio complements the stylised graphics nicely.

Visually The Blackout Club isn’t the most photorealistic game out there on the market but manages to cover up any perceived graphical shortcomings quite nicely through inventive character and environment design and artistic direction. Although Question still have a couple of bugs to iron out, The Blackout Club ultimately makes for a fun and engaging, if slightly clunky, experience. An ambitious entry into the horror genre, the game’s distinct lack of focus on attacking makes for an incredibly tense experience as your team scrambles to compensate for their relative weakness compared to the antagonistic forces trying to hunt you down.

Some more variety amongst the mission types would have been welcomed, but even then that admittedly minor quibble doesn’t even really become an issue until you’ve poured a substantial amount of time into the game in the first place, which you’ll likely do if The Blackout Club grabs you as much as it did me.

The multiplayer component is where The Blackout Club really comes into its element, so be sure to try and experience the game with a decent team backing you up if possible; although still enjoyable, the single player experience pales in comparison.