Summary: Learn from one of 10 sword schools in this free-to-play MMO

Martial Action MMO in your face

Swordsman by Perfect World is a free-to-play MMORPG that is currently in open beta. It’s based on the Chinese novel The Smiling, Proud Wanderer by Louis Cha (a fact you are reminded of during the game’s initial loading screen), though a few plot points are slightly different to better accommodate the player. While the game is free, Perfect World supplied Impulse Gamer with one of the packs players can pay for in order to better experience the game.

The game is accessed through Arc, a program that is essentially the Steam of Perfect World games. I personally found it a bit cumbersome to have to download one thing just to download another, but it makes sense if there is strong brand loyalty to Arc. I suspect there is, due to how controls for Swordsman are recommended; there’s more on this later.

The plot is pretty average. Cha’s novel was a political metaphor masked as a work of fiction, and the plot works much better for that purpose rather than as a game. In the amount that I played before writing this review, the plot was mostly avenging deaths caused by villains. It works as motivation, but it’s nothing new (which makes sense, seeing as The Smiling, Proud Wanderer was published from 1967 to 1969). Like all MMORPGs, the bulk of Swordsman’s content comes through quests. One of the options allows active quests to be displayed. The name of the quest target, be it an enemy, location or npc, will be highlighted, and the player will move toward that target if the name is clicked. This made navigation through the world easy and quick, but it felt at times like watching the game instead of playing it.

Even if I was watching instead of playing, auto-routing was still my preferred method of moving about. This was because of the control scheme. Swordsman has three control schemes, and for me it was a matter of finding which one I disliked the least rather than which one I liked the most. One scheme uses the mouse to move and the keyboard to attack; another uses just the keyboard, with the mouse controlling the camera; and the last scheme is a combination of the two that doesn’t enjoy the benefits of a dedicated scheme from either of the first two. Not one of the control schemes had a good camera-moving system, so I played by choosing an optimal angle and hoping I wouldn’t need to move it.

Complicating the matter was that the control schemes were recommended based on how other Perfect World games’ controls worked. “Suggestion: Players who are used to playing FW and ESO” doesn’t help newcomers who have no clue what FW and ESO are (Forsaken World and Ether Saga Online). Another issue I had was with the loading screens. It takes over 70 seconds to go from launching the game to being able to play it, with the two screens separated by the five-second interactive portion of choosing which character to play and which server to use. A loading screen also appears whenever you change locations, adding to the delays. I don’t know if the loads were merely long on their own, but I suspect that tabbing out of the game during loading screens stops the process, forcing players to watch shimmering Chinese script and a tip that may or may not fit on the screen.

Swordsman looks okay. The best graphics come from the landscape, and initial character customization is pretty in-depth if you want it to be. It also has a nice visual mechanic where clothes marked as fashion items override armor, so players can wear the best gear possible without worrying about how items might clash aesthetically. One display problem is that while quest dialogue is shown in a text box, words will sometimes cut off mid-apostrophe. If “I’m” is the last word of a line, it might appear as “I’ <line break> m.” That looks jarring and sloppy.

I think the best part of Swordsman is its audio. The music matches the mood, and sometimes there is no music at all because just ambient noise can carry the game at that point. The voices are all Chinese, with English subtitles. For me, this was both a blessing and a curse upon the game. Hearing characters speak Chinese helped with the immersion, but at the same time almost shattered said immersion because it was a language I didn’t know and made the dialogue merely a series of sounds.

While this next part doesn’t fall strictly into gameplay, it is worth noting. The game has a severe problem with its economy. Bots and cash for gold site advertisements run rampant. The advertisements abuse a chat mechanic called “roar,” which appears even if the chat box is closed. I also received at least one piece of mail a day advertising a site that I could buy in-game currency from. On a few occasions I found myself in the middle of a bot convoy, with no characters talking and all having four-letter names comprised solely of consonants. More than once while I had chat visible, players would complain about the amount of bots in the game, begging for someone, anyone, to do something about it. Criticisms aside, Swordsman isn’t a bad game. The combat was fun, and the same controls that didn’t help navigation made fighting enjoyable. In addition to special moves, double-tapping a direction makes the character dodge that way. Leveling up is easy, and while it didn’t hold my attention for long periods of time, the quests were short enough that it didn’t need to.

The game is free to play, which is the best possible value. It was a unique gaming experience for me. My mind wandered about what I could be doing instead while playing Swordsman, but when I was doing something else, I thought about playing the game. Swordsman isn’t unplayable because of the issues outlined above, and even if I didn’t particularly enjoy certain elements, I liked the game as a whole.

If free entertainment’s most redeeming quality is that it’s free, so be it. That’s not a knock against it. 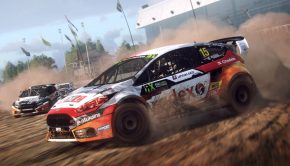 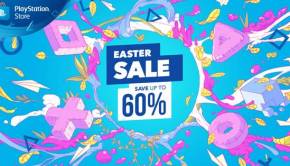