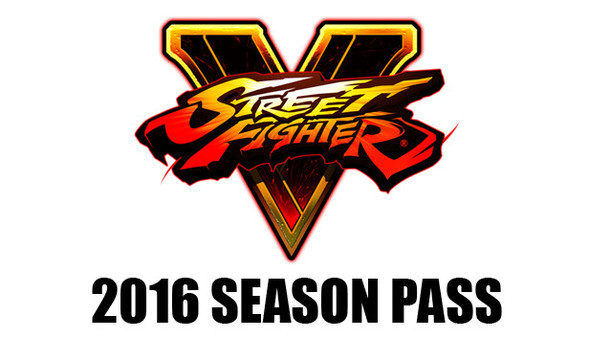 Capcom has a whole host of additional content lined up for Street Fighter V over the next few years, with 6 characters set to drop throughout 2016 available to purchase either via this season pass or by grinding fights in order to accumulate enough Fight Money for each purchase.

Whilst Capcom has kind of bucked the trend by offering a majority of the DLC for free, the simple fact of the matter is that some players might lack the time or the dedication to participate in the immense amount of fights necessary to be able to afford each character, stage or costume.

This is where the 2016 season pass comes in – For the princely sum of $44.95 players can bypass all of the tedious grinding and gain instant access to premium costumes (Which will also be purchasable via the Zenny currency, once it launches), each of the six additional characters as they release periodically throughout the year and at least one brand new stage. Due to the staggered release of the content, at the moment the only real draw of the season pass is the character Alex, with Guile, Juri, Urien, Ibuki and Balrog set to release over the remainder of the year. As such, it’s hard to do a comprehensive overview of the Season pass until everything is actually released.

Whilst it’s admirable that Capcom have offered up an option for fans to access this upcoming content for free, if they so desire, surely I’m not the only one who laments the days when you made a one-off purchase and received a complete game? We’re still waiting for a proper story mode and a whole raft of modes and content that would have normally been available on upon launch and having to grind or fork out extra for characters that, by all rights, should have been originally included is a sad indictment of what the gaming industry has become. Despite alleviating the hours of work necessary to purchase these characters, it’s hard to recommend this season pass unless, like myself, you know that you just won’t have the time to accumulate enough Fight Money to get the content for free.

Coupled with the high price (Nearly half the cost of the base game) and the staggered release schedule, this will only be appealing to casual players, and I’m not sure that that target demographic would really care enough about a roster of DLC characters that only include two Classics (Balrog and Guile) and some alternate costumes to justify its price.

The promised additional stage is a nice bonus and if you pick this up you’ll also get some SFV avatars and an exclusive PS4 theme but I’m not sure that this will be enough to entice fans to fork out another $45 on top of the $100 that they’ve already laid down and, as mentioned above, hardcore SFV fans will easily grind out the required amount of fights in order to be able to afford the characters for free as they drop.