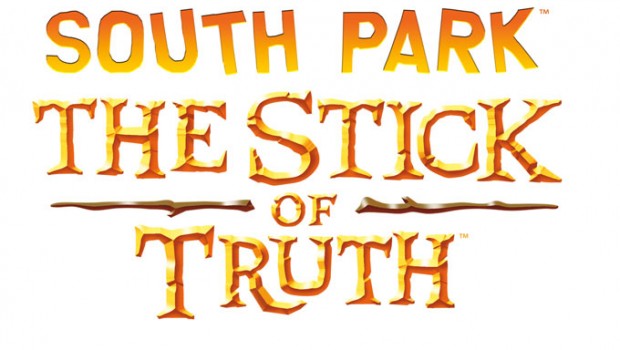 Summary: The South Park game we have been waiting for is at last here.

It’s here, and may well bring the end of all gaming as we know it. Leaving us all cowering in the dark… scrawling game screen pictures in the dirt with a sharp stick for this game spoils us… making all other forms of gaming a grotesque short fall compared to this game….  Just kidding, but thank you oh gaming fates… to at last bring the South Park experience all fans have been longing for and not like the majority of the ass raped versions of a mere game in a South Park wrapper. With that out of the way, let’s get back to the review… As it has been for told long ago, the masters of the humor we all know and love by Parker and Stone had started to work the forge of gaming to bring us a true South Park game…. It’s here, rejoice and go forth and rally your fellow South Park fans. South Park the Stick of Truth…is here. It is the definitive South Park experience. A game mix that packs the punch of the off the cuff humor of the show, and the ups and downs of any game.

Based on the characters in the show… the kids role playing sword and sorcery characters in the show the best example would be some of these episodes as the kids play and go into their own fantasy realms with the power of their imaginations…. “The Return of the Fellowship of the Ring to the Two Towers” perhaps one of the best episode, then the more recent ones with a three episode story arch “Black Friday”, “A Song of Ass and Fire”, and “Titties and Dragons”. The game meshes all the great things that you come to know and love about South Park and ups it, by adding true sword and sorcery role playing elements that take the player on an adventure as the new kid in South Park. It’s up to you to make a name for yourself of forever be known as a douche bag.

First starting you can create the character and customize them.  From hair and little extras like a spray on tan and various other items and clothing. All of course like the awesome signature looks from the South Park animated show. While there are no female playable characters, and this actually goes along with the show. Because the show has for the most part centralized on the boys, and more of a boys vs. girls kind of dynamic. That being said, you can dress them like a girl for whatever reason you may want to do that. It does not change the dynamic of the game.

The game kept me engaged, with its little side quests and battles and trying to figure things out.  Hell, being a fan of the show it was a blast helping Al Gore place Man Bear Pig Sensors around town. A cast of characters we all know and love or in some cases love to hate seem to make an appearance in some form or another. So be prepared to laugh and feel guilty about it, because there are something in our adult minds we just feel we should not be laughing at….but we do anyway. Shake our heads and move on. But we move on with a stupid grin on our faces because we have been entertained and that’s the main purpose of any game. Keeping us engaged and entertained.

The character classes in the game are the standard fare from most RPG style sword and sorcery games. Also if you’re a fan of South Park, you know them well.  There is…

Fighter: who has courage, honor and the ability to kick ass.

Mage:  It’s alike a wizard but not as cool.

Thief: Thieves are sneaky and have cool back stab abilities.

Or Jew: Which is a kind of mix of a fighter and thief it seems. It’s never really explained.

Battles are handles turn based, a dial comes up showing different choices for the character to take during their turn. From using items like potions and healing items, to using their weapons or special attacks.  Using a heroic ability takes up power points, but does a lot of damage and may even have a stun effect on an opponent. Once power points are drained, you cant use them again during an encounter…unless you have a power potion to restore power points.

While the battle can get to be repetitive in some respects, for some reason it just kept me engaged enough to want to do my best and go onward. Whether my characters had been fighting a Meth head, or Elf larper, or mean whino. Once you figure out some of the strategy involved and when to use certain heroic powers intermixed with potions and healing items things will be easier.  Not a walk in the park mind you, since you have to know what to do when the opponent has certain defenses up. Some attacks are useless while others depending on the defensive stance the opponent has, will yield you steps closer to victory. Along with special attacks per class, you will eventually learn special fart moves as well. Yes…fart moves. Deadly in the…umm errr hands…. Of a master.

Over all in its basest form the player as the new kid must go on a grand adventure to reclaim the Stick of Truth that had been stolen during an attack from the Elf LARP kids.  So during the adventure there are different quests to figure out as well as side quests and friends to be made. There are also special items to collect such as special Chin Pokémon action figures from the show.

While there does not seem to be much difference in the character classes and how they are handled, it may be worth a go to play the game through and test out each character. Since they do have special attacks that may be fun to try out and to see how things are handled with that character class. While there is not a lot of difference in the game play, the special powers are fun to try out from each character class. The RPG style gaming is not deep, what the hell did you expect? I mean really. It is South Park and it is done oh so very well. After all it’s a game based on a T.V show, based on the characters LARP role playing… it captures this spectacularly.

As you travel around the town of South Park you may or may not realize, South Park up until this time has never really been mapped out. Not in the show, not in a game, no place. So it is a real treat for fans to be able to wander around South Park and go, oh hey yea, THAT makes sense, THAT’S where Kenny lives just past the old rail road tracks at the very edge of town. With all its strong points there may not be a lot of replay value here, I mean out of morbid curiosity you may like to play some of the other character classes to see if things can be handled differently on your adventure.  But however you play it, if you are a gamer or a small child trapped in an adult’s body…you will enjoy your visit to South Park.

South Park the Stick of Truth. The South Park game we have been waiting for is at last here.

THE DEFINITIVE SOUTH PARK EXPERIENCE
Written and voiced by Trey Parker and Matt Stone, South Park: The Stick of Truth brings their unique brand of humor to video gaming.

AN EPIC QUEST TO BECOME… COOL
Earn your place alongside Stan, Kyle, Cartman and Kenny, and join them in a hysterical adventure to save South Park.

FRIENDS WITH BENEFITS
Recruit classic South Park characters to your cause.

INTENSE COMBAT
Arm yourself to the teeth with an arsenal of magical weapons and mystical armor.

SOUTH PARK CUSTOMIZATION
Insert yourself into South Park with something like a billion character, clothing, and weapon combinations.