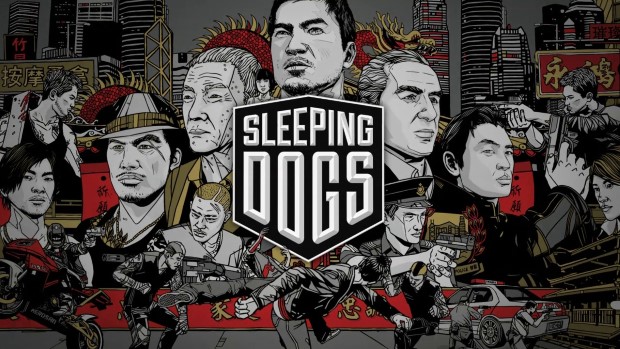 Summary: If you missed Sleeping Dogs last generation then you really should pick this up – With all of the DLC and refinements this is truly the definitive Sleeping Dogs experience… On consoles, at least.

Beginning life as an intended sequel in the open world True Crime series before being unceremoniously cancelled, Sleeping Dogs was subsequently revived by Square Enix and crafted into a new intellectual property that, despite being criminally overlooked in some quarters, made for an action/adventure open world experience that could sit comfortably amongst peers such as Just Cause 2 and the Grand Theft Auto series. Now Sleeping Dogs has made the leap to current generation consoles with a new coat of polish and all 24 DLC included with this definitive edition but does it still have what it takes to make an impression in this current gaming climate?

Short answer? Yes. Despite the limitations presented by being yet another remastered title rather than a true current gen experience, the simple truth of the matter is that, with most titles available for PS4 and XBOX One generally also being remasters, being designed for last generation hardware isn’t as much as a handicap as it may become in the future. Couple that with the fact that Sleeping Dogs in its original incarnation was an extremely solid game and you have a gaming experience that looks and plays superbly. Sleeping Dogs lets you play as Wei Shen, an American-Chinese police officer who has returned to Hong Kong in order to go deep undercover and infiltrate the Triads in order to try and bring down their criminal organisation.

Progress is achieved by completing missions and side quests for various lieutenants as you rise through the ranks, a mission and narrative structure that’s starting to feel a little tired in these kind of open world crime games but one that’s mitigated somewhat by an interesting take on the generic undercover cop plot and the paradox of committing criminal acts in order to uphold the law.

If you’ve played Grand Theft Auto (Or, indeed, the original True Crime series on PS2 and XBOX) then you’ll know what to expect gameplay wise –  Cars can be commandeered and used to traverse the city, civilians, both innocent and otherwise, can be attacked at will and the entire city of Hong Kong itself is a sandbox of activities ranging from the mundane to the insane. So, par for the course in that respect then; Sleeping Dogs understands that the open world genre pioneered by Grand Theft Auto 3 now has a definitive structure that players are used to and to deviate too drastically from that design could spell disaster.

Rather, Sleeping Dogs refines the formula to great effect, giving players additional methods of hijacking vehicles in transit by launching Wei off of his bike onto the roof,  streamlined mission selection where you can instantly set GPS coordinates for specific missions with a click of the left thumbstick, a combat system that leans heavily towards hand to hand attacks rather than an overreliance on gunplay and more. One of the game’s biggest strengths is in its setting, with the neon soaked bustling streets and myriad dingy back alleys of Hong Kong making for a stark contrast when compared to the American cities and tropical paradises of other open world games. The almost claustrophobic design of the city makes for thrilling chases and the exotic flavour of the culture is a welcome addition that serves to give Sleeping Dogs its own unique aesthetic.

The city genuinely feels alive and offers players an almost overwhelming amount of activities to participate in; from illegal street racing to martial arts training to side-quests for both the police and your criminal cohorts, players almost always have a smorgasboard of distractions to choose from. Going back to the combat, although many missions call for some extra firepower, a lot of the time you’ll be engaging with opponents hand to hand. This combat system will be instantly familiar to anyone who’s played Arkham City and, as with the aforementioned game, is satisfyingly meaty and strategic without requiring a steep learning curve to master. Players can string together combos, grapple enemies, counter attack whenever an attacking enemy flashes red and utilise environmental attacks like ploughing a hapless henchman’s head through a phonebox. The combat scheme is intuitive and responsive, striking a nice balance between going on the offensive and blocking and counterattacking, and the gruesomely visceral context-sensitive finishing moves make for some brutal melee brawling. The gunplay is solid, if nothing spectacular, with an effective cover system and opponent A.I that actually creates a challenge, but it’s the melee combat that’s the biggest achievement here.

The story is engaging enough, if a little cliché, and the lighter in tone DLC gives players a reason to come back to Hong Kong after the main storyline is completed; fans of Hong Kong cinema like Hard Boiled and Infernal Affairs will be absolutely in their element here. Although clearly having had a visual overhaul and a resolution bump, Sleeping Dogs hasn’t quite had the level of makeover afforded to another Square Enix definitive edition release, Tomb Raider. The textural and lighting upgrades are competently enhanced but don’t exactly leap out at the player and the pedestrian animation and lip syncing can be slightly off at times. The frame rate on consoles is also disappointingly locked to 30 fps and there seems to be some noticeable lag when using the title screen. However, considering that the original release wasn’t exactly the prettiest of games, when a direct side by side comparison is afforded players can get a greater understanding of all the minor visual and engine tweaks and, although they’re not all overtly obvious, they definitely help to make Sleeping Dogs a solid, if unimpressive, current gen visual experience.

Audio wise Sleeping Dogs comes with a great soundtrack and cast and the ambient sounds of the city serve to immerse the player thoroughly. The volume level can be uneven during a few mission but for the most part the audio mastering is competent throughout. The varied selection of tracks ensure that there’s something for everyone, no matter your musical tastes (Both Roadrunner and Kerrang were on heavy rotation in my playthrough), although it is a bit annoying that the stations reset frequently. The use of Cantonese language and music is also a refreshing change. If you missed Sleeping Dogs last generation then you really should pick this up – With all of the DLC and refinements this is truly the definitive Sleeping Dogs experience… On consoles, at least. The engaging gameplay, unique setting, solid driving and exceptional combat all come together to give players one of the most enjoyable open world games currently available and hopefully this time Sleeping Dogs won’t fly under the radar as much and more gamers will get to experience it.

The graphical overhaul and engine and mechanic touch ups are decent enough, although I’m not sure that they’d be quite enough to entice gamers to double dip like, say, GTA 5’s first person mode, but overall Sleeping Dogs is just as fun and as accomplished an experience as when initially released, but with all the extra bells and whistles you could want included.