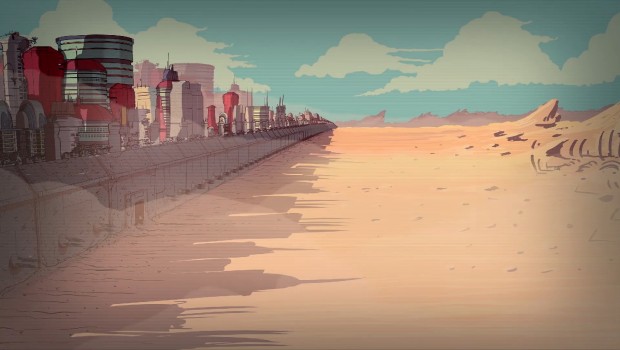 Summary: Sometimes there are diamonds to be found out in the wastelands. Maybe with a different kind of combat system polish, Skyshine's BEDLAM could be one of those.

Skyshine’s BEDLAM hates you. Not in the Dark Souls kind of way, where the game thinks you suck and so sets outrageously punishing tasks that, with a lot of persistence and patience, you can overcome. No, Skyshine’s BEDLAM has a hatred so venomous, so insidious, that even if you learn the quirks of the system, there’s still every chance it will still spit in your face, kick you in the kneecaps, and then laugh as you start to pull out your hair.

Difficulty is to be expected from a game with obvious Mad Max trappings, in that punk-apocalypse kind of way. And a journey out into the wastes in search of fabled salvation would be remiss without its risks. If disease or running out of resources doesn’t get you, then perhaps it will be the mutants, cyborgs, or countless other angry folks who just want to ruin your day. Everything wants to kill you in the land of Bedlam, and the tactical combat system is intent on assisting. Each turn is broken down into two actions: move and/or shoot. Regardless of the number of units on the field, each side only gets to take these two actions. What results is a constant struggle to properly position your units so they can actually deal damage while maintaining a safe distance. This is especially prudent for the weakest two classes—most enemies have the ability to one-shot-kill your troops, rendering any time and effort spent training them wasted.

Constantly trying to predict enemy movements and checking their range seems like a reasonable level of difficulty. But plenty of other mechanics work to severely limit the player. Cover is sparse and inconsistent—enemies take half damage when ducking in cover, even if you’re attacking their exposed side, but allies tend to take full damage. The critical hit for sniper (deadeye) units, which activates randomly and is almost guaranteed to be an instant-kill, seems to favour enemy units: I hit two, total, compared with the dozen or more that enemies scored on me through numerous battles. That’s before we even talk about the enemy blitz system. After a certain arbitrary condition is met—I suspect it is turns taken without killing an enemy, but the game is vague with its explanation and experiencing it makes it no clearer—the enemy enters a blitz, which allows them to take three actions that turn. Typically, this means that at least one of your units will die, but I have had two occasions where an enemy unit just ran in a circle for no discernible reason. When the enemy isn’t being a total idiot, its lethality is complete and remorseless.

Even without blitz, there were plenty of occasions where my damage output wasn’t high enough—even on a high-levelled deadeye—to kill enemies before they swarmed me. Even if they can’t attack directly, being able to flee (protecting your unit) or just move into a position where you can attack the designated 3-4 spaces (or whatever arbitrary range assigned to your particular unit is) leads to death, failure, and utter frustration. I love so much of Skyshine’s BEDLAM: the aesthetic, the dialogue, the way each character is given a little backstory. I love the concept of a journey through a ruined world to fabled salvation. The music, particularly, is incredible, with its twanging, western guitar blending with the more industrial, gritty sound effects. But not being able to determine the starting position of your own units means that every battle is a crapshoot, with the odds severely stacked against you. And while ‘unfair’ difficulty can still work in videogames, the way that Skyshine’s BEDLAM constantly screws you over can only be read as ‘cheap’.

It’s disappointing. With a design similar to favourites like FTL and The Banner Saga, I had high expectations. There’s still a lot to love about Skyshine’s BEDLAM but it’s not the deep and satisfying tactical RPG that I wanted. But if you’ve got zen in spades and a desire to challenge yourself, then perhaps you can appreciate what my mad mind could not.