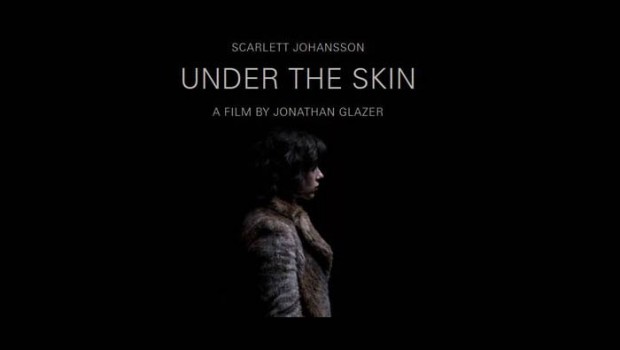 Under The Skin Blu-Ray Review

Summary: An unique examination of humanity seen through the eyes of something far more sympathetic.

Under The Skin is a wonderful piece of cinema that examines what it is that makes us human and gives us identity. Jonathan Glazer’s latest film also explores what human nature looks like through the eyes of something that is unhuman and the findings are quite shocking and unfavourable. An unearthly being takes the form of a beautiful woman (Scarlett Johansson) in order to walk among the crowds in Glasgow, Scotland and woo men into her world. However, she soon starts on a more important quest as she comes to realise what it is like to really be human and to interact with other humans. While Under The Skin doesn’t have traditional means of storytelling, it is a tale of discovery of both identity and what it is like to be human. The film  is incredibly unique and offers a new way of seeing what we as humans really look like. As Johansson’s unhuman being makes her way around Glasgow, she experiences both the generosity and selfishness of people in this day and age. She is helped by a stranger on a bus who recognises that she is confused and unsure about the world, but she also comes face to face with hooligans who try to break into her car. She also recognises pieces of human behaviour which make no sense to her such as a group of girls squealing over the prospect of a night out. Under The Skin prompts its viewer to contemplate how we interact with the unknown and different. Johansson’s character finds that there are many people who are not willing to start a conversation with her because it seems like an off thing to do to talk to someone you don’t know. Perhaps the most memorable part of Under The Skin, is when she meets a severely deformed man who is obviously so used to being treated differently and ignored by people. As humans are a new species to the heroine, she cannot see what is different about this man and treats him as she would everyone else, with kindness and respect. At first the man is suspicious and anxious, but then settles and is appreciative that this beautiful woman wants to speak to him. Treating someone a specific way because of how they look is a theme that resonates throughout the film as the mysterious lady gets a great deal of attention from men based on how she looks and sometimes this leads to advantage and other times to disadvantage.

The very first moments of Under The Skin are unsettling and rather creepy due to its dark visuals and distorted female voice. This introduction symbolises the process of becoming human and taking on human characteristics. The film is rather dark visually by nature and features the men which are taken sinking into darkness, but there are some stunning moments with natural sunlight, especially those in the car. The musical score is incredibly haunting as it gives the film as sci-fi/ horror film atmosphere. The score only accompanies certain parts of the film which is a very effective method as it adds special importance to those scenes. Scarlett Johansson is wonderful in this film as she takes on a role which is extremely unique and not at all stereotypical of such a concept. Her character has all the inquisitiveness and naivety of a child exploring the world of adults and struggling to understand who they are and why things have come to be. Johansson’s facial expressions are unworldly for a great deal of the film, until she starts to comprehend what it means to be human and then she shows confusion, and then understanding without using a great deal of dialogue at all. Her character starts off being an assumed evil outsider, but is the most genuine and kind being in the film.

The special features on the Blu-Ray include:

“The Hidden Lens” is a completely intriguing special feature, as it shows how much of the Under The Skin footage was shot using a hidden camera. As Johansson walked through the streets of Glasgow in character, a camera followed her and captured her as naturally as possible. Once this feature has been seen, it is impossible to watch Under The Skin again and not try to pick the unknowing Scottish doing double takes in her direction as they try and figure out whether they had really just seen Scarlett Johansson walking through a Glasgow mall and driving through the streets.