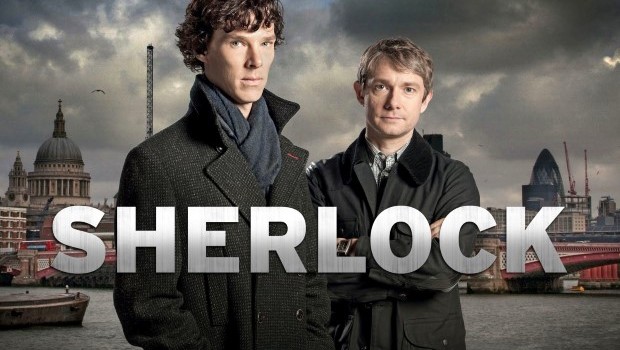 Summary: Moffat and Co. pull the entire process off with an aplomb that is absolutely astounding, giving us not only the best rendition of Holmes in recent times but also one of the best programs to ever grace our television screens, period.

After two unanimously praised three episode series’, Sherlock’s third series proved to be divisive amongst a vocal minority of fans and critics who claimed that the mind bending mysteries that served as the crux of previous episodes were pushed aside to allow for more focus on characterisation, to the show’s detriment.

On the other side of the coin, however, many were praising the show’s greater emphasis on humour and the dynamic between Watson and Sherlock being explored in more depth, with Mark Gatiss himself weighing in on the accusations of overindulgence aimed at him by simply stating “Sherlock is not a detective show but a show about a detective”, and he does make a valid point: As fiendishly clever and well constructed the mysteries were, it’s Benedict Cumberbatch and Martin Freeman’s impeccable portrayal of the classic duo that forms the true heart of the show. Series three of Sherlock opens by tackling the question that’s been lingering in the minds of fans for two years – How did Holmes survive the fall that seemingly ended his life but was revealed as yet another one of his ruses in the final scene of series two?

The entire first episode “The Empty Hearse” primarily concerns Sherlock’s long awaited return and the reactions of those close to him, especially Watson, who, after grieving for his companion for two years, is aghast at Sherlock’s nonchalance regarding his reappearance, manifesting itself in often highly amusing bursts of frustrated impotent rage. The main draw of the episode is also the aspect that may let some ardent fans down if they’re expecting a definitive answer behind the big mystery of Sherlock’s fall; although three separate scenarios are posited, in the end it’s up to the viewer to discern which seems most plausible, an ambiguous conclusion that will surely grate on some nerves.

Another major focal point of the episode, and indeed the entire season, is the addition of a new character in the form of John’s marital partner Mary, played by Freeman’s real life fiancé Amanda Abbington, whose mere presence effectively adds an extra dimension to the relationship of the main duo, with Holmes feeling the jealous pangs of perceived incoming abandonment. “The Sign of Three” is structured around the wedding of Watson and Mary, with the best man speech given by Sherlock serving as a framework for the apparently unconnected two memorable unsolved mysteries encountered by the duo that, rather ingeniously, feed into an attempted muder that takes place at the wedding itself.

This episode will be the most gratifying for fans lamenting the reduced focus on the big enigmas, with the myriad of tightly constructed plot strands coming together at a superb pace towards the big payoff and some major laughs to be had, particularly Holmes and Watson embarking on an investigation whilst just a little bit drunk. Some fans may take issue with how realistic the final reveal is, but personally I found the entire episode to buck the trend of the second episode of each series being the weakest. Finally we have “His Last Vow”, which introduces us to the eerie and austere master manipulator Charles Magnussen (Lars Mikkelsen), a media magnate with extensive files on the personal pressure points of literally every person in a position of some power, which he gleefully exploits in order to gain the upper hand.

Holmes has been tasked with obtaining some incriminating letters Magnussen has been using to blackmail a member of Parliament  but quickly finds things spinning out of his control as he comes to the realisation that he may have finally met the one man who can trump even the infamous Sherlock Holmes. Meanwhile, it soon transpires that Watson’s new wife may have a few skeletons in the closet of her own. The performances are absolutely brilliant across the board and the script smacks of inventive plotting and a rapier wit; the graphics depicting Sherlock’s deductive reasoning are a lovely touch, as is the visualisation of his mind palace, particularly during a harrowing scene where time slows to a crawl as Sherlock quickly runs through the best way to compensate for having just been short point blank in the chest.

The camerawork during these sequences border on the astounding and, visually, are easily some of the most sumptuous feasts for the eyes I’ve had the pleasure of experiencing this year. However, again it must be pointed out this series has a greater emphasis on the interactions between the characters and the connective fibre that inextricably binds them together, which may not be to every fans liking; personally, though, I feel the balance struck between the character studies and the mysteries to be spot on, with neither area lacking in focus due to the presence of the other. This transfer of the third series of Sherlock is absolutely gorgeous, displayed in an impeccable 1080p presentation for the first time (Previous releases came in 1080i) that’s resplendent in its fine detail and lifelike colours, most clearly evident in the garish wedding scenes in “The sign of Three”. There’s no sign of anomalies at all, with the crisp, clear image and lush blacks simply some of the most proficient examples of image encoding I’ve seen this year.

This incredibly high quality also extends to the audio presentation, which comes in a lossless DTS-HD Master Audio 5.1 track, again for the first time on a high definition Sherlock release;  Strong and masterfully balanced, the audio sounds simply superb through a decent system, with no audible bleed through and fine delineation between speakers. Overall, an absolutely gorgeous transfer that ticks all of the boxes and then some. Although only offering up three featurettes, each run roughly quarter of an hour, adding up to 45 minutes or so of insightful interviews with creators Mark Gatiss (Mycroft Holmes himself) and Steven Moffat and the cast and crew. “The Fall” featurette covers, predictably, Holmes’ fall from the roof in series two and the multitude of fan theories behind how it was achieved, ranging from the plausible to the outlandish (Including one referencing the Tardis, for good measure). The featurette seemingly points out the canon version of events before quickly pointing out that Sherlock may have very well have been lying whilst explaining the big reveal, leaving the ambiguity of the method behind the ruse intact.

“Shooting Sherlock” examines the process of filming Sherlock’s near death scene in great detail and presents some interesting discourse from the actors regarding the differences in their portrayal they would have added had they known about the major reveal in the third episode in advance. Finally the last featurette shows everything from a read through of the script to discussing the difficulties in bringing Holmes back and reuniting him with Watson, the ravenous fan base, and Mikkelsen’s creepy performance as Magnussen. Overall, a lovely little collection of supplemental features that prove to cover quite a bit of material across their relatively brief running times. Since its premiere Sherlock has been held up as the definitive modern representation of the famous detective and series three continues this tradition admirably. There’s nary a weak point in any of these episodes, although, and some fans will surely cry sacrilege, I rather like Jonny Lee Miller’s portrayal of Holmes from rival show Elementary slightly more than Cumberbatch’s…Which isn’t to say that the two are mutually exclusive, and I do enjoy both immensely, but I must admit to finding Cumberbatch’s performance of Holmes erring on the side of being too traditional, personally.

That being said, none of the performances contained within the three 90 minute episodes included here can be faulted in any way, and the same sentiment extends to the finely crafted scripts and immaculate production design. The addition of Mary could have very well destabilised the delicate balance of the main duo’s relationship but the writers handle her introduction and development as a character in such a measured and unobtrusive way that it only serves to bolster the dynamic between the leads.

Transplanting Sir Arthur Conan Doyle’s eponymous detective to modern times can’t have been the easiest of tasks yet Moffat and Co. pull the entire process off with an aplomb that is absolutely astounding, giving us not only the best rendition of Holmes in recent times but also one of the best programs to ever grace our television screens, period.