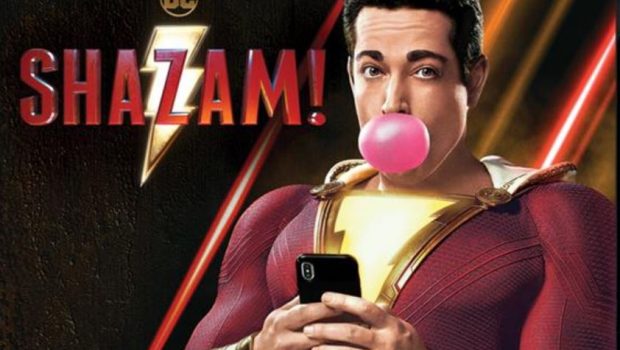 The surprise hit Shazam! is now available on Blu-ray, Digital, DVD and glorious 4K (reviewed) that not only looks phenomenal on this format but is also proof that DC’s losing streak is over. Since Warner Bros. dropped the concept of a clunky cinematic universe, ala Marvel Studios, and began focusing on quality over quantity, the quality of their DC comic book movies has risen. Gone are the days of half-baked ideas and over-produced cluster-busts, including the 2016 duds Suicide Squad and Batman v. Superman: Dawn of Justice. Instead, Wonder Woman (2017) and Aquaman (2018) both cleaned up at the box office and earned favourable critic reviews ranging from above average (the guy who talks to fish) to classic status (the symbol for female empowerment). Their success is attributable to dispensing with DC’s usually dark, brooding tones and instead paving the way for a slate of fun, upbeat films. Shazam! is another giant leap forward. Its charming lead actor allows it to become a solid take on the superhero genre. The movie is bright, colourful, funny, and extremely Gen Y-friendly. It is hard to understand why it took so long for DC to realise this winning formula. A movie about a kid who can turn himself into an adult superhero is just what the doctor ordered. In the end, Shazam! Is one of the better DCU movies that looks magnificent on 4K with super sharp images and vibrant colours. Seeing the contrast of Billy Batson’s superhero costume to the “real” world stands out well and when matched with the larger than life audio, it makes for a fun popcorn film from start to finish.