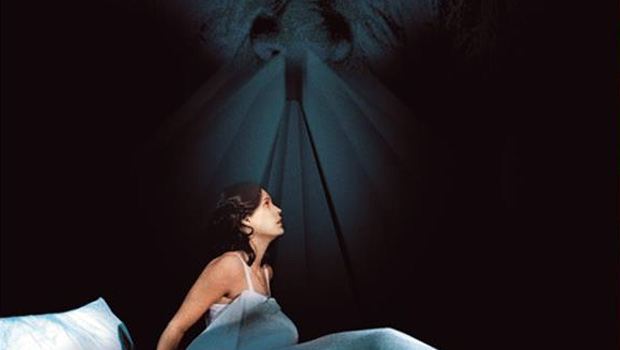 Summary: Neurotic New York model comes face to face with the minions of Hell - can she survive her own fears and save humanity?

When New York model Alison Parker (Raines) moves into a largely empty apartment complex in Brooklyn, she begins having bouts of insomnia and terrifying flashbacks to a previous attempt at suicide.

She also starts seeing and interacting with residents of the complex who no longer reside there. On the top floor, a blind priest, Father Halliran (John Carradine) stays constantly at the window, looking out over New York. Alison learns in time the complex is in fact a gateway to Hell, and that Father Halliran’s vigil is the only person stopping the Earth being overrun by Satan and his minions. The Sentinel is a strange mishmash of Rosemary’s Baby and The Exorcist – domestic horror infused with demonic intrusions into our reality. It is also a complete mess, mixing naturalism with surrealism, characterisation depending on the scene, acting that is wildly at odds with the tone of the movie, and a fantastic cast totally mishandled throughout the length of the movie.

It is nonetheless a fascinating experience to watch, as the mood and tone shifts from scene to scene. Alison’s character has wild flashbacks to her multiple suicide attempts and the scenes where she is dreaming are equally insane, mixing black and white with bold, striking imagery (note to the prudish – despite this being an American movie, there are lashings of nudity) that will leave you scratching your head.

Nonetheless, it isn’t a very good movie, especially when matched against the movies mentioned above that it draws so heavily from. Horror in the 1970s, in fiction (thanks to Stephen King) and movies,escaped the camp stranglehold that the Roger Corman movies (and, indeed, the latter Hammer movies)had placed on the genre. Gone were the wild Technicolor, fantasy landscapes, and in came a gritty,urban jungle where the horror was next door to you (or in the apartment above) and not some lone, Gothic castle in Eastern Europe. The Sentinel strives for this, but fails terribly. It is confused, confusing, with tonal shifts that will give you whiplash. Chris Sarandon is fun to watch, though, as a brooding presence in the background who may,or may not have, killed is previous wife/partners. The movie is also strikingly violent – no surprise from the director responsible for the first three Death Wish movies – but close ups of eyes being popped and noses sliced off are not for the faint hearted, even if the effects are slightly ropy from our standards today.

At best a curio, The Sentinel is still a fascinating stop on the horror film tour every genre fan should take during the 1970s. Bring the popcorn, and be prepared to experience a very wild ride.

Extras: trailer only – grainy and scratched, with the sort of stern voiceover that you come to expect from this era. Way, way too long, and serves to demonstrate how far the art of making a trailer has come in almost forty years.