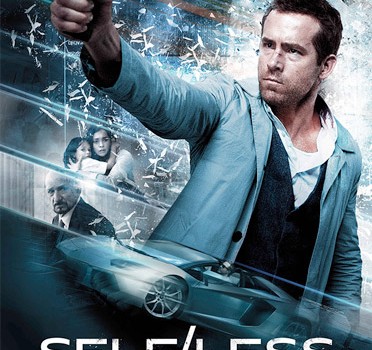 Summary: I've got your body on my mind... or my mind in your body?

When I first saw details about Self/less I thought it was going to be another “18 again”, “Freaky Friday”… but it turns out it’s more “The 6th day”.

Sir Ben Kingsley plays billionaire industrialist Damian Hale, a man who has spent his life building the city around him but who now faces a terminal illness. Hale learns of a clandestine treatment called “shedding” in which he is told his consciousness will be transferred into another body “a blank grown in a vat”. After hesitation and getting as close to death as he can handle, he takes the leap of faith and agrees to the procedure.

Upon waking from the transition he learns that he needs to take anti-rejection drugs or face some unpleasant hallucinations. Whilst generally diligent, in the process of enjoying his new body Hale misses a dose and experiences what seem like memories, upon questioning his doctor he is told they are simply the bodies way of dealing with the foreign consciousness and not to worry, just keep taking the tablets and all will be fine. But Hale has an inquisitive mind and can’t help but investigate the images and is lead down the rabbit hole that unravels the truth behind his “blank” (played by Ryan Reynolds). The film sets itself up reasonably quickly, allowing us to see enough of Hale’s idiosyncrasies to recognise them when he inhabits his new body. Once he has had his test drive and “wearing in” of his new body and his “memories” start coming through the movie starts to ramp up to an at times quite frantic pace… there are just enough slower points to give us time to breathe while we learn more of the truth behind shedding.

Visually the film is quite nice with the familiar blue cinematic tone throughout adding to the possible present/not too distant future feel. There are a handful of extras on the disc which provide some insight into the filming process and also some of the tech (the “shedding” machines it turns out are actually stripped down CT scanners). We get to see Ryan Reynolds taking a few body hits whilst being flung around during some fight choreography (which is good for those who don’t like him as you can imagine him getting bruised and battered or if you do like him you can be impressed at how much of his action scenes he actually takes part in). There are also the more or less obligatory comments from the principle cast and crew stating how the films topic is something that is either not far off… or perhaps even possible now?

The bottom line is this is a good flick if you want a bit of light sci-fi mixed in with your action and don’t mind a bit of philosophical ponderings sprinkled on top. In the words of the internet, it also “brings the feels”.