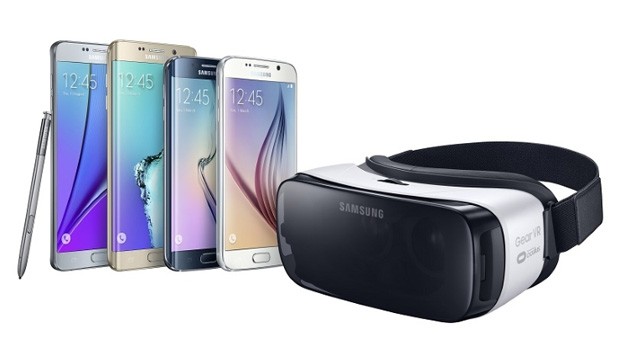 Summary: The Samsung Gear VR (Edition 3) is great value for money but has an annoying overheating problem!

Samsung have just released the first commercial virtual reality headset with the Gear VR Edition 3 that is compatible with the Galaxy Note 5, Galaxy S6, Galaxy S6 Edge and Galaxy S6 edge+. Available for $99USD (December 2015), the Gear VR is a partnership between Samsung and Oculus and just requires one of the above smart devices to power your very own virtual reality experience. Although not available in Australia yet, Impulse Gamer purchased the item through B&H who delivered the headset to us for just $165AUD (December 2015) which included postage. Needless to say once the Samsung Gear VR arrived, we were all excited in the Impulse Gamer offices to test out the headset. Did it meet our expectations? You bet! Installation is quite easy and you simply connect your Samsung compatible device into the microUSB connector on the headset and then clip it in.

This will automatically install the appropriate VR software on your device. One drawback from being in Australia is that Samsung’s Milk VR application is not available in this country, however by installing Hola, this tricks the phone in thinking you are from the US which then allows you to install the movie player.

Also before you can use the Gear VR headset, you first need to create an account with the Oculus store which does ask you for your credit card details in order to purchase paid apps. Fortunately this part of the setup can be skipped as the store does support quite a few free VR apps.

Furthermore, there is an adjustable head band to hold the Gear VR in place and this helps reduce the outside light. All in all, it’s a well-designed accessory for Samsung smart devices that allows you to experience mobile VR anywhere through games, movies, tech demos and other apps. Using the Gear VR is quite easy and it will support the user to learn the basics via a tutorial as it teaches you how to navigate and control apps via the d-pad and back button on the device itself. If things get a little blurry, there is a focus dial on the top of the headset to adjust the clarity of the Gear VR. The headset also has a volume button to adjust the audio.

Once you have the Gear VR on your head, the main menu will have a blue pointer that is controlled by which direction you are looking. To enter a certain part of the menu, you just need to look at the icon and then press the pad on the right side of the headset. There is even a back button to go back in menus and when you do take off the headset, the Gear VR will pause and in order to resume, you just need to touch the pad again. In terms of apps, we tested Land’s End (a fun little adventure game), Gone (a TV episodic series from the creators of The Walking Dead), Gunjack (an arcade shooter) and Oculus 360 Tours (experience the world through the VR). Other highlights included a Cirque du Soleil video that made it feel like you were on stage with the performers to a very amusing dinosaur app as you experienced one of these ancient beasts from Jurassic Park.

Although you can use the side d-pad on the Gear VR to navigate, you really do need a Bluetooth gamepad to maximise your experience such as the SteelSeries Stratus XL which really makes the experience quite a flawless one.

The video quality of the headset is quite good as it uses the high definition screen of the compatible Samsung devices to portray the images. However it still needs to be a higher resolution to increase that immersion factor. On the Galaxy S6, the screen resolution is 2560×1440 which still looks amazing but it’s still the initial generation of VR headsets so things will only get better from here. However all this VR goodness does come at a cost and this cost is that your smart device can quite easily become overheated. As a result, your Samsung device will issue a warning to the user which can be overridden by clicking continue. If you keep ignoring these warnings, your screen will soon start to get tears and all sorts of graphical glitches that requires you to disconnect your smart device or stop using the VR app. I did find that by not installing the faceplate over your phone, it does help disperse the heat a little.

Thankfully your smart device does cool down relatively fast but if you’re using the Gear VR in a very warm room (e.g. 30 degrees or more), don’t expect to get more than 15 minutes of usage. With a room around 18 degrees, you can easily get an hour use from the Gear VR which is quite decent but I do wish, Samsung took the overheating issue more seriously and I’m sure they will in subsequent models.

Although the Samsung Gear VR is not yet commercially available in Australia, you can purchase the device online and for just $99USD and it’s definitely great value for money and seeing the reaction from your colleagues, friends and family the first time they use the Gear VR is priceless.

Best of all, there are always new apps being released in the Oculus Store to keep you engaged and wowed at the same time. From movies to apps and some fun games that are full of colours to burst out of your headset, it’s quite an amazing experience. So if you have a lazy $160AUD lying around and want to be the first kid on the block to have a VR headset, then I strongly suggest you check out the Samsung Gear VR!