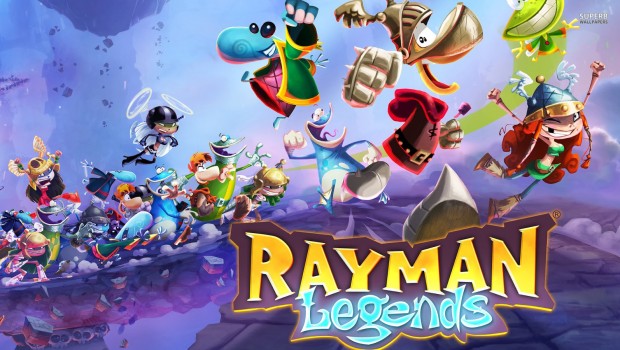 Summary: Rayman Legends is an amazing game on the PlayStation 4 that is definitely a must have download from the PSN store

Rayman Legends is now available on the PlayStation 4 (YAY) and is just as good as the previous console versions but looks slightly superior in 1080p thanks to the uncompressed textures with a locked 60 frames per second which looks like a cartoon come to life. The PS4 version of Rayman Legends even includes some exclusive characters from the Assassin’s Creed franchise which may not be a deal breaker compared to the previous version but it’s sure fun to see them in this cartoon inspired arcade game. At its core, Rayman Legends is a 2D arcade platformer with modern gaming mechanics as our popular Ubisoft hero returns to rescue all the Teensies who have been abducted by a nefarious evil. It’s basically that classic clichéd plot that is actually quite fun and what arcade game wouldn’t include token rescues. The game also offers players a cooperative experience which is equally if not more entertaining than the single player.

In single player you do need the help of other characters to get you through the game such as Murfy the Frog. Thankfully the developers have mapped out the controls to make this process quite easy such as tickling an ogre or moving floating shapes while still controlling your main character..

But what makes Rayman Legends so exciting is the variety of different levels and each area that you play is quite different, including the challenges you face which keeps this game quite fresh and entertaining. As you explore this world and if you really want to get even more immersed, players have the option of collecting all the Teensies and Lums in the game which can be quite tricky. For those gamers that don’t have the time to collect them all, you can still finish the game. However Teensies do unlock additional content such as levels and challenges. Lums on the other hand gives players additional medals to collect and scratchies that unlock new characters and galleries. Like most arcade games you do face the token boss battle which requires you to find a weakness in their virtual armour and is more puzzle meets combat. There are also a variety of characters that you can choose opposed to Rayman which is great for multiplayer.

The level design behind Rayman Legends is probably the best 2D platformer to date with lots of challenges, power-ups and characters to be found along the way. Another cool element about the PS4 version is that the developers have incorporated the touch pad with the game. For example, you can find scratchies (or lottery tickets) in the game which then require you to use the touch pad to scratch off. It’s a neat little feature. All in all, Rayman Legends is what arcade gaming is all about and works flawlessly on this console. Graphically, Rayman Legends looks amazing on the PS4 with its high definition 1080p graphics and a colour palete that looks like it has been taken from the 1971 film Willy Wonka and Chocolate Factory. The game just looks so vibrant and the colours just pop out of the TV. I also love the simplistic yet smooth animations. It’s just flawless, especially the mix of 2D meets 3D. In terms of the camera, you can use the touchpad control to zoom in and even pan the camera which is a nice feature but not really necessary. Thankfully the fixed camera works well. Musically, Rayman Legends is brilliant and the music goes hand in hand with the gameplay. Even long after you’ve finished playing Rayman Legends, you’ll still be humming the very catchy music. Rayman Legends was a brilliant game last year and for 2014, it’s still for now one of the best arcade experiences that you will have, especially on the PlayStation 4.

Rayman Legends is an amazing game on the PlayStation 4 that is definitely a must have download from the PSN store. The level design is brilliant and the developers successfully take a 2D game and turn it into something very special on this new next-gen console. Highly Recommended! 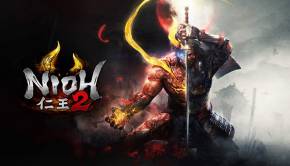