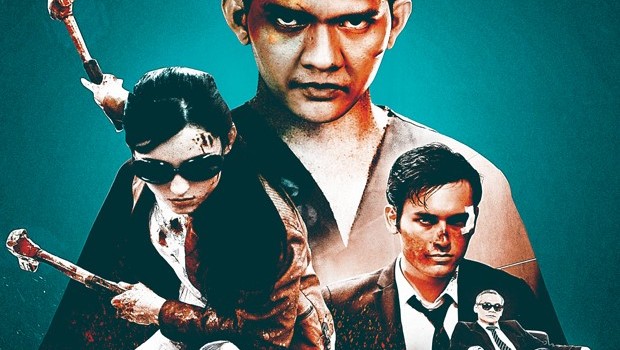 Summary: Almost an unrelenting parade of brutal violence during the fight sequences, The Raid 2 features some truly confronting scenes that push the limits of film classification.

The much awaited sequel to the surprise 2011 hit The Raid, the imaginatively titled The Raid 2 manages to pull off that rarest of feats – Along with films such as The Godfather 2, Aliens and Terminator 2: Judgement Day, The Raid 2 is a sequel that manages to surpass its predecessor in almost every way. Moving away from the singular setting of the apartment block from the first film causes The Raid 2 to lose some of its claustrophobic intensity but this is more than compensated for by increasing the scope of the film to that of a sprawling epic that is well deserving of the critical comparison to films like Infernal Affairs. Flash forward two years and Rama, now going by the name of “Yuda”, is now a high ranking figure in the criminal organisation headed by the brutal Bejo and has befriended Uco, the son of one of Bejo’s top lieutenants. Whilst delving deeper into the details of police corruption, Rama must also contend with maintaining his cover, honouring the genuine friendship that has developed between Uco and himself and doing his best to avoid the fallout from an ever widening internal rift between factions of the criminal empire.

The Raid 2 is bigger, bloodier and bolder than its predecessor, with some truly astounding action sequences that put anything from the original film to shame, most particularly a jaw dropping car chase sequence that serves as a showcase for Gareth Evans’ brilliant camerawork. The set pieces are instantly iconic, as are characters such as the vicious “Hammer Girl”, and the level of violence is almost unparalleled, with a visceral quality that’ll make you wince with every bone crushing blow. The lengthy running time may initially deter interested parties but rest assured that the film moves along at such a brisk pace that the entire two and a half hours passes by in a blink, with nary a moment of dead air to slow down proceedings.

The fight choreography is almost the best I’ve seen in any action film, period, and the greater emphasis on story greatly serves the momentum of the film, allowing for some effective moments of characterisation and focus on relationships that build up to a truly harrowing finale. The Raid 2 boasts an impeccable visual transfer that rivals the image clarity and detail of films with ten times the budget. Fine detail is resplendent and sharp, from the textures of clothing to the pores on the faces of the cast, and the colour palette is naturalistic and balanced throughout. There are no signs of any artefacts or visual anomalies, making this one of the most genuinely flawless image presentations I’ve had the pleasure of reviewing this year.

Audio wise The Raid 2 also takes top marks, with a pristine and dynamic transfer presented through a 5.1 DTS-HD master audio track that will put even a top of the market surround sound set up to the test. The directionality is pitch perfect and there’s no sign of any audible bleed through; every punch or bone shattering baseball bat swing sounds solid and with tangible weight behind it.

Simply put, this transfer from Madman is one of the best of the year and should serve as a benchmark for other films to be compared to in the future. The Raid 2 comes with a hefty helping of supplemental features for fans to devour once the credits have rolled, including an insightful and detailed audio commentary from Gareth Evans that delves into pretty much every aspect of creating the film that isn’t covered in the many featurettes also available on the disc, with Evans intentionally taking great care to not regurgitate information found elsewhere.

The aforementioned featurettes cover the differences between this film and The Raid, choreographing the awe inspiring fight scenes, the importance of shooting in a manner conducive to the locations used and an in depth look into how exactly Evans and Co. managed to pull off that astounding car chase scene.

Also included is a five minute deleted scene that adds no real context as to how it fits into the film and a forty five minute Q&A session that explores how the film’s origins lay in Gareth Evan’s original idea for The Raid before budgetary concerns forced him to set it within the confines of an apartment block, as well as discussing how certain action sequences were achieved, the process of composing the score and much, much more. Overall, there’s more than enough insightful extra material here to appease even the most ardent of fans. Fans of the first Raid film will be instantly drawn into this more accomplished sequel, with the film greatly benefitting from an increased focus on narrative. Some fans may lament the more streamlined structure of the original film but, in my opinion, the character complexities and more restrained pace affords Director Gareth Evans the opportunity to fully explore the uniquely gritty and violent world he’s created for our screens and opens up possibilities for the inevitable third entry into the film.

Almost an unrelenting parade of brutal violence during the fight sequences, The Raid 2 features some truly confronting scenes that push the limits of film classification, something ardent fans of the original film will be delighted to hear.

One of the best action films of this decade, the fact that The Raid 2 kept me as enamoured as it did, considering I don’t normally watch action films, is a testament to how accomplished and engrossing Gareth Evans’ claret soaked magnum opus is.

It may appear as nothing more than simple exploitation but beneath the bloodied surface lies an astute and disciplined directorial effort that heralds great things in the future for Evans and company.