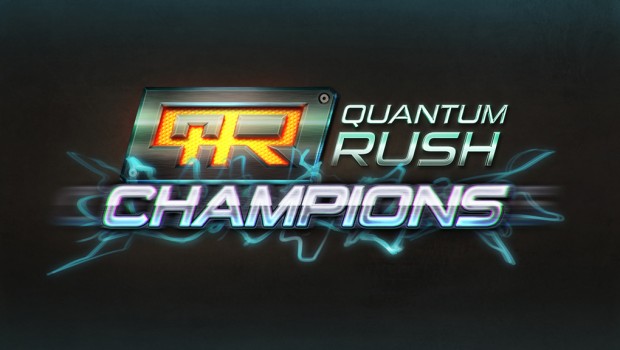 Summary: A fast jump in and out game for a fast fix.

Quantum Rush Champions has some real ups and downs as a title. It’s hard to not compare it to looking a lot like PodRacer only without Pods or the Star Wars Franchise.  Or even Wipeout…..you know you miss that old feel of rocketing in a crazy race.  It has some things going for it as an arcade style quick distraction, but you may not find yourself wanting to jump into too many races if you just scratch the surface.  It’s not until you play with the Arcade racing option that the real fun is found. That’s when the game actually becomes a heck of a lot more fun. The premise is promising and brings high hopes of high speed action….I mean what is there not to like in the premise? Rocket powered antigravity type racers that rip along different tracks picking up different enhancements in the middle of a race…pulling off insane jumps and gravity defying track changes like racing on a track that is sideways to the ground….  Or a complete upside down loop on a pipe tunnel track…Cool heh?  Well maybe a little cool. Like I said…especially the arcade option.

This is a pretty straight forward game…its futuristic fantastical racing. Players starting out have the ability to check out three different manufacturers of racers.  Like anything out there the different builders’ models have different statistics. Effecting performance in the race vehicles in different ways. And handling.

As noted there are various pickups that give the game some slight diversity in attacking the competition. From front firing cannons to a kind smoke screen, to even rockets that can lock onto a target. The key to using them to their best abilities is strategy and not just Willy-nilly firing. When you do hit something there is a real sense of accomplishment in taking out a target.

It’s hard earned since the fellow racers are usually rocketing along and jinking all over the place wildly as well. There is a cool down period that goes pretty fast before you can use the next weapon. But much like the racing going on, it goes by fast. If you run out of secondary weapon pickups there are the tried and true front cannons. Which does have a heat buildup indicator. Over heat and you have to wait for the heat to go down before using them again. Tracks are pretty good, with a diversity of jumps and gravity wrenching moves to be had. If you have that itch for some off the wall out of this world speed and a little mayhem on the side. Quantum rush Champions is the ticket to a fast jump in race game experience.