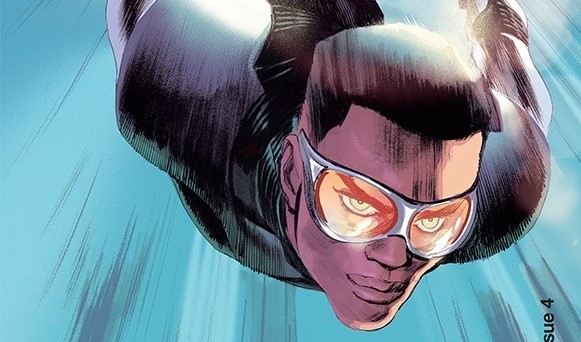 Summary: Out of the frying pan, into the fire.

Armed with two million dollars, Edison Crane sets his sights on ISIS, hoping that this briefcase of cash will buy him access to the ancient ruins of Palmyra. Things don’t always go to plan however, but Crane never lets problematic situation stop him from getting what he wants.

This issue begins in Damascus, following Edison Crane’s jackpot casino win. The people who lost this money are unhappy and Crane is forced to deal with the repercussions of his victory. An old acquaintance, the daughter of a terrorist warlord that Crane imprisoned, surrounds and interrogates him, demanding that he gives the money back or they’ll take it by force. Never one to give in and submit defeat, Crane quickly plans his escape and enacts his getaway with minimal time, making it look like a piece of cake. Rachel, Crane and Rafik now make their way to Syria, with the hopes of finding ISIS, so that they may buy their safe passage to Palmyra. Nothing is ever straightforward and easy for Crane though, and trouble always seems to lurking closely behind.

Meanwhile, the evil satanic cult, the Brotherhood of the Dragon, are preparing to farewell their old leader and swear in a new one. In order to do this, they must perform a blood ritual, sacrificing the old leader in a grotesque ritualistic display for the next generation. Dark times lie ahead, and they embrace their evil overlords with open arms.

Out of the frying pan, into the fire, indeed! I love how the story so far is just one big adrenaline-fuelled adventure. There is quite literally never a dull moment as we watch Crane go from one problematic situation to another more serious one. Because the man is a brilliant genius, I never fear too much for his safety, as I know he’ll always figure a way out in the most creative way. There is a moment where we get to glimpse into how his mind works and solves problems, which I thought was a clever and revealing glimpse into this character. It sheds light on how he manages to problem solve so fast, and how he never makes a mistake with his calculations. Heavens, I wish I had a mind like that!

The pacing is fast and fun, keeping me at the edge of my seat for the entire issue. That thrilling sense of adventure and derring-do is what appeals to me the most about this comic. I love being taken on adventures to “exotic” locales, with a heroic and dashing protagonist leading the way. It’s that little bit if escapism that I personally seek when reading comics, and Prodigy fills that void wonderfully. I keep picturing how much of a crazy ride this will be when Netflix begin adapting the comic for their show. I can’t wait!

I’m also incredibly intrigued with the Brotherhood of the Dragon, finding the sense of mystery surrounding them to be very tantalising in a grim and malevolent way. We get more of a glimpse into their beliefs in this issue, revealing their power structure and ritualistic process for successorship. It’s a gritty and messy business, but they all seem to love their roles and fully embrace their new positions. Hectic!

Rafael Albuquerque once again delivers a fantastic visual feast, as Crane jumps from one chaotic situation to another. I love the diversity on each page, allowing for us to easily become immersed in the layered details we see. Explosions, laser-guided missiles, gun-toting ISIS fanatics and mad aerial dives out of planes, yep, it’s all in this issue and looks bloody brilliant. I have to say though, my favourite scene was the Brotherhood blood ritual. These pages were very stylistic with a striking, graphic quality to them. They really stood out to me, offering some interesting layouts and perspectives, framed with darker shading and inking. Marcelo Maiolo’s colouring was particularly nice during this scene, with a vibrant red and orange palette dominating the page.

Overall, I thought that this was another enjoyable chapter in this series. I love the direction that the story is taking and really look forward to reading the next issue. 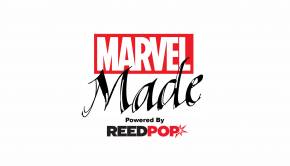 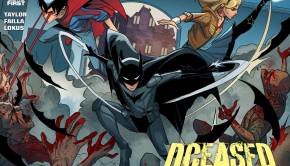