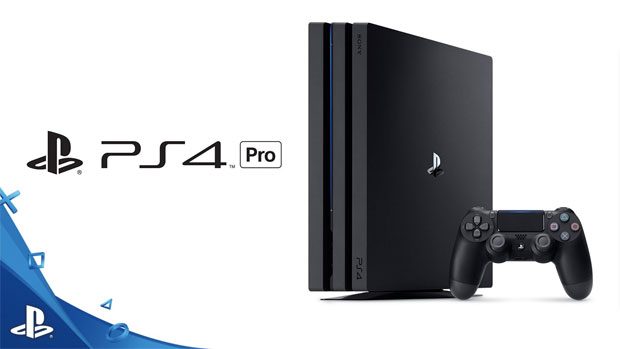 However in order to get the most from this system, you do need a 4K/HDR TV which really blasts 1080p away in terms of graphical resolution. The clarity is truly astonishing and it should also be noted that the Pro  goes straight to a 1TB hard drive. Although the Pro boasts the same AMD Jaguar x86-64 8-core CPU as the original PS4, the clock speed has increased from 1.6Ghz to 2.1Ghz that is roughly a 30% increase in speed. It even has an extra 1GB of RAM for applications (the O/S is considerably faster) in order to give games access to a dedicated 8GB of GDDR5 RAM. Add in improved Wi-Fi (which really works) and you’ve got everything you need to get your game on. The HDMI port has received a makeover from HDMI 1.4 to HDMI 2.0 and there is optical audio out for those lovers of crisp perfect sound. There is one downside to the PS4 Pro and that’s the inability to play 4K Blu-ray movies, however the new XBox One does support this. I’m not sure why Sony didn’t add this feature which does seem like an oversight. However it’s all about gaming here and in terms of playing games, 4K looks amazing and some titles even offer upscaling and improved framerate. When I first saw a game in 4K and even upscaled, I was impressed to no end… and I still am. One interesting directive for developers from Sony is that you cannot program titles just for the Pro. This means no exclusive games and hopefully this will force developers to ensure that games run as smoothly as possible on both systems. Given that, even if you don’t have a 4K TV, you’ll notice the different on the PlayStation 4 Pro which is framerate and clearer graphics. Another great feature of the Pro is the ability of capturing true 1080p video and the ability to save 4K screenshots which look amazing. In all this 4K gaming love, there is one question that needs to be answered for current owners of the original PlayStation 4… that question is … “is the upgrade from the standard PS4 to Pro worth the additional outlay?” If you own a 4K TV and have seen some of the stunning trailers for upcoming games, this may be worth the purchase alone. However if you only own a TV capable of 1080p, you’ll definitely be missing out on part of the upgrade, even though some games will run better and with more attention to detail. So the answer is… if you have the money, own a 4K TV and don’t own a PlayStation 4, the answer is yes.

However if you do own a 4K TV and also a PlayStation 4, you might want to consider seeing the console in person before forking over your hard earned money. Also for existing Ps4 owners, your data can be transferred to the new console which really helps in the transition. Then you have the issue of 4K Blu-ray that unfortunately this console does not support and I’m guessing that when the PlayStation 5 (PS5) does come out (2018?), this will be a feature. In terms of design, the PS4 Pro does remind of the original ‘fatboy’ PlayStation 3 and this new console measures at 295mm (width) x 55mm (height) x 327mm (depth) with a weight of 3.3kg. Compared to the slim ‘PS4’, the Pro is bigger, heavier and slightly larger than the original PlayStation 4. There is also a physical eject button on the Pro opposed to the touch sensitive one on the previous models. It’s also a good looking console and even comes with the new DualShock 4 Controller. This controller now has a light on the touchpad, is a little lighter and supports the new Bluetooth technology. Add in high speed USB 3.1 on the front and back of the console and this is great for charging controllers faster and not to mention improved PlayStation VR. There is a new Wi-Fi antenna inside the Pro that has received an upgrade from 802.11 b/g/n and Bluetooth 2.1 to 802.11ac wireless / Bluetooth 4.0 which really makes a difference. The Wi-Fi on the original Ps4 wasn’t the best unfortunately.

Setting up the new PS4 Pro is a breeze and once you’ve finished going through the wizard, you’ll be ready to start playing. I also noticed that the operating system is faster than the standard PlayStation 4. If you own an existing PS4, there are instructions to help the user transfer information via an Ethernet cable which really helps with the transition. Some of the games that support 4K includes title such as Call of Duty: Infinite Warfare, Deus Ex: Mankind Divided and The Elder Scrolls V: Skyrim – Special Edition. For those games that support the new Pro mode, look out for titles such as Dishonored 2 and Fallout 4 which up the resolution to 1440p. Compared to when the PS4 Pro was first released, there’s a considerable amount of 4K titles and games that support the upscaling of the console.

To PlayStation 4 Pro or not to PlayStation 4 Pro? It’s a tough question, considering it’s a mid-generation but if you’re a perfectionist and want some really impressive graphics while gaming, it will definitely make your answer a little easy. So what are you waiting for, go check out the PS4 Pro!