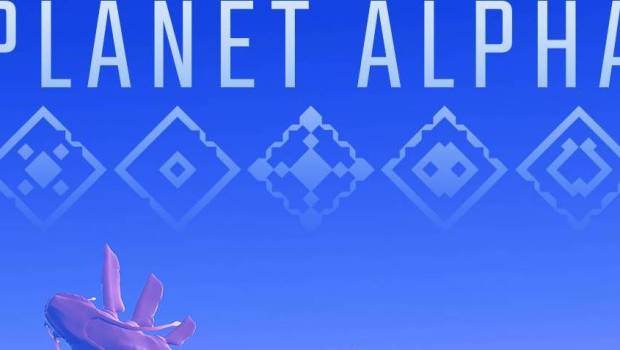 Summary: Planet Alpha is a 2D platformer with great looks and not-so-great gameplay

After playing through Planet Alpha for the first time, I couldn’t help but theorise as to how this game was created. If I had to guess, I’d say Planet Alpha started out as a group of artists challenging each other to see who could create the craziest, most beautiful science-fiction environments in the Unreal Engine 4. Then someone had the idea to string these environments together and throw some platforming mechanics into the mix and suddenly, Planet Alpha was created. I know that’s probably not how it happened, but there feels like a distinct imbalance between Planet Alpha’s aesthetic design and the gameplay. Planet Alphais a 2D puzzle-platformer that follows the journey of a silent space adventurer exploring a mysterious planet. Story elements are intentionally sparse; no background information is provided as to who you are, where you are or why you’re here. The onus is largely on the player to formulate their own narrative from various environmental details littered throughout the levels. Yet as much as I tried to pay attention to these subtle story cues, I wasn’t able to derive much of a narrative from the details I gathered. Despite the lack of narrative, what kept me coming back to Planet Alphais the game’s phenomenal art design. As mentioned above, it seems like a group of environmental artists were challenged to see what they could come up with when they let their imaginations run wild, because Planet Alphafeatures some of the most spectacular environmental art design I’ve seen in a long time. Bright, vibrant colours constantly fill the screen and environments are lush with aesthetic details that make the world feel alive and diverse. But the most impressive aspect of the art design is that despite the gameplay being confined to a 2D plane, Planet Alphadelivers a sense of scale and place in the environment that is simply astounding. Whether it’s gigantic dinosaur-like creatures running past or moon-sized spaceships blasting laser beams overhead, all of the environments have been expertly designed to offer a sense of scope and spectacle that is jaw-droppingly impressive. With all that being said, unfortunately the nature of the 2D platforming gameplay makes the grandiose sense of scale and environmental design in Planet Alphafeel completely separate from what you’re actually doing as a player. As spaceships explode and monsters fight in the background, you’ll most likely be simply pushing blocks and climbing cliffs in the foreground. The game ends up feeling like an amusement park ride – there’s so much interesting stuff going on all around, but all you can do is watch. Playing as the aforementioned silent space adventurer, Planet Alphaoffers all the standard 2D puzzle-platformer gameplay that you’ve come to expect from the genre. The majority of the four-hour adventure will be spent leaping between platforms, pushing blocks to reach higher ledges and hiding from patrolling enemies. Early on in the adventure you’re also granted the ability to manipulate the time of day. This leads to a few interesting and unique puzzles, but ultimately ends up being mainly used as a tool to distract patrolling enemies or create platforms to jump across. Ultimately, this is my biggest issue with Planet Alpha– as varied, spectacular and enthralling as the environmental design is, the gameplay is the complete opposite. There are really only a handful of unique puzzles to solve, with the majority of the obstructions impeding your forward-progress being reused multiple times throughout the game. Plus the environments themselves end up being reused numerous times after a certain point. Add the rather rigid platforming mechanics into the mix and by the time the end credits roll around, you’ll feel as though Planet Alpha overstayed it’s welcome by about an hour. Recommending Planet Alphais a difficult proposition. On one hand, the aesthetic design is absolutely phenomenal and simply watching the best bits on Youtube won’t do it justice. On the other hand, the gameplay quickly begins to feel so repetitive and tedious that many players may simply decide to stop playing before they even see the most impressive moments. If you’re particularly fond of gorgeously-realised fictional game worlds, Planet Alpha is worth checking out – just be prepared for a bumpy ride.