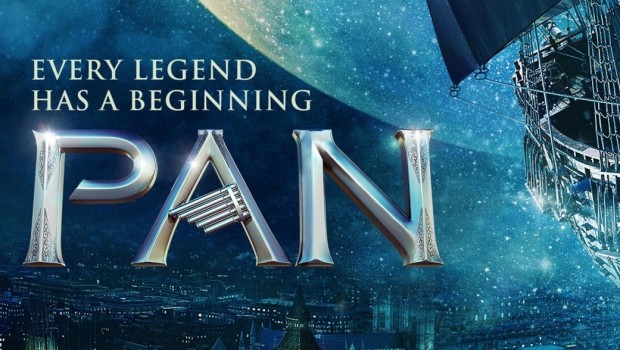 Summary: An origin story in which the titular character really doesn't show himself till the end... and then let's others do the work for him.

There is unquestionably a trend at the moment to create sequels, prequels, origin stories or re-imaginings, Pan wants to sit in the prequel/origin/re-imagining category, unfortunately it gets itself confused and ends up falling on its face (and we are left seeking the happy thoughts of more successful Pan’s).

The idea was a reasonable one, where did Peter Pan come from, how did he come to be in Neverland, what was Hook like when Peter first arrived? These are the notions the writer and director wanted to explore with Pan (they say so quite clearly in one of the extra features)… the problem is while they express an interest in these elements, they don’t seem to have taken the time to write them with integrity and truth of character… or maybe they just lack charisma. A case in point is the character that probably got the public’s attention the most, Blackbeard (played by Hugh Jackman)… his character is louder than life, over the top and quite pantomimey… in fact very early on I feared this was going to go down the Baz Luhrmann path of putting modern music into a period piece and using bright often garish colours… while there is an element of this it didn’t really persist in this fashion (well the colours did). But the character of Blackbeard, on which marketing was so keen, is arguably more of a MacGuffin than a real character. Sadly in the making of material the relevance of Blackbeard is stated as that Hook learnt everything he knew from Blackbeard… which would have been a great set up, we could have seen Hook as perhaps first mate to Blackbeard, both embarking on harsh pirating actions… but instead Blackbeard is a carnival sideshow who huffs pixie dust to stay young. The other giant problem is with Peter himself… though the very beginning seemed promising setting him up as a rascal and someone who was keen to get into mischief… the majority of the rest of the film is everyone else trying to tell him he is the fabled Peter Pan and he keeps refuting it and more or less sitting on the sidelines (the promotional posters of him holding a sword are arguably quite deceptive in this regard). Hook as a character is ultimately very forgettable as well. The writer states in the behind the scenes extras “What if Hook and Peter were friends to begin with…” which I guess could have been an interesting angle to take but it ends up seeming like an idea that was never really fleshed out and only really pursued because it was “unique”. The cast can’t be faulted here, we know they are talented… “our own” Hugh Jackman, Rooney Mara, not to mention an arguably great performance from Levi Miller as Pan but they are just not given material that enables them to make characters I cared for. I suppose it would be reasonable to state that I’m obviously not the demographic for this movie and perhaps that’s part of the problem… the story of Peter Pan is something more geared towards children, however, as previous adaptations have shown there is plenty of scope here for adults to enjoy the escapism as well. As much as children enjoy seeing others of their age having fun and doing fantastical things… those of us who still have a little child at heart can enjoy the notion of what it would be like to have remained at a carefree age and be able to just go through life as one big adventure.

There is a very real chance that the majority of us are so filled with prior tellings of the Pan story that we simply can’t stomach any major change to the principle characters. It is also possible that some things are better left as mysteries. Perhaps the origin of Pan is like a Magician’s trick… there could be a handful of people who would get a kick out of knowing how he came to be… but for the rest of us, perhaps any explanation of where he came from simply takes away the magic, it takes it out of the scope of our own imagination and sets it too firmly in reality?

There’s a chance your children may like this, but otherwise I would steer clear for the second star from the right and keep going till morning.