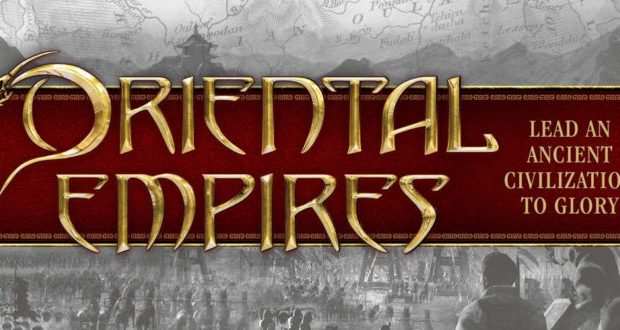 Oriental Empires looks and seems like a great idea. Take the fascinating history of Ancient China and apply it to a turn based 4X strategy game mechanic. It makes a nice attempt at that… but ultimately I feel falls a bit short. The first issue is how harsh it is in regard to teaching you how to play. There is no tutorial as such (not a bad thing in and of itself)… but you do get “suggestions” from an advisor… the problem with these suggestions is that it’s not always clear how to follow this advice. You start off with two units on land near your main city and one of the first things you are told is to send your settler to make a new city nearby… great… where’s my settler? It turns out that the marker for your city has two distinct portions… click on one portion and you are taken to the city management screen, click the other and you are taken to the “resident” unit’s screen. So eventually I figured out where they were and sent them off. The city management screen was similar. Everything looks familiar due to having that heavily inspired by Civilization aesthetic… but the functionality is a bit different. Once you get the hang of the controls though you will be off and running. This is where the second issue reared it’s head. If you’ve played Civilization (and who hasn’t at least dabbled in that time vortex) you will know that despite your best efforts to play the game as a pacifist… you are frequently drawn into combat. In Civilization though you do get a reasonable bit of time to get accustomed to everything and to set yourself up before you are likely to be attacked. In Oriental Empires the time between your first contact and your first conflict is very short (or at least it was for me.). It’s also, again, not overly clear how you communicate with your neighbours so efforts to prevent war are an uphill battle. This brings me to the last frustration I have. This frustration is possibly simply my fault for interpreting the promotional images the wrong way but I got the distinct impression this was going to have at least some elements of Total War like battles. As it turns out they are essentially nothing like them at all. You can certainly zoom into a battle and view it from a similar perspective to Total War but the actual combat is outside your control… all you can do is spectate. With all those caveats out of the way… the game does have strengths. The visuals are quite pleasing. The historical elements are interesting and the overall setting is quite refreshing. There’s a lot of depth here for people willing to put in the work to understand the controls and the dynamics. Hero units can help inspire your troops and if they die their heir can take up their cause (at a slight cost to status quo). For the casual gamer I would probably give it a miss though as it’s not interested in holding your hand while you find your feet.