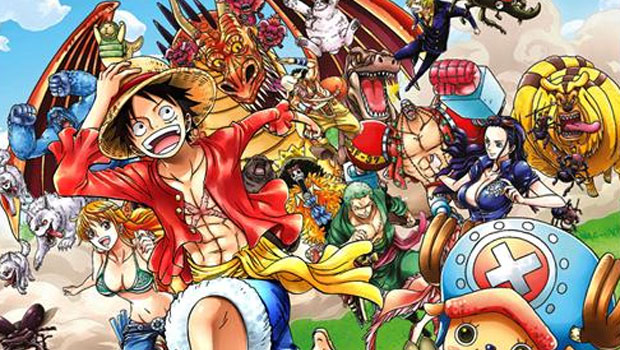 One Piece is a staple in the gaming world and now it’s time for the Nintendo Switch to experience the craziness of the Straw Hat Pirates. In One Piece: Unlimited World Red Deluxe Edition, the Straw Hats come across a mysterious creature by the name of Pato and they agree to help this cheery fellow. So while Pato leads them to the Forgotten Island, they encounter the villainous Red Count who kidnaps all the pirates bar Luffy. So teaming up with Pato, the player must help Luffy find his friends and investigate what Red Count is up to. At its core, One Piece: Unlimited World Red Deluxe Edition is an action RPG that offers players a massive world to explore as they embark in a variety of quests. It’s also a game for fans and if you’re not a fan of One Piece, you might want to find your gaming fix elsewhere because there’s quite a bit of backstory in this title and to pay homage to fans, this story was written by the creator of the Manga, Eiichiro Oda. The game is also nicely progressed with cutscenes to help push the story along which look fantastic! With lots of exploring, battles and talking with characters, the game does boast a bit of grinding as you go from quest to quest and travel the vastness of the Forgotten Islands. Given that, there’s plenty of beat ‘em up fun to be found as you pummel the absolute living daylights out of your enemies with lots of different tactics. The game also does a good job at teaching you the basics and you commence your adventure in the town of Transtown which is your home base. So as you find your missing friends, this gives you access to other characters during your quests with a total of 3 members at a time. Speaking of Transtown, this hub does allow the player to upgrade the area in order to increase the scope of the gameplay.

As mentioned, this game does focus on grinding, however it is needed, especially when you come across the boss characters which at times can be a challenge.  I found the boss battles a fun challenge as each has a different method of defeating them. Sure, brute force works as well but strategy does play a key component of this title on the Nintendo Switch and it’s always refreshing fighting a new boss. Apart from questing, the game includes an area called the Coliseum which allows you to engage in some mini-games, including different types of fights which open up new characters for the player. My favourite aspect of the Coliseum was the Boss Rush Battle which requires you to beat bosses in order to progress up the ranking system. Add in duels, scramble and the Battle Royale and I spent way too much lost in this aspect of the game.

Controls are well mapped on the Switch which easily allows you to perform a variety of combos, including swapping between your party members on the fly. You can play the game with the AI, however the title does allow for multiplayer which adds a little more strategy to the title. On the Switch, the game works well in both the tablet and TV modes, however you really can’t beat the tablet method as it allows you to play the game anywhere and everywhere. All in all, the game mechanics of this title work well, especially on the Nintendo Switch. Graphically, the title channels its inner One Piece core that is very reminiscent of the Anime and the Manga. It’s quite a colourful game with lots of fun special effects, decent animation and spectacular battles, including 60 frames per second. The only downside to the graphics is that the backgrounds are a little Spartan at times and the camera angles can get a little annoying. For audio, the voice acting helps with the overall atmosphere as does the soundtrack and fun battle noises to help immerse you into the title. One Piece: Unlimited World Red Deluxe Edition is a decent addition to the stable of Nintendo Switch games and of course from a Once Piece perspective. It’s a fun experience on the Nintendo Switch with lots of quests to embark on and is a relatively sturdy gaming system. The multiplayer component of the game could have been fleshed out more but nonetheless, it creates a fun game for fans of the One Piece series.