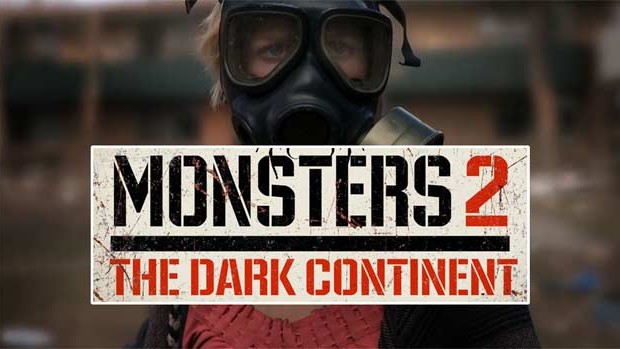 Summary: : Dark Continent was an enjoyable yet ultimately forgettable film but if you enjoyed films like Aliens than this film may just be what the doctor ordered

Directed by Tom Green, Monsters: Dark Continent is the sequel to Monsters that had a NASA space probe crashing on earth with alien stowaways. As a result, the American and Mexican military created a quarantine zone which obviously didn’t work too well because things have once again hit the proverbial… cue Monsters 2 with some forced social commentary.

The sequel is set ten years after the devastating events of the original film and these alien creatures have moved beyond their quarantine zone as the entire planet has been effected. Unlike the first film, Monsters: Dark Continent is set in the Middle East which seems to be (pun intended) a Mecca for these creatures. As a result, the military have focused their attention on this part of the world in order to contain the threat to mankind. The story of Monsters: Dark Continent focuses on four friends who have joined the military in order to fight this new outbreak in the Middle East but in classic Aliens fashion, only two of them remain which include soldiers Noah Frater (Johnny Harris) and Michael Parkes (Sam Keeley).

However like the original film, director Green does question who the villain is in the film and definitely leans towards the humans as Noah and Michael are caught between orders from their military, the local insurgence and of course these giant monsters that “threaten” the world.

The film also has parallels to James Cameron’s Aliens film as this title is more focused on that US-American military feel which actually does work and definitely creates a distinction between this film and the original. Given that, there is a little too much testosterone and clichéd writing for me but it’s actually a relatively fun watch. To compliment the story of Monsters: Dark Continent, there’s some great cinematography used to recreate the Middle East and the visuals of the monsters are quite striking, even though the budget is relatively small when compared to other blockbuster films of this genre. Furthermore, there’s some decent special effects in the story but it does have this slight layer of telemovie.

Besides Johnny Harris and Sam Keeley, there’s some other actors who have some good roles like Sofia Boutella who plays a local and has some good moments, including Uriel Emil as the local insurgent leader that add an extra layer to the story. Parker Sawyers who plays one of the friends of Noah and Michael also has some moments but unfortunately his character is a little clichéd and seems to be used more as an emotional crutch opposed to further plot development. Well presented on Blu-ray, Monsters: Dark Continent is quite different from the original film Monsters due to the main characters who are polar opposites and in this current instalment, it’s a little predictable and clichéd. This is not to say that the film is bad but it takes a different angle on the universe and from a different set eyes that are through the eyes of soldiers.

In conclusion, Monsters: Dark Continent was an enjoyable yet ultimately forgettable film but if you enjoyed films like Aliens or Transformers than this film may just be what the sci-fi doctor ordered!